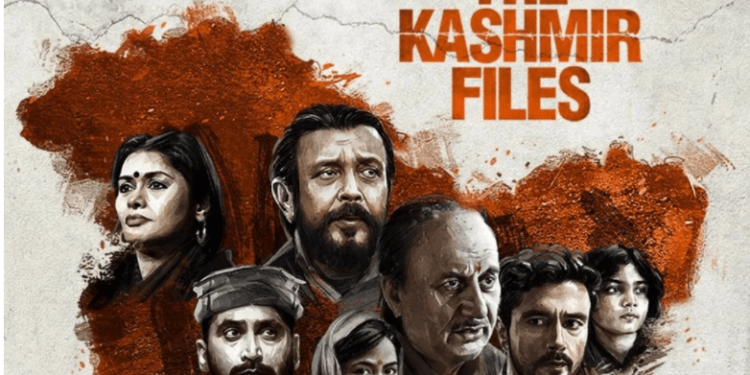 In the latest endorsement for Director Vivek Agnihotri’s hotly-debated movie ‘The Kashmir Files,‘ Prime Minister Narendra Modi today said that such films “reveal the truth” and claimed that there has been a “conspiracy” to discredit it. Speaking at the BJP parliamentary party meeting in Delhi, PM Modi took a swipe at the critics of the films and said that they are furious because the recently-released movie is foregrounding the truth that was deliberately kept hidden.

“The entire Jamaat (gang) that raised the flag of freedom of expression has been furious for 5-6 days. Instead of reviewing the film on the basis of facts and art, there’s a conspiracy to discredit it,” he said.

The movie, directed and written by Vivek Agnihotri, depicts the exodus of Kashmiri Hindus from the state after systematic killings of people from the community by Pakistan-back terrorists.

PM Modi added that his concern is that the truth should be brought out in a proper manner. “My concern is not just the film. I believe that it is beneficial for the nation to bring out the truth in the right way. It can have many aspects. Some see one thing, others see something else,” he said.

He then attacked the movie’s critics, alleging that the negative reactions to the films are coming from those who deliberately tried to hide “the truth” for many years. “Those who think that this film is not right should make their own film. Who’s stopping them? But they are surprised that the truth that they kept hidden for so many years is not coming out. Those who live for the truth have a responsibility to stand with the truth at such a time,” PM Modi said.

Several BJP ruled states have exempted the film from entertainment tax, with some Chief Ministers even explicitly backing the recently released Bollywood movie.

Assam Chief Minister Himanta Biswa Sarma has said that he and his entire cabinet would watch the film.

In neighbouring Tripura, Chief Minister Biplab Kumar Deb announced that the state government would make screening of the film tax-free.

The Madhya Pradesh government yesterday announced that policemen in the state will be granted leave to watch the film. Chief Minister Shivraj Singh Chouhan had on Sunday exempted it from entertainment tax in the state, saying that movie deserves to be watched by maximum people.

Goa’s caretaker Chief Minister Pramod Sawant has also said that the film will continue to be screened in the state with maximum possible shows.