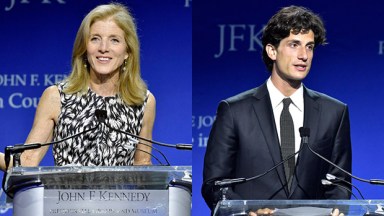 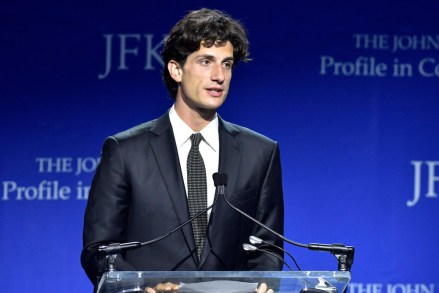 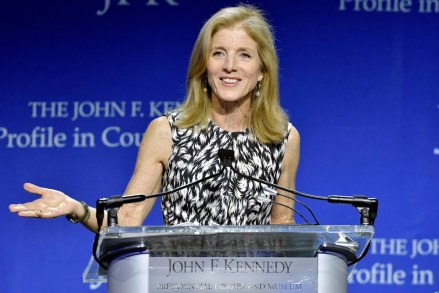 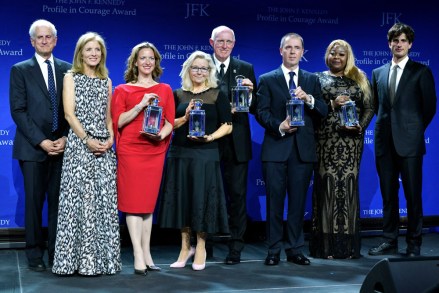 Caroline Kennedy, 64, and her son Jack Schlossberg, 29, proudly presented Volodymyr Zelenskyy with the JFK Profile in Courage Award at the ceremony for the event, which took place at the John F. Kennedy Presidential Library and Museum in Boston, MA on May 22. The daughter of the late President John F. Kennedy also said some kind words about the President of Ukraine, who was one of five recipients of the award this year, in a touching speech that mentioned the tragic Russian invasion of his country. President Zelenskyy, who has stayed in Ukraine during this tough time in history, was not in attendance at the event, but the honor was accepted for him by Deputy Chief of Mission at the Embassy of Ukraine Yaroslav Brisiuck. 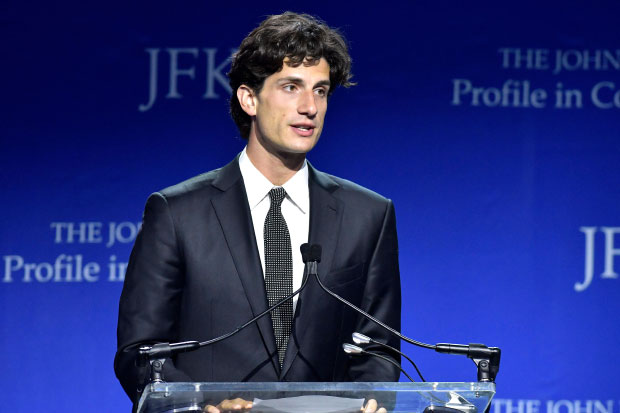 “In a few exceptional cases when their political courage has inspired the world, we have given the  Profile in Courage Award to an international elected official—and tonight is one of those,” Caroline said about President Zelenskyy at the ceremony. “President Volodymyr Zelenskyy of Ukraine is doing the impossible every day.” 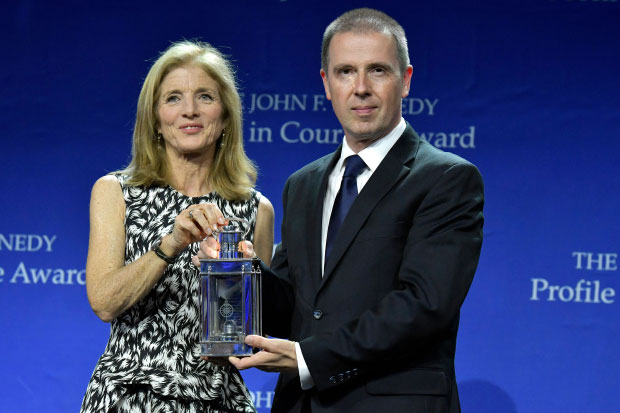 Caroline Kennedy presenting the Profile in Courage Award to the Deputy Chief of Mission of the Embassy of Ukraine on behalf of President Zelenskyy. (JOSH REYNOLDS/AP/Shutterstock)

“His courage and his defense of democracy is reminding us all of what is most precious and fundamental to our  way of life,” she added. “His bravery and courage are only exceeded by that of the people of Ukraine—and  they are unifying the world, including Americans, to fight for freedom and the rule of law.”

Another recipient to receive the Profile in Courage Award was Republican Congresswoman Liz Cheney. Jack presented the politician with the award and talked about the many positive things she’s done for the U.S. over the years, including standing up to former President Donald Trump when he falsely claimed the 2020 presidential election was “rigged” when he was defeated by President Joe Biden. 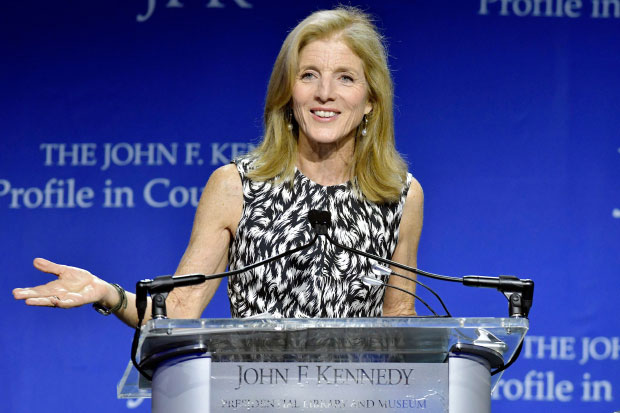 Caroline Kennedy at the Profile in Courage Awards. (JOSH REYNOLDS/AP/Shutterstock)

“In 2019, she became the highest-ranking Republican woman ever in the House. But when former President Trump and others attacked our democracy, Congresswoman Cheney put country before party and her own political interest,” Jack said.

“Her independent stand cost her her leadership position, key supporters, and she has faced countless threats and public attacks,” he reportedly added. “But she has not wavered under pressure, serving now on  the January 6th committee, and running for re-election back home.”

The Profile in Courage Awards honor was created in 1989 by the late President Kennedy’s family. It is meant to recognize “a public official (or officials) at the federal, state or local level whose actions demonstrate the qualities of politically courageous leadership in the spirit of Profiles in Courage, President Kennedy’s 1957 Pulitzer prize-winning book,” according to the JFK Library and Museum website.

The full streamed ceremony of the 2022 Profile in Courage Awards can be seen in the video above.