58
Shares
Facebook22Twitter14WhatsApp3Telegram1
Linkedin1Pinterest5Tumblr1
Christina Haack and her husband, Joshua Hall, put on a united front with her ex, Tarek El Moussa, and his wife, Heather Rae Young, on May 12. The whole group attended an… 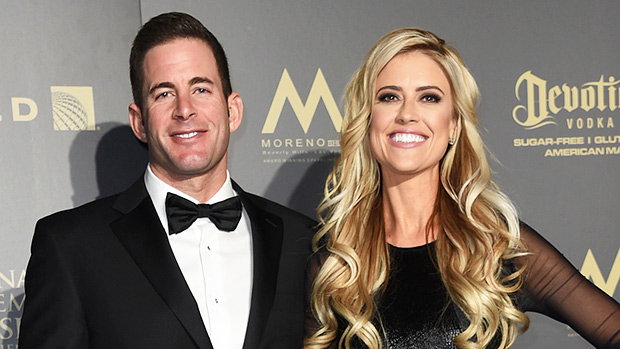 Christina Haack and her husband, Joshua Hall, put on a united front with her ex, Tarek El Moussa, and his wife, Heather Rae Young, on May 12. The whole group attended an event for Tarek and Christina’s daughter, Taylor, and they posed for a family photo together. “Co-parenting 101,” Christina captioned the shot. “Kids come first.”

The happy family photo comes just days after Christina and Heather were photographed getting into an apparent spat while attending Christina and Tarek’s son, Brayden’s, soccer game. Photos showed Tarek seemingly stepping in to pull Heather away from Christina amidst the confrontation. Afterward, the group released a joint statement about the situation. “A personal matter was discussed and has since been resolved,” the family said. “We are focused on co-parenting as a team moving forward.”

This is not the only drama that the family has faced lately. Earlier this week, Brayden was hospitalized and had to undergo an emergency appendectomy. Christina referenced the situation in her Instagram post, as well. “Brayden is recovering well and we are all grateful,” she confirmed. “It has been a very rough few weeks, ready for some peace.”

Christina has also been in the midst of issues with her second husband, Ant Anstead, who she shares a two-year-old son, Hudson, with. In April, Ant filed for full custody of Hudson, which Christina said “deeply saddened” her. Ant also accused Christina of “poor parenting” in his custody filing. Christina denied Ant’s claims that she was an “unfit parent” in a response of her own.

Christina and Tarek were married in 2009 and separated in 2016. She filed for divorce the following year and subsequently started dating Ant. She and Ant married at the end of 2018, but announced their split in Sept. 2020. In April 2022, Christina married Joshua, less than one year after they started dating. Meanwhile, Tarek and Heather began dating in 2019 and were married in Oct. 2021.