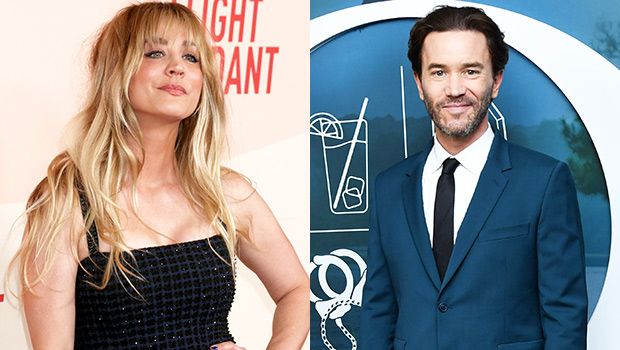 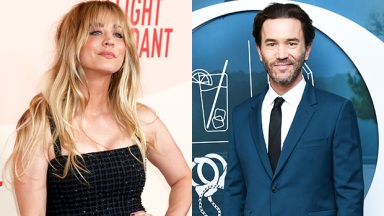 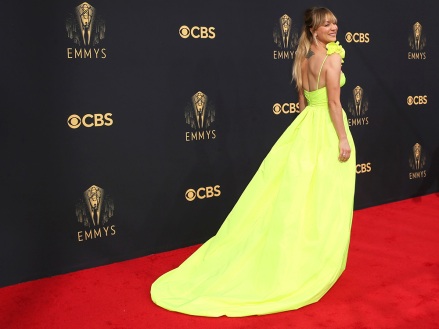 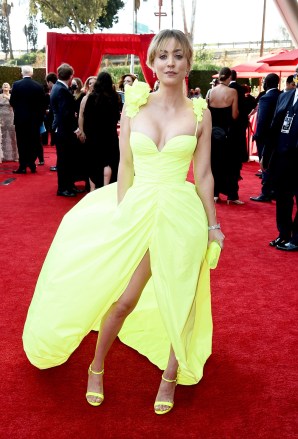 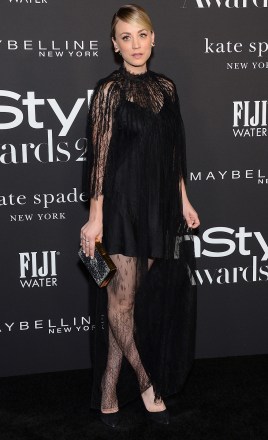 There’s love in the barn! The Flight Attendant actress Kaley Cuoco and Ozark actor Tom Pelphrey looked giddy as they cozied up and kissed in several PDA-filled snapshots. Kaley, 36, shared the photos on her Instagram story on May 12 following a date at a barn. The first photo shared by the actress showed her new 39-year-old beau posing next to a mini horse with the caption, “First barn day = magic.” The second photo showed Kaley sitting atop a horse wearing a blue helmet getting ready to go for a ride. Her long, straight blonde hair was tied back into a low ponytail. That image was followed up by a selfie of the lovebirds kissing.

Other photos in the story showed Kaley grinning as she fed an apple slice to a cow and Kaley hugging a brown goat as Tom snapped another selfie with her. The last photo of their farm date showed the new couple hugging. Kaley put a black and white filter over the sweet picture and pasted three black hearts at the bottom of the screen.

The new PDA comes about a week after the couple went Instagram official when Kaley posted a series of photos to show “life lately” on May 3. Several of the snapshots in her carousel were loved-up Polaroids the couple had taken together. The last photo in her slideshow showed Tom sweetly kissing her cheek. “Life lately… ‘the sun breaks through the clouds, rays of gold slipping into my eyes and heart, rays of yellow to break the grey,’” she captioned the post. Tom shared the Polaroids on his own Instagram page as well.

Kaley Cuoco: Photos Of The Actress

Tom is Kaley’s first boyfriend following her divorce from husband of three years, Karl Cook, 30. “Despite a deep love and respect for one another, we have realized that our current paths have taken us in opposite directions,” they said in a joint statement on Sept. 3, 2021. “We have both shared so much of our journey publicly so while we would prefer to keep this aspect of our personal life private, we wanted to be forthcoming in our truth together. There is no anger or animosity, quite the contrary.” The Big Bang Theory star was also previously married to Ryan Sweeting, 34, between 2013 to 2016.

In April, Kaley stated that she doesn’t plan to ever marry again. “I would love to have a long-lasting relationship or a partnership. But I will never get married again. Absolutely not. You can literally put that on the cover,” she told Glamour. Maybe Tom will be the one to give her the partnership she’s after!