58
Shares
Facebook22Twitter14WhatsApp3Telegram1
Linkedin1Pinterest5Tumblr1
Image Credit: Broadimage/Shutterstock Kendall Jenner is a pro at modeling as she can turn any room into her personal runway. Such was the case on Tuesday, May 10, when… 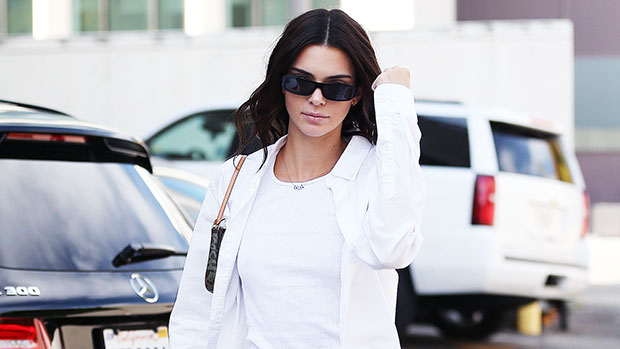 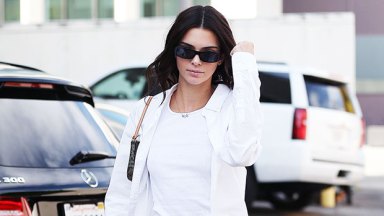 Kendall Jenner is a pro at modeling as she can turn any room into her personal runway. Such was the case on Tuesday, May 10, when the 26-year-old reality star posed for her life in a bathroom for some sassy selfies. Taking to her Instagram Stories, Kendall shared a snap rocking a crop top and tiny shorts as she held out her arm in a statuesque manner.

The revealing snaps come after she wore a similar, barely-there ensemble while attending an after-party for the Met Gala. Kendall stepped out in pink-colored lingerie underneath a sheer, lace crop top and skirt to the delight of all her fans. Just hours earlier she dazzled in a Prada two-piece outfit for the actual event, giving the shutterbugs exactly what they needed at the red-carpet soiree.

When she’s not giving her fans a treat with her public displays of fierceness, Kendall is going from strength to strength with her boyfriend Devin Booker. The model even recently revealed she keeps a photo of the handsome NBA star as her lock screen on her phone! The adorable pair were rumored to be together since June 2020 — but it wasn’t until last February that they made it official and finally let fans stop wondering! And even though Devin’s rigorous schedule with professional basketball can keep them apart, he still wants to give Kendall his all. “They have a tremendous bond and really get along through laughter and he knows he will see her through the season, but he is fully aware they both have busy careers that they must nurture,” one source EXCLUSIVELY told HollywoodLife. “So, this time with her is important and he is going to take full advantage of it while he has the time.”

“Things between Kendall and Devin have definitely progressed over the past few years, and they make a really cute couple,” a second source EXCLUSIVELY shared. “Kendall is so happy with Devin and she loves spending as much free time with him as possible.”