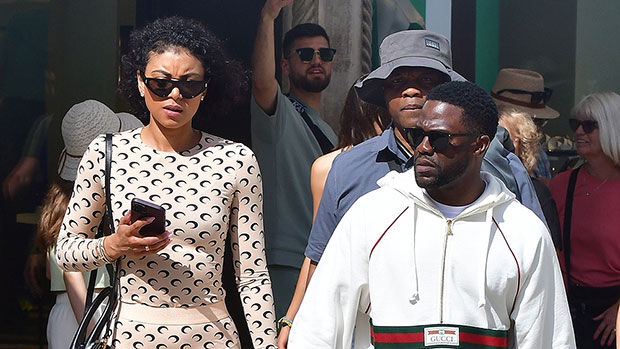 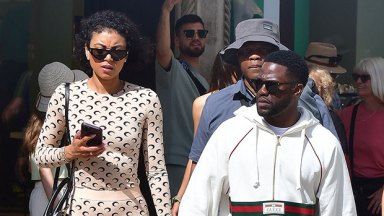 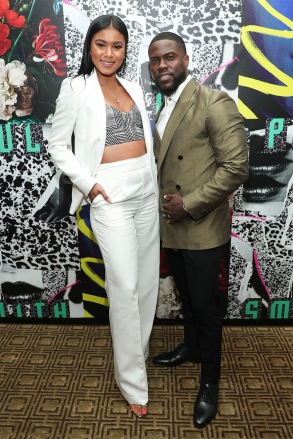 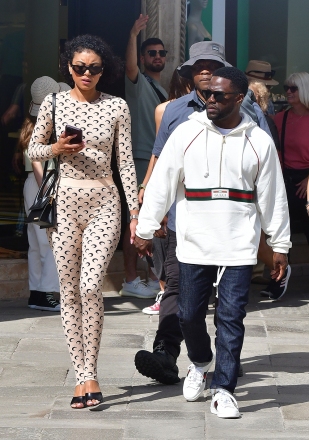 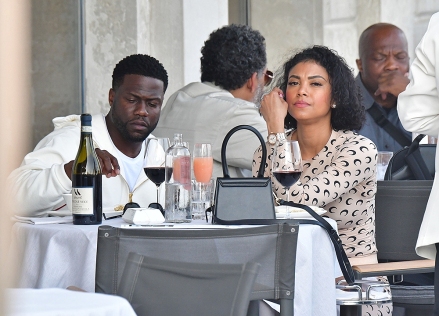 Kevin Hart, 42, is enjoying a trip to Venice, Italy, with wife Eniko Parrish, 37 — and his cell phone! The Fatherhood actor was seen enjoying the sunshine in the romantic city with his love on May 13, walking casually and dining outdoors. In both cases, both parties appeared to be enjoying both each other, and their phones. In the photos, Kevin rocked a white long-sleeved Gucci hoodie with a zip front, matching sneakers, and blue jeans. Eniko wore a full, peach-colored bodysuit with a simple pattern, open-toed heels, and understated jewelry. She also carried a classic black handbag. The couple both finished their looks with the ultimate Venice accessory — sunglasses! 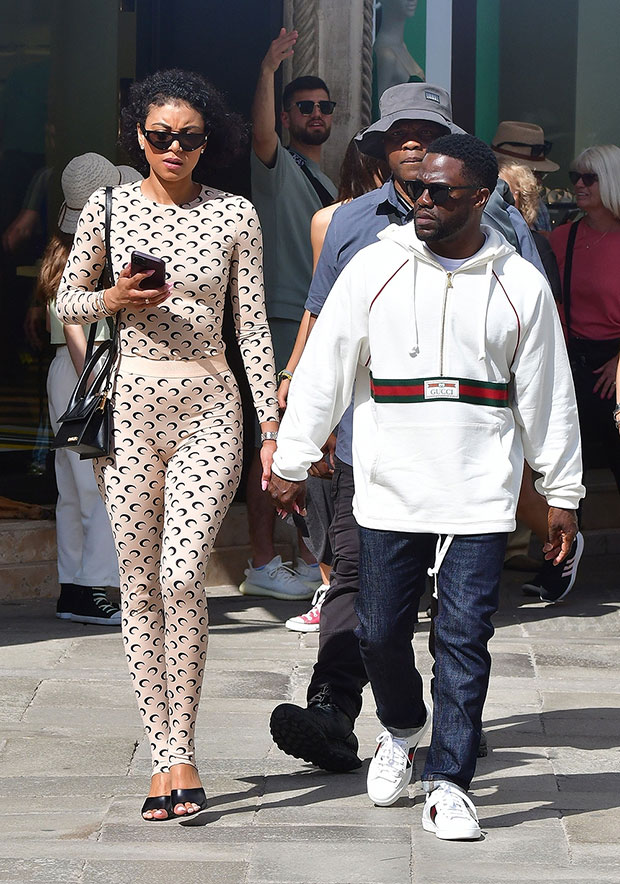 Kevin is currently in Venice to film scenes for his movie Lift. Little is currently known about the movie, but Kevin stars and produces, while F. Gary Gray of The Italian Job directs. The tagline per IMDb states that the film “Follows a female master thief and her ex-boyfriend who team up to steal $100 million in gold bullion being transported on a 777 passenger flight.”

The star took to Instagram on May 11 to update his 143 million-plus followers with an epic on-set pic. In it, Kevin looked smashing in a brown suit while standing on a red carpet. “Small man who’s focused on doing Big things!!!!! #ComedicRockStarShit #SuitedAndBooted” he captioned the pic. 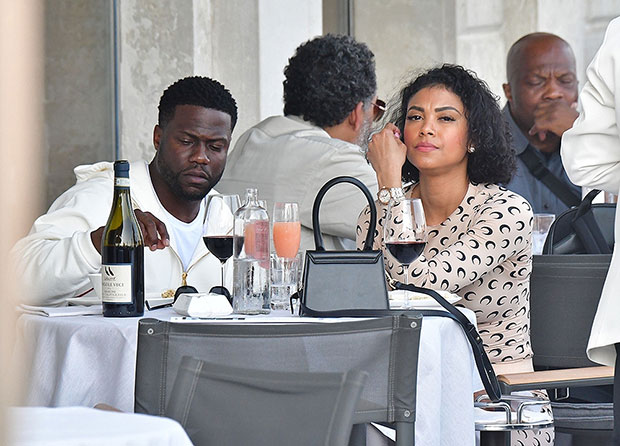 It makes sense that he’d want his gorgeous wife along for the ride. Kevin married the model and actress in beautiful Santa Barbara, California on August 14, 2016 — almost exactly two years after he proposed on August 19, 2014. They’ve since welcomed two children together, 4-year-old Kenzo Kash Hart, born in 2017, and 1-year old Kaori Mai, born on September 29, 2020.

The two seem to be a rock-solid couple despite allegations of cheating in 2017, when Eniko was pregnant. However, he told He told The School of Greatness podcast that his wife of almost six years is “the strongest person in the world.” “She came to an amazing conclusion of, ‘I like the fact that we have a family, that we have a household, and I like the fact that we now got a job to do to get better. That’s what you owe me. You owe me the get-better.’”

Kevin continued, saying that she “held him accountable.” Kevin has two other children with his ex-wife Torrei Hart — Heaven Leigh Hart, 17, and Hendrix Heart, 14.