58
Shares
Facebook22Twitter14WhatsApp3Telegram1
Linkedin1Pinterest5Tumblr1
Khloe Kardashian, 37, and her 4-year-old True Thompson are the most adorable mommy-daughter duo! The pair got cozy in mom’s bed on Tuesday in a video posted by the reality star.… 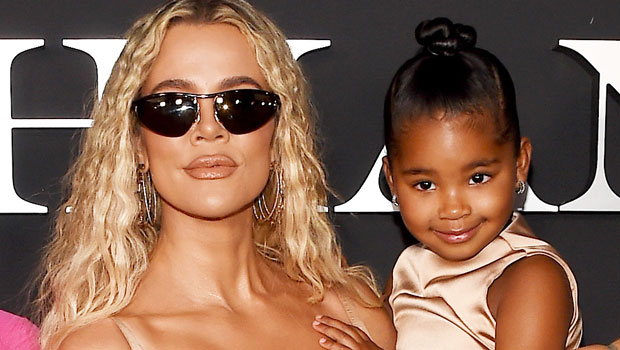 Khloe Kardashian, 37, and her 4-year-old True Thompson are the most adorable mommy-daughter duo! The pair got cozy in mom’s bed on Tuesday in a video posted by the reality star. “Hello my name is Mommy,” Khloe said while her daughter sweetly chimed in, “My name is True!”

Khloe went on to ask True numerous other questions, like how old she thought mommy was. “31,” the toddler responded, just a few years under the mark.

The girls continued to gab as True shared some funny answers to her mom’s questions, like saying her name was “Fish” at one point and that her favorite day of the week was “Kylie,” referencing Kylie Jenner, whom Khloe called “Auntie Kylie.”

The video of True comes about a month after another adorable clip was seen of the little one with her cousin, Stormi Webster, at her 4th birthday party. In the video at the cat-themed bash, the two girls jumped up and down next to a mascot cat, clearly having the time of their lives! They looked so sweet in their dresses as they held hands and showed off their pink hair pieces. Stormi even moved her hips side to side as she grooved to the beat, clearly inheriting dad Travis Scott‘s love of music!

True looked ultra-stylish in her little pink Dior print dress, looking like the original 2000s run when the print was released under John Galliano. The on-trend dress also included a festive ostrich feather trim, perfect for the birthday girl! Both True and Stormi also sported hair pieces, just like at Chicago‘s 4th birthday bash (which was jointly held with Stormi’s) back in January.

Other cousins made appearances on Khloe’s social media feed too around the party, including nieces Dream, 5, and Chicago, as well as nephew Psalm, 2. “Girls are here! Dreamy and Chi-Chi!” Khloe said as she filmed the girls in a ball-filled pit, that also included cat stuffed animals. Dream was also looking adorably in her silver sequin dress that glimmered in the sun! “Psalmy is here!” she added, as the 2-year-old crawled his way in to join big sister Chicago and his two cousins.