59
Shares
Facebook23Twitter14WhatsApp3Telegram1
Linkedin1Pinterest5Tumblr1
View gallery While Marc Anthony‘s most notable relationship may be his 10-year marriage to pop superstar Jennifer Lopez, 52, the 53-year-old musician and actor has been married two other… 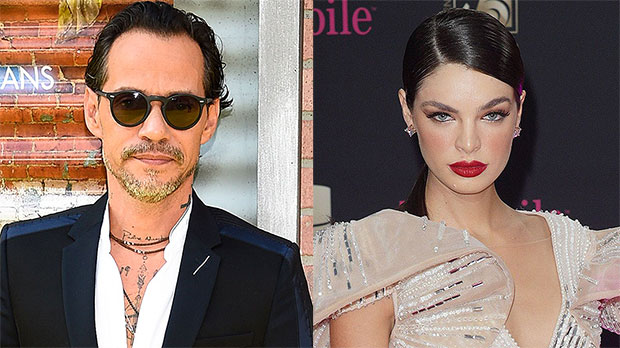 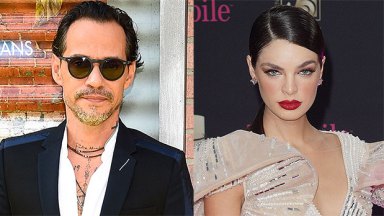 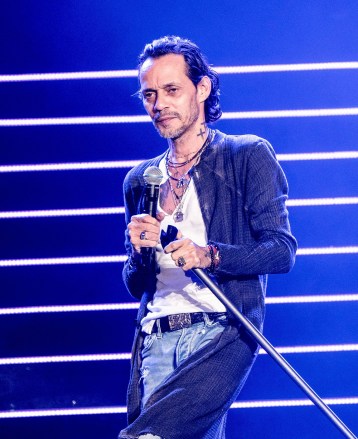 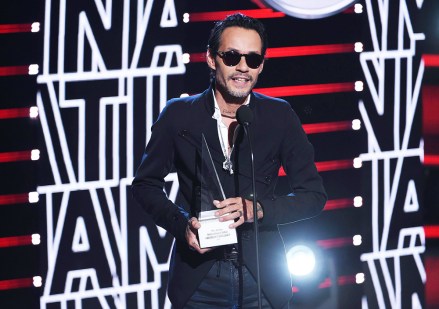 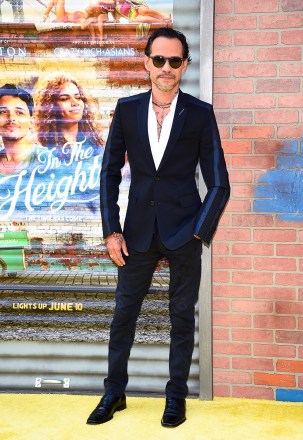 While Marc Anthony‘s most notable relationship may be his 10-year marriage to pop superstar Jennifer Lopez, 52, the 53-year-old musician and actor has been married two other times. He walked down the aisle with former Miss Universe Dayanara Torres, 47, in 2000 before his 2004 wedding to Jennifer. Following his and the “On the Floor” singer’s separation, he married model Shannon De Lima, 33. The marriage lasted two years.

Despite being divorced three times, Marc has not given up on love. On May 12, he and girlfriend Nadia Ferreira, 23, announced their engagement. As some may be wondering if the fourth time’s the charm for Anthony, here’s a look back at his past marriages and relationship with his pageant queen fiancée. 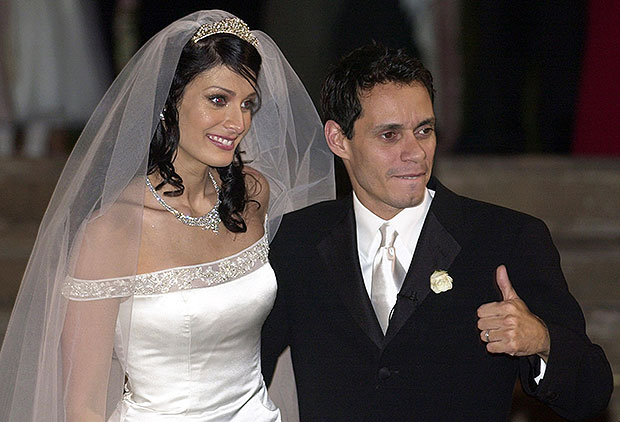 Dayanara Torres and Marc Anthony walk down the aisle in 2000 (Photo: Andres Leighton/AP/Shutterstock)

Puerto Rican actress, reality star, and former Miss Universe Dayanara Torres and Marc Anthony walked down the aisle in Las Vegas in 2000. They welcomed two children into the world together: boys Cristian and Ryan, born in 2001 and 2003, respectively. Cristian and Ryan were the couple’s first children together, but Marc had two children, Ariana and Chase, previously with his ex-girlfriend, Debbie Rosado.

Dayanara and Marc’s relationship was full of ups and downs. For instance, they broke up in July 2002 but then reconciled and renewed their vows in December of that year, according to CBS News. However, their love was numbered after giving birth to their second son and in 2004, they divorced after filing a mutual divorce petition.

Dayanara looked back on her and the Man on Fire actor’s divorce during Univision’s Spanish-language dance competition show Mira Quien Baila in 2017. “The hardest moment of my life was definitely the divorce,” she said with tears in her eyes, per People. “It’s been so many years now that someone can look back and say, ‘You know what, it had nothing to do with me.’” 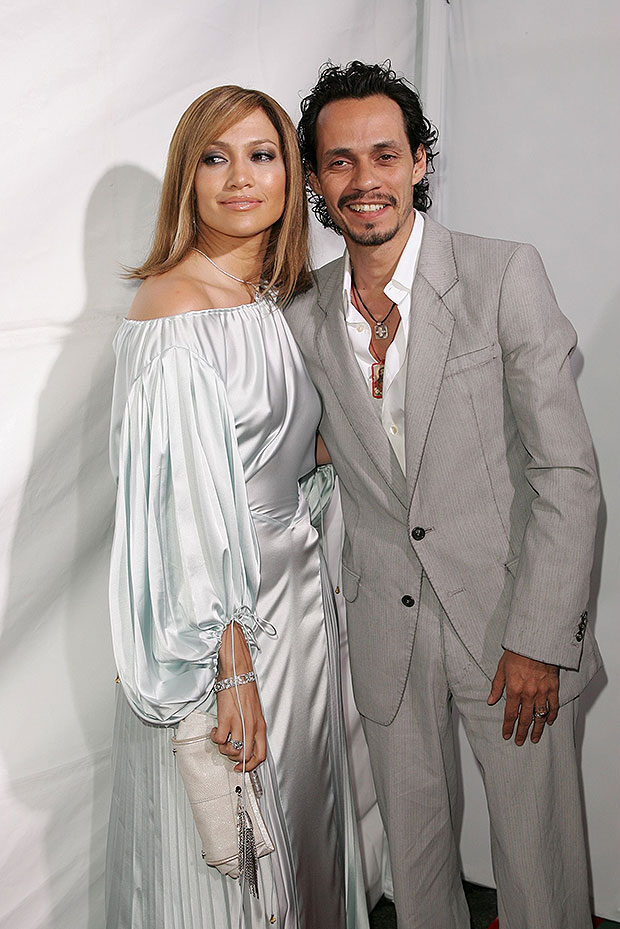 Jennifer Lopez and Marc Anthony’s relationship was not straightforward either. They met in 1998 while backstage at the Broadway musical, The Capeman, in which Marc had a part. Apparently, some of Marc’s first words to the “Jenny from the Block” singer were that he would marry her one day, which she recalled in her 2015 memoir, True Love. However, they didn’t date right away. Jennifer divorced her first husband, Ojani Noa, in 1998. She then dated rapper P. Diddy, married and divorced her backup dancer Cris Judd, and dated and got engaged to Ben Affleck, who she famously rekindled her love with in 2021. It wasn’t until 2004 that Marc’s prediction came true and he dated and then quickly walked down the aisle with Jennifer.

The couple seemed to be going strong when they welcomed twins Max and Emme in 2008. However, rumors of trouble began around 2009 and some even involved Marc’s ex-wife, Dayanara, as some said they were hooking up. Dayanara was quick to speak out against the gossip. “There are a lot of bad people out there,” she told El Nuevo Día, per People Espanol. “He’s just the father of my kids. I’m not going to waste my energy on these rumors.” Two years later, though, Jennifer and Marc announced their separation, but didn’t legally end their marriage until 2014.

Jennifer has opened up about her positive relationship with Marc a handful of times since their divorce, and there seems to be absolutely no bad blood between the former lovers. “Marc and I are very good friends, we’re very supportive,” she gushed to Huffpost in 2014. “I feel it’s my responsibility as a mom when their dad is not there to let them know that their dad loves them very much because that’s the doubt that they have when he’s not around or they haven’t seen him. That’s my job to do that the same way it’s his job when he’s with them to say, ‘Mommy is working and she loves you.’” 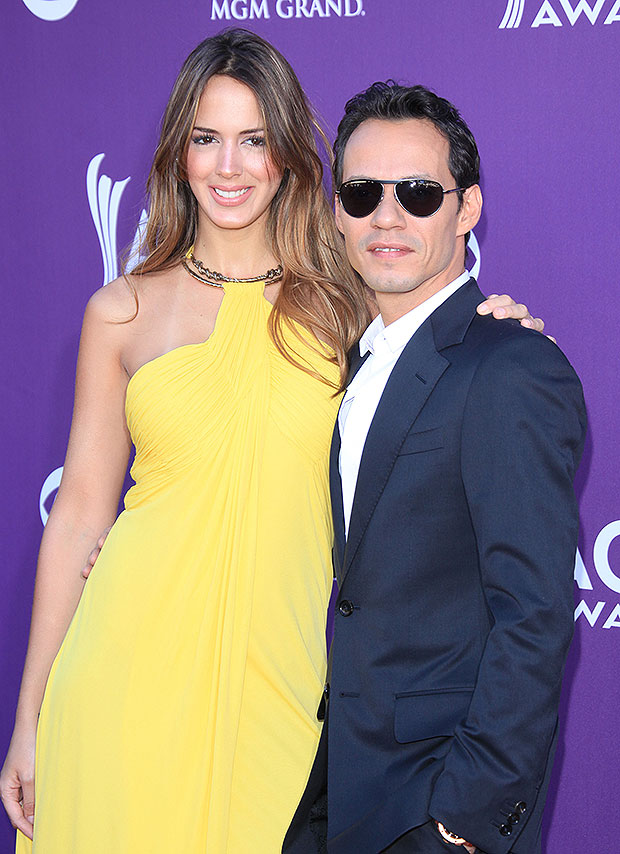 Venezuelan model Shannon De Lima and Marc Anthony walked down the aisle in an intimate ceremony at the Casa de Campo resort in the Dominican Republic in 2014. They began dating in 2012 after Marc’s separation from Jennifer and they had a very hush-hush engagement. However, after two years of marriage, the pair called it quits, announcing their split in November 2016.

“Marc Anthony is devastated over his recent split [with Shannon De Lima],” a source EXCLUSIVELY told HollywoodLife.com following the news. “This will make divorce number three for him. He wants to take a break from women and dating all together and just focus on himself and being a father for now.”

Although the couple never had a child together, Shannon had a son from a previous relationship and in 2017 revealed Marc still keeps in touch with him. ”When he saw Marc again it was so nice,” she said on an episode of Univision’s Despierta América, per People. “Marc was his dad. Dani still calls him ‘daddy.’ Dani has his dad, but Marc will be ‘Daddy Marc’ forever.” She also confirmed that she and Marc have always remained on good terms. 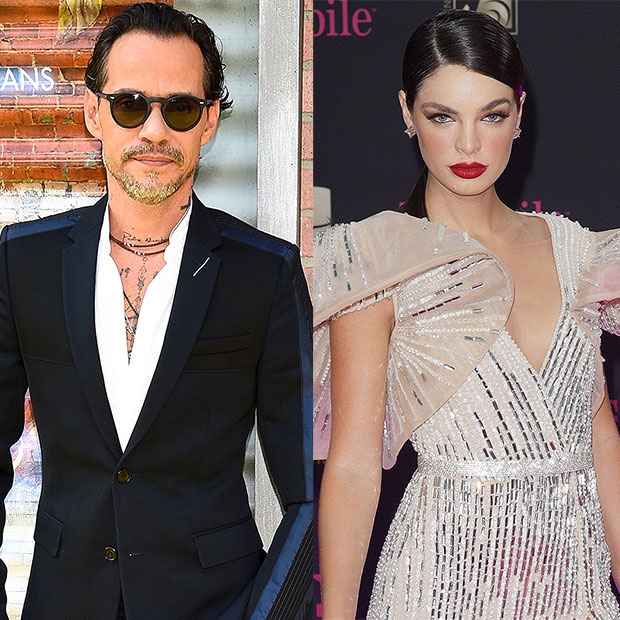 Marc Anthony and Nadia Ferreira got engaged after a few months of dating (Photo: Evan Agostini/Invision/AP/MediaPunch/Shutterstock)

Marc certainly did take a break from women, but he never gave up on love. He made his red carpet debut with girlfriend, Madu Nicola, at the 2021 Billboard Latin Music Awards. However, that relationship quickly ended because by early 2022, rumors started to swirl that Marc and model and former Miss Universe contestant Nadia Ferreira were dating and they were spotted on a trip to Mexico City together. They went Instagram official in March and were never shy about showing off their love, frequently sharing snaps of each other and their daily lives online. By May, they were engaged.

Nadia announced her engagement to the Grammy-winning musician via her Instagram story on May 12. “Engagement partyyyyy!!! @marcanthony,” she wrote over a photo of her stunning diamond ring. While it’s not known exactly when their engagement happened, Nadia likely said, “Yes,” during her Florida getaway with Marc, where the two had been enjoying time together days before the announcement. Leading up to the exciting news, Nadia had posted on social media showing a champagne toast ahead of a night of partying on a luxury yacht on the waters of Miami. She already had the ring on during those celebrations. Congratulations to the happy couple!