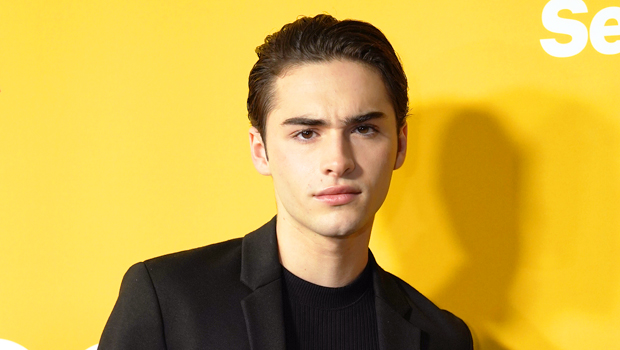 Joshua Colley stars as scene-stealer Yaz in Netflix’s highly-anticipated new movie Senior Year. Rebel Wilson stars as a woman named Stephanie who wakes up in 2022 after spending 20 years in a coma. She returns to high school to finish out her senior year, which is where she meets Yaz and more new friends. At one point in the film, Stephanie and her new friends recreate Britney Spears’ legendary “(You Drive Me) Crazy” music video from 1999. 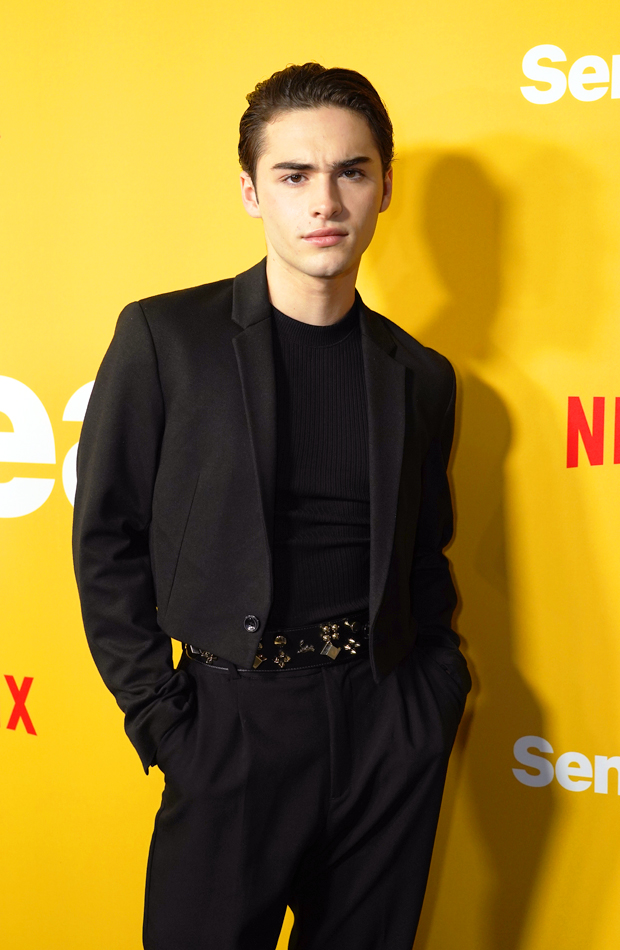 “It was our last day of filming. They saved that for the very last day of filming,” Joshua told HollywoodLife EXCLUSIVELY. “It was like a big grand finale, and we all walked in and saw this set and saw our costumes. It was incredible. The energy in there was palpable. It was so cool. They did such an amazing job. It’s so accurate to the actual video. I was so surprised. I just recently saw the movie, and I honestly couldn’t tell a difference. It was so much fun, and the choreographers did an amazing job really capturing the energy of Britney Spears.”

From the set to the costumes, the Senior Year cast took us back to 1999. “I think Rebel looks so much like Britney in the moment,” Joshua admitted. “It’s truly amazing, and it’s so wonderful to see her in something like that where she’s really enjoying herself. You can tell she’s enjoying herself in it, and we all were.” The actor hopes that Britney will be “very pleased” with the movie’s homage to her.

Before Senior Year, Joshua had actually worked with Rebel during the live production of The Little Mermaid at the Hollywood Bowl. “When I found out that I was going to get the chance to work with her again on this project, I was elated,” Joshua told HollywoodLife EXCLUSIVELY. “She really lived up to my expectations. She’s truly such a kind person. She’s so incredibly humble. She’s so welcoming of everybody getting their own ideas, and she loves to let you have your moment. She really sets you up for success. I do think she’s incredible in this role. It was just so amazing every day to see her portraying this character because it just felt so real in the moment. I think that’s why the movie came out so good, in my opinion. It all felt very real. The chemistry, the connection with my friends in the movie, it all came out very organically and very naturally.”

Joshua’s character, Yaz, instantly befriends Stephanie when she returns to high school. His quippy one-liners are some of the movie’s biggest laughs. “Yaz is definitely a character that comes so easily to me. I love playing zany characters like that, who just gets to have fun one-liners and really just gets to spice things up a little bit,” Joshua said. “It was so amazing, and they were so open to me. They were so open with me about like improv-ing and adding things to the scenes, which I really, really appreciated. I think it really made the movie that much better.”

At first, Stephanie is very much a fish out of water in 2022 after growing up in the late ’90s and early 2000s. A huge learning curve for Rebel’s character as she tries to reclaim her popularity is social media, which was not a factor in her daily life in 2002 as it is for teenagers of today. 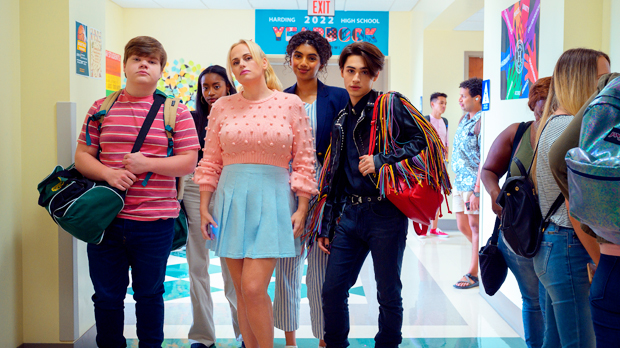 “It’s a big part of the world today, and it wasn’t back then,” the 20-year-old noted. “It’s really cool to see somebody from the 2000s really throwing herself into it and really just trying to get into it. That’s a lot of what the movie is about is her trying to gain this popularity and trying to regain some title or status, which is a lot of what social media is — status. In the end, even though Stephanie might get the things that she thought she wanted it turns out that those really aren’t the things that matter to her. The core of the movie is really about friendship and prioritizing that. I think it’s really amazing that that’s what it’s mainly about because I’ve made some of my best friends on this project, especially Avantika and Michael [Cimino]. I just love them to death.” Senior Year is now available on Netflix.