59
Shares
Facebook23Twitter14WhatsApp3Telegram1
Linkedin1Pinterest5Tumblr1
NEWYou can now listen to Fox News articles! The Food and Drug Administration (FDA) acknowledged that its response to the infant formula shortage was hindered by outdated technology and delays. In…

The Food and Drug Administration (FDA) acknowledged that its response to the infant formula shortage was hindered by outdated technology and delays.

In a 10-page report, the agency said the tech that supports systems that allow the public and other stakeholders to submit product safety and quality complaints, adverse event reports and product manufacturing concerns is outdated.

In addition, “inadequate processes and lack of clarity” related to whistleblower complaints may have delayed the FDA’s response to those complaints.

A company whistleblower had tried to warn the FDA of problems at the Abbott Nutrition facility in Sturgis, Michigan, in the fall of 2021, but government inspectors didn’t investigate the complaints until months later.

The agency previously told Congress that agency officials did not learn about the complaint until February because of mail delays and a failure to escalate the Abbott employee’s allegations.

The administration also found that some samples taken from the Michigan plant had been delayed in transit by third-party delivery companies.

The FDA said it had to reschedule its initial inspection of the Abbott plant due to cases of COVID-19 among company staff.

In a total of 15 findings, the FDA said the emergency response lacked clarity of roles between programmatic and incident command standard operating procedures; the agency needed effective mechanisms to rapidly engage with regulatory and public health partners to avoid confusion; its investigators received limited infant formula-specific training; funding limitations had stalled growth of the foods program; record-keeping practices were dated, and the FDA does not have the ability to manage supply chain issues. 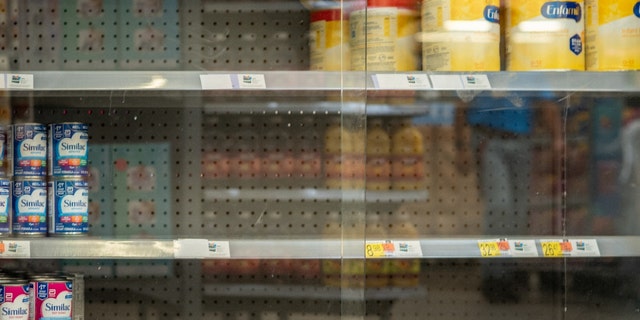 Empty shelves of baby formula are seen in a Walmart Supercenter on July 8, 2022, in Houston, Texas. (Brandon Bell/Getty Images)

Some findings were related to the nature of the issue, with the report highlighting that consumer education regarding the safe handling and preparation of infant formula is limited, and the incident required “an unusual level of agency leadership involvement to assess and weigh risks associated with potential product contamination against risks of essential products being unavailable due to a shortage.”

Cronobacter is not a nationally reportable disease and gaps in understanding the contamination reportedly stymied the FDA’s response.

The FDA said conditions observed at the Abbott Nutrition facility “were not consistent with a strong food safety culture.”

The FDA’s report was the result of dozens of interviews with the staff and leadership directly involved with the events.

The national formula shortage was sparked primarily by the shutdown of the Michigan production plant. 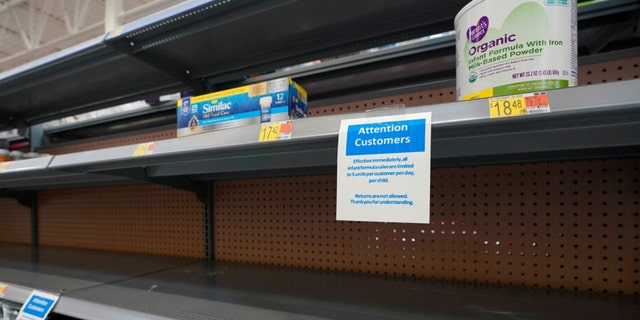 The plant was shut down after the cronobacter pathogen was detected in the supply and led to at least four infant illnesses – including two deaths.

An investigation into the links between the illnesses and the formula is ongoing.

Abbott previously told FOX Business in a statement that “there is no causal relationship between Abbott’s products and the reported deaths.”

The shortage has forced the U.S. to airlift millions of pounds of powdered formula from overseas. 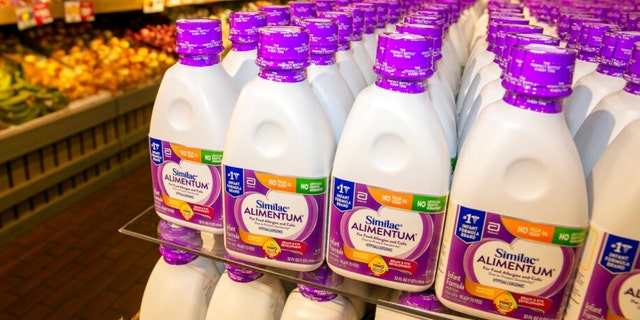 Since then, U.S. inventories of baby formula have been improving and the plant has started producing formula.