58
Shares
Facebook22Twitter14WhatsApp3Telegram1
Linkedin1Pinterest5Tumblr1
The European Union on Monday launched a project to collect and aggregate cancer imaging data in an effort to speed up innovation and early cancer diagnosis using artificial intelligence.The new…

The European Union on Monday launched a project to collect and aggregate cancer imaging data in an effort to speed up innovation and early cancer diagnosis using artificial intelligence.

The new European Cancer Imaging Initiative will give clinicians, researchers and innovators “easy access to large amounts of cancer imaging data”, the European Commission said in a statement.

“A cross-border, interoperable, and secure infrastructure that will preserve privacy will speed up innovation in medical research. For example, it will be possible to train new technologies that use artificial intelligence (AI) on a large dataset.”

EU Health Commissioner Stella Kyriakides said in a speech for the launch that digital technology is changing the understanding of how cancer develops. The new data project links with existing EU efforts to extend routine screening for breast, cervical and colorectal cancer to 90% of eligible Europeans. 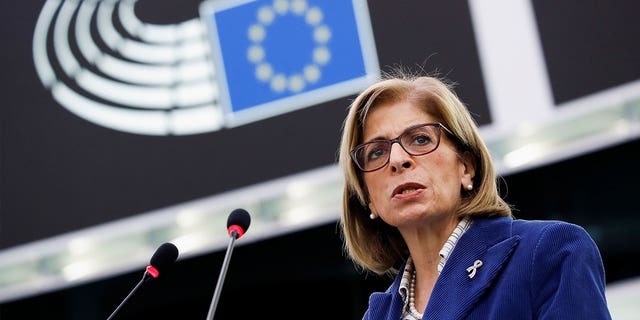 European Commissioner for Health and Food Safety Stella Kyriakides delivers a speech in France, on Nov. 24, 2021.  (Julien Warnand/Pool via REUTERS)

When contacted by Reuters, Philips and Healthineers cheered the initiative, saying that large amounts of data would be instrumental in creating and validating new diagnostic tools.

“We strongly support the ambition to accelerate the development of algorithms by creating larger data lakes of critical medical images,” said Germany’s Healthineers.

“It offers us a safe and secure platform to get access to health data in oncology,” said Rob Smeets, Director for Innovation and Strategy in the Chief Technology Office at Philips.