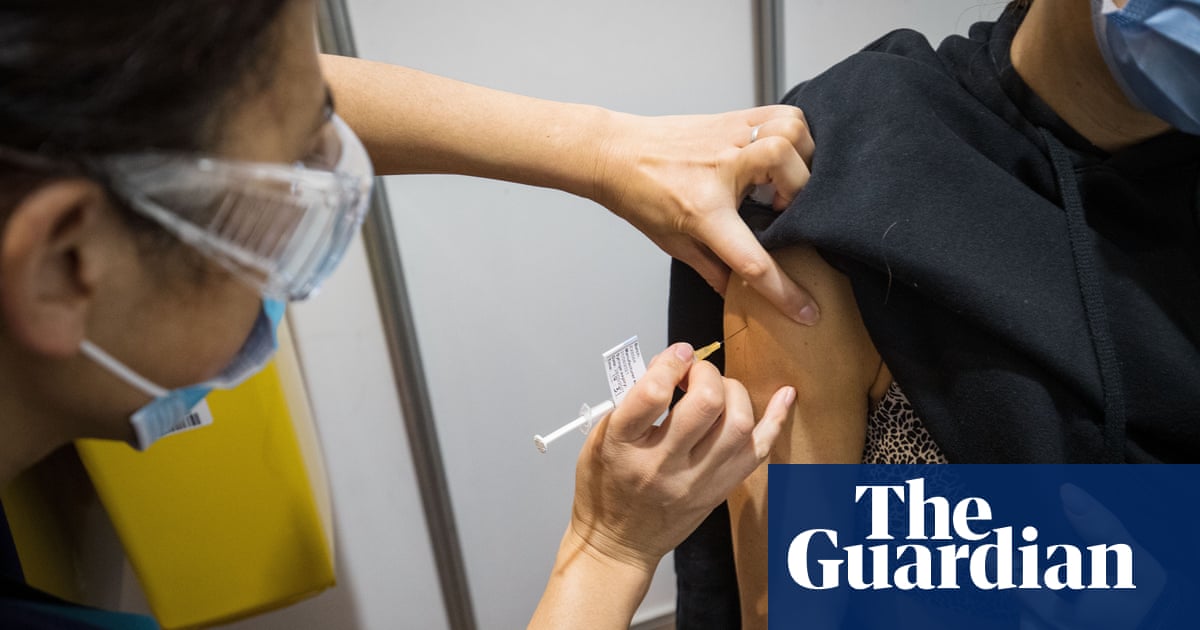 The Morrison government was scrambling to administer first doses of Covid vaccines to unvaccinated aged care homes across Victoria on the first day of a week-long lockdown, as federal ministers refuted criticism of the program’s rollout.

Facilities hurriedly prepared residents for rushed vaccines on Friday as the commonwealth raced to vaccinate neglected populations within the highest priority group it had initially promised to two months ago.

The federal health minister, Greg Hunt, had said on Thursday there were 74 residential aged care homes across Australia that had not yet received an initial dose of Covid vaccine including 16 in Victoria.

But he went on a media blitz on Friday morning insisting every aged care home in the state would have received at least one dose by the weekend.

The government’s push to vaccinate the remaining aged care homes in Victoria came a day after Hunt announced the recommended two-week interval between flu and Covid shots would be scrapped for aged care settings in Victoria.

The operator of one aged care home in Melbourne, who asked not to be identified, told Guardian Australia they were surprised to learn vaccination teams were being sent to their facility on Friday. It presented logistical hurdles to prepare residents at such short notice, they said.

The home had initially been scheduled to receive its first doses last week, but a sick staff member on the mobile medical team contracted by the commonwealth to vaccinate the facility forced the vaccination date to be postponed to early June.

“You wonder why it took so long in the first place to vaccinate us here, I mean we’re in Melbourne after all,” the operator said. “It annoys me a bit because the government is clearly being misleading when it claims its aged care vaccinations are doing well. It’s the end of May already.”

The operator said the medical team that arrived at their facility on Friday appeared to have been contracted at short notice and would unlikely be able to vaccinate all residents in one day.

After Guardian Australia reported their initial vaccinations were cancelled due to a sick staff member from Health Care Australia – contracted by the federal government to vaccinate aged care homes – the matter was raised in question time on Thursday.

Jewish Care said the federal government called the facility shortly after question time, instructing them to prepare to receive a vaccination team on Friday. “The late notice creates some operational challenges,” a spokesperson said.

The same situation was reported at the Doutta Galla aged care home in Footscray in Melbourne, which also had its first doses fast-tracked to Friday after the government scrapped the flu shot interval recommendation.

On Friday, authorities announced Melbourne’s cluster had grown by four cases to a total of 30. As part of restrictions under the current lockdown, no visitors are allowed at aged care facilities except for end-of-life cases.

Medical professionals familiar with the federal government’s vaccination of aged care homes said shots had to be “carefully planned” and schedule changes, whether due to sick staff or fast-tracked vaccination dates, would impact the queue for second doses.

They said fast-tracking aged care dates also impacted the vaccine schedule for other facilities requiring mobile teams and cold chain delivery of Pfizer vaccines for other settings – including disability care.

On Friday, Hunt revealed 20,000 of the 26,000 Australians living in disability care had not yet received their first dose. Some 9,000 doses had been administered to 6,000 disability care residents, he told ABC radio.

Hunt told reporters in Canberra in the last week the number of in-reach visits to vaccinate residents of disability care centres had doubled to 424.

Asked how many unvaccinated disability care residents were in Victoria, Hunt said “disability residents represent approximately a quarter of those of the national total within Victoria”.