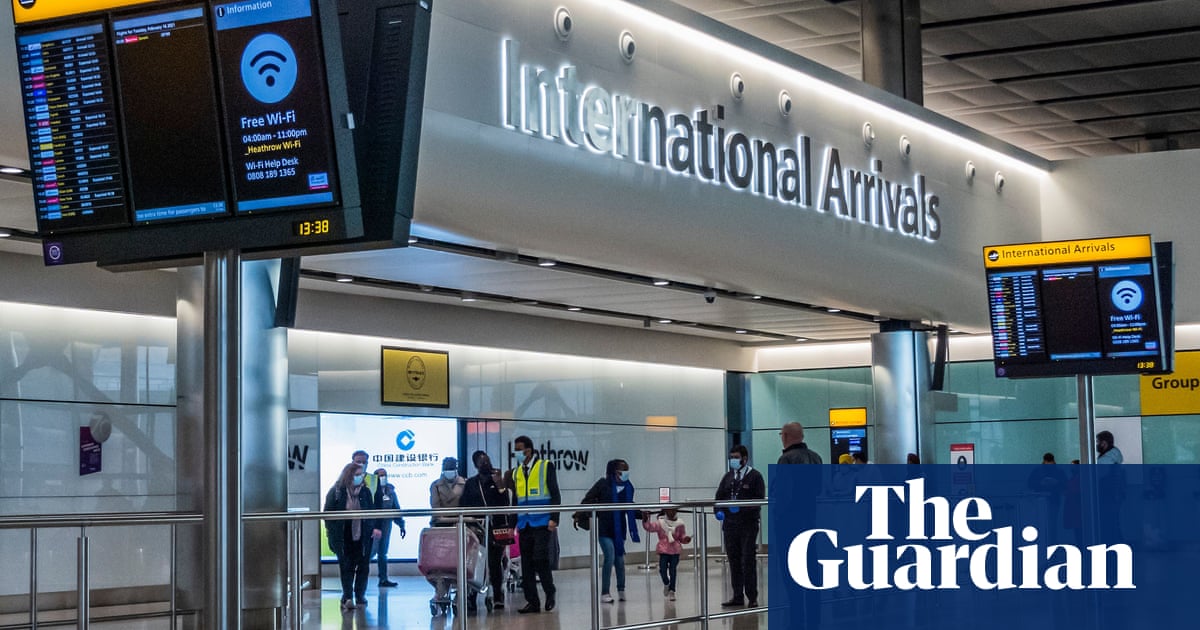 Heathrow is to create a separate terminal for flights coming from “red list” countries, to address concerns over passengers from destinations with high rates of Covid-19 mixing with other travellers in the arrivals hall.

Britain’s biggest airport said it would introduce the dedicated arrivals facility in Terminal 3 from 1 June. It follows increasing disquiet over incoming flights, particularly from India, where the B.1.617.2 variant was first detected.

Under the new traffic light system, only returning UK citizens are allowed to fly home from red list countries, while holidays are permitted in green list countries – and potentially amber, with quarantine measures.

Ministers had urged Heathrow to segregate arrivals from higher-risk countries, with the transport secretary, Grant Shapps, saying on Thursday he wanted to “see people separated out as much as is practically possible”.

With many more passengers expected in coming weeks, after holidays were permitted to resume on 17 May, the airport said it would create the facility to help smooth the immigration process.

Although the airport said the current system – designed by the government – had built-in protection, there have been reports of long queues in immigration halls and experts have questioned the safety of travel with passengers from around the world mixing in airports. Border Force officials have had to spend much more time than before processing documentation, including pre-departure Covid test certificates from abroad.

A Heathrow spokesperson said: “Red list routes will likely be a feature of UK travel for the foreseeable future as countries vaccinate their populations at different rates. We’re adapting Heathrow to this longer-term reality by initially opening a dedicated arrivals facility in Terminal 3 from 1 June for red list passengers arriving on direct flights. We will move this facility to Terminal 4 as soon as operationally possible.

“While opening this facility will be very challenging logistically, our hope is that it will enable Border Force to carry out its duties more efficiently as passenger volumes increase in line with the green list.”

The current red list system will remain in place until June. The spokesperson said there were several layers of protection to keep passengers and staff safe – including mandatory negative Covid tests for all international arrivals, face coverings, social distancing and segregation. Immigration halls have enhanced ventilation and cleaning regimes.

Heathrow had previously said it would not open a dedicated terminal without government financial help, with the cost of opening terminals mothballed since the start of the pandemic in 2020 running into millions. Discussions are being held over the level of assistance.

Spain to drop Covid restrictions on British visitors from 24 May