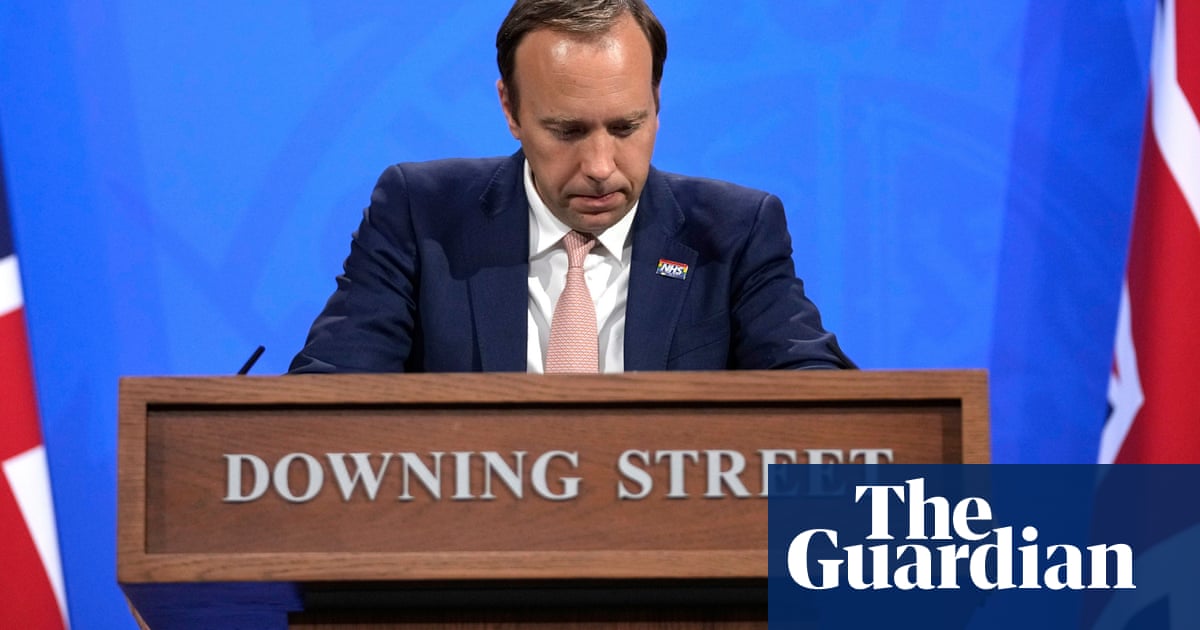 Matt Hancock has admitted it “wasn’t possible” to test for Covid all hospital patients discharged into English care homes, as he tried to salvage his reputation after a series of bombshell allegations made against him by Dominic Cummings.

The health secretary said “we worked as hard as we could to protect people who live in care homes” but did not deny the central allegation that he promised all patients would be tested before being discharged to them last March.

He faced questions at a Downing Street press conference on Thursday after Cummings’ excoriating testimony to two parliamentary committees on Wednesday. The UK has one of the world’s worst coronavirus death tolls: more than 127,000 people including over 40,000 care home residents.

Cummings, the former chief adviser to Boris Johnson who was fired last November, said that despite Hancock’s promise in March, testing of hospital patients being moved to care homes “only happened very partially and sporadically” – meaning Covid “spread like wildfire inside” them.

In his first quizzing by the media since Cummings’ testimony, Hancock said he did promise to make sure all hospital patients were tested before being discharged – but was only able to do so once testing capacity was scaled up.

He defended his 100,000 tests a day target, saying it was “so important” to help provide more tests to hospitals and care homes, and stood by his previous claim that he threw a “protective ring” around care homes.

“I committed to getting the policy in place, but it took time to build the testing,” Hancock said, adding he had tried to “accelerate the availability of testing”.

He also sought to dispel criticism of his actions, saying “there will be a time when we go back over all this in great detail” and that his “recollection of events” is he “committed to delivering that testing … when we could do it”.

He added: “I then went away and built the testing capacity … and then delivered on the commitment that I made.” Hancock suggested not all hospital patients were able to be tested before they were discharged into care homes “because we didn’t have the testing capacity at the start of the pandemic, it wasn’t possible”.

Cummings said on Wednesday: “Obviously, many, many people who should have been tested were not tested, and they went back to care homes and then infected people and it spread like wildfire inside the care homes.

“Also the care homes didn’t have the PPE to deal with it and they didn’t have the testing for the staff, so you had this cascading series of crises – like a domino effect, rippling out through the system.”