58
Shares
Facebook22Twitter14WhatsApp3Telegram1
Linkedin1Pinterest5Tumblr1
NEWYou can now listen to Fox News articles! North Korea said on Friday all of its fever patients have recovered, its first such claim since the outbreak of the pandemic…

North Korea said on Friday all of its fever patients have recovered, its first such claim since the outbreak of the pandemic in the isolated economy, according to state media KCNA.

* Eikon users, click on COVID-19: MacroVitals for a case tracker and summary of news.

* Macau’s government said it would resume ferry services with the southern Chinese city of Shenzhen on Aug. 8, as authorities try to unwind stringent COVID-19 restrictions in the world’s biggest gambling hub.

* Mainland China reported 539 coronavirus cases for Aug. 4, of which 222 were symptomatic and 317 were asymptomatic, the National Health Commission said.

* Australia’s COVID-19 winter outbreak fuelled by the new Omicron sub-variants BA.4/5 may have peaked early, Health Minister Mark Butler said on Thursday, as hospitals reported a steady fall in admissions over the past week.

* The European Medicines Agency is recommending Novavax’s COVID-19 vaccine carry a warning of the possibility of two types of heart inflammation, an added burden for a shot that has so far failed to win wide uptake. 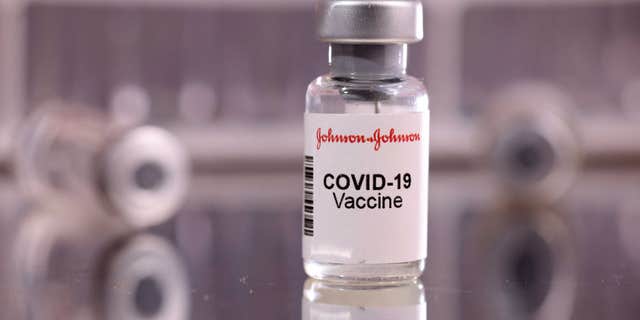 The J&J vaccine has come under fire recently after being linked to a rare neurological disorder called Guillain-Barré Syndrome by the FDA.  (REUTERS/Dado Ruvic/Illustration)

* Novak Djokovic has withdrawn from next week’s U.S. Open tune-up event in Canada as he cannot enter the country without being fully vaccinated against COVID-19, tournament organizers said, while handing Andy Murray one of four wildcards.

* South Africa’s health regulator reported on Thursday a causal link between the death of an individual and Johnson & Johnson’s COVID-19 vaccine, the first time such a direct link has been made in the country.

* The Omicron variant may be more efficient at infecting children through the nose than previous versions of the coronavirus, a small study suggests.

BA.5 OMICRON VARIANT MAY LEAD TO HIGHER RISK FOR REINFECTION AND SEVERE OUTCOMES, COMPARED TO OTHER VARIANTS

* Australia’s central bank on Friday warned inflation was heading to three-decade highs requiring further hikes in interest rates that would slow growth sharply, making it tough to keep the economy on an “even keel”.

* The Reserve Bank of India’s key policy repo rate was raised by 50 basis points on Friday, the third increase in as many months to cool stubbornly high inflation.

* Japan’s households increased spending for the first time in four months in June, as demand for travel services rose in a positive sign for broader recovery prospects.