New York’s health commissioner said Thursday that the state is treating its single case of polio – the first patient known to be infected with the virus in the U.S. in nearly a decade – as “just the tip of the iceberg.”

“Based on earlier polio outbreaks, New Yorkers should know that for every one case of paralytic polio observed, there may be hundreds of other people infected,” State Health Commissioner Dr. Mary T. Bassett said in a statement.

“Coupled with the latest wastewater findings, the Department is treating the single case of polio as just the tip of the iceberg of much greater potential spread. As we learn more, what we do know is clear: the danger of polio is present in New York today. We must meet this moment by ensuring that adults, including pregnant people, and young children by 2 months of age are up to date with their immunization – the safe protection against this debilitating virus that every New Yorker needs,” she said.

The State Department of Health said that, following the identification of polio in Rockland County, the virus has also been detected in wastewater samples from Orange County and Rockland County. 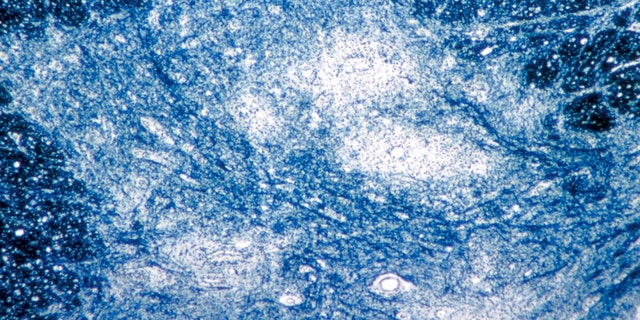 This 1964 microscope image made available by the U.S. Centers for Disease Control and Prevention shows damage from the polio virus to human spinal cord tissue.  (Dr. Karp/Emory University/CDC via AP)

Officials have found seven positive samples from Rockland County and Orange County that are genetically linked to the individual case of paralytic polio previously identified.

“These findings provide further evidence of local—not international—transmission of a polio virus that can cause paralysis and potential community spread, underscoring the urgency of every New York adult and child getting immunized, especially those in the greater New York metropolitan area,” the department wrote.

The investigation into the origin of the virus is ongoing. 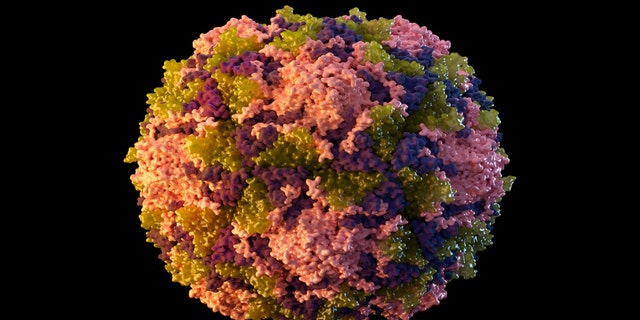 This 2014 illustration made available by the U.S. Centers for Disease Control and Prevention depicts a polio virus particle. On Thursday, July 21, 2022. (Sarah Poser, Meredith Boyter Newlove/CDC via AP)

All New Yorkers who are unvaccinated should get immunized immediately, with residents of those counties and the greater New York metropolitan area at the highest risk of exposure. 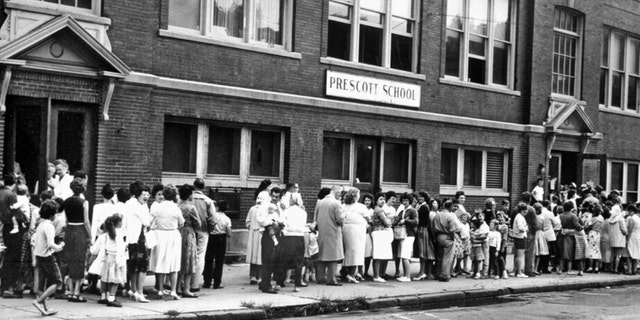 FILE – Parents and their children wait in long lines outside a Syracuse school to receive the Sabin oral polio vaccine on Aug. 29, 1961.  (AP Photo, File)

While there is no cure for polio, it is preventable through immunization.

Polio is very contagious, and an individual can transmit the virus even if they are not sick.

Symptoms can take up to 30 days to appear, and some cases can result in paralysis or death.