The Food and Drug Administration (FDA) has just proposed treating COVID-19 vaccines in the same way in which many Americans receive the annual flu shot — in order to protect people against mutations of the virus.

Not everyone is jumping up and down about this idea.

The proposal aims to simplify future vaccination efforts — and under this strategy, most adults and children would receive a once-a-year shot to protect against the mutating virus, the FDA said.

Dr. Marc Siegel, a clinical professor of medicine and a practicing internist at NYU Langone Medical Center as well as a Fox News contributor, told Fox News Digital on Monday evening about this plan, “I believe that the risk-benefit favors continued consideration for the COVID vaccination, especially in high-risk groups — but this must be a one-on-one discussion,” he said, referencing doctor-patient communication and decision-making. 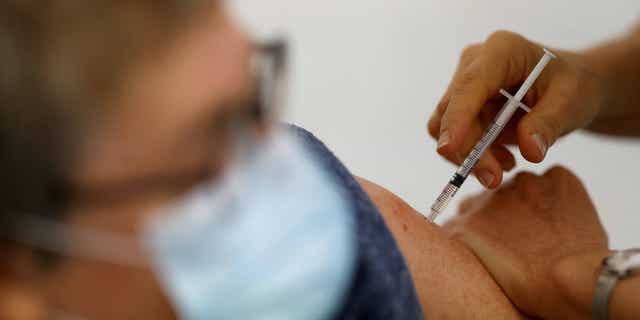 A nurse administers a COVID-19 vaccine to a patient at a vaccination center in November 2021. (REUTERS/Stephane Mahe/File Photo)

“They are putting the cart before the horse,” he said of the agency’s new idea, “showing a tin ear to the public’s COVID fatigue.”

While “the idea of a yearly COVID vaccine makes sense, they are ignoring that they really don’t have the vaccine for it yet,” he added.

“We need more work on a vaccine to cover all variants — or a nasal vaccine to prevent spread.”

Dr. Siegel outlined five factors to consider in line with this new proposal.

One: “The poor compliance with the vaccine they have now (only 40% of those over 65, a high-risk group) is a factor,” said Dr. Siegel.

Two: “There’s the position of Paul Offit, M.D., at Penn — whom I have interviewed — that they are chasing subvariants and that by the time they have a new vaccine to cover [them], a new subvariant emerges,” said Dr. Siegel.

“Granted, the vaccine still decreases severity well, but it isn’t ideal,” he said. 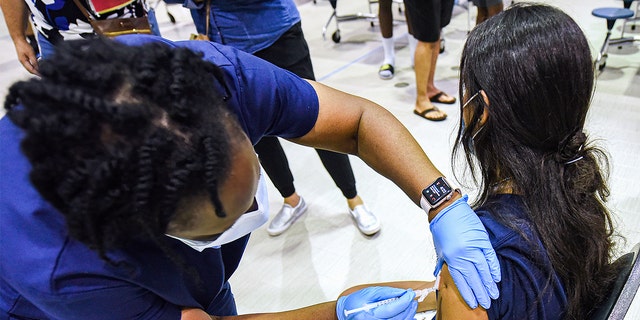 A nurse gives a girl a dose of the Pfizer vaccine at a COVID-19 vaccine clinic at a school.  (Paul Hennessy/SOPA Images/LightRocket via Getty Images)

Three: “We need more work on a vaccine to cover all variants — or a nasal vaccine to prevent spread.”

Dr. Siegel added, “In the meantime, we must target high-risk groups with the vaccine we do have.”

2 CALIFORNIA KIDS REUNITED WITH FAMILY AFTER THEY WERE ‘KIDNAPPED’ IN STOLEN CAR: WHAT PARENTS MUST KNOW NOW

He also said, “Long COVID is a concern for all groups, but there comes a point where vaccine coverage is sufficient to decrease risk. And immunity following infection (so-called natural immunity) must also be included.”

“Vaccination requires a conversation that begins with a patient’s concerns.”

Four: “Too much time has been spent over the past three years superimposing a public health official position on a resistant public, whether that’s in terms of lockdowns, masks, mandates, school closures” or more, he said.

“Now, there is more pushback and resistance.” 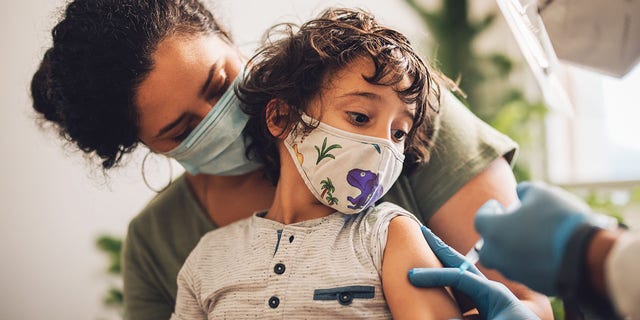 Under a new FDA proposal, Americans would no longer have to keep track of how many shots they’ve received or how many months it’s been since their last booster. (iStock)

Five: “Even though these vaccines are overall very safe and are still somewhat effective, much of the public is not convinced — and our leaders should take this into consideration, too.”

Added Dr. Siegel, “Vaccination requires a conversation that begins with a patient’s concerns.”

He reiterated that he believes “strongly” that the risk-benefit favors continued COVID vaccination, especially in high-risk groups” — but he said this needs to be a “one-on-one discussion” between doctor and patient.

Under the new FDA proposal, Americans would no longer have to keep track of how many shots they’ve received or how many months it’s been since their last booster.

In documents posted online, FDA scientists said many Americans now have “sufficient preexisting immunity” against the coronavirus — because of vaccination, infection or a combination of the two.