58
Shares
Facebook22Twitter14WhatsApp3Telegram1
Linkedin1Pinterest5Tumblr1
The present revolt throws a big challenge before Uddhav Thackeray. (FILE)Mumbai: Despite being a party of committed cadres with unflinching loyalty to leadership of the day, the Shiv Sena has been vulnerable to rebellions in its ranks and it has seen revolts by prominent figures on four occasions, three of them under the watch of… 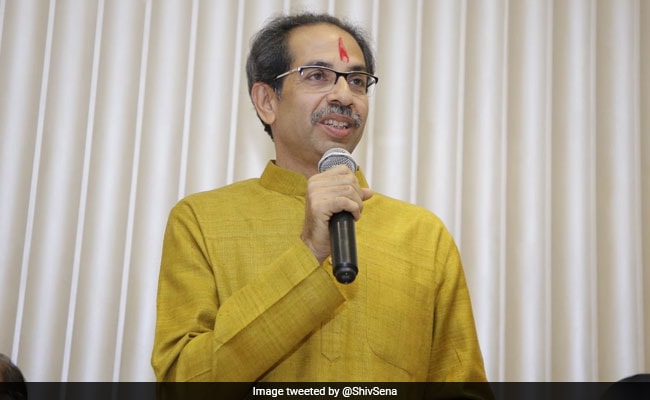 Despite being a party of committed cadres with unflinching loyalty to leadership of the day, the Shiv Sena has been vulnerable to rebellions in its ranks and it has seen revolts by prominent figures on four occasions, three of them under the watch of its charismatic founder Bal Thackeray, with Eknath Shinde becoming the latest leader to join the list.

The rebellion by Mr Shinde, a Cabinet minister who has walked away with a bunch of Shiv Sena MLAs, is most significant in the outfit’s 56-year-old history as it threatens to bring down the party-led Maha Vikas Aghadi government in Maharashtra, while the other revolts took place when it was not in power in the state.

The Sena witnessed the first major jolt in 1991 when Chhagan Bhujbal, the OBC face of the party who was also credited with expanding the organization’s base in rural parts of Maharashtra, decided to leave the party.

Mr Bhujbal had cited “non-appreciation” from the party leadership as the reason for leaving the party.

Despite Mr Bhujbal having helped the Sena to win a sizeable number of seats in parts of Maharashtra, Bal Thackeray had appointed Manohar Joshi as Leader of Opposition in the Assembly.

In the subsequent winter session in Nagpur, Mr Bhujbal along with 18 Sena MLAs left the party and announced their support to the Congress which was then ruling the state. But, 12 rebel MLAs returned to the Sena fold the same day.

Mr Bhujbal and other rebel MLAs were recognized by the then-Assembly speaker as a separate group and they did not face any action.

“It was an audacious move because Shiv Sena workers were well known for their aggressive approach (towards dissidence). They even attacked the official residence of Chhagan Bhujbal in Mumbai, which is generally guarded by the state police force,” a senior political journalist told PTI.

Mr Bhujbal, however, lost the 1995 Assembly election from Mumbai to the then-Shiv Sena leader Bala Nandgaonkar, and later shifted base to Nashik district.

The veteran politician joined the NCP when Sharad Pawar formed the party after leaving the Congress in 1999. Mr Bhujbal (74) is currently a minister and cabinet colleague of Mr Shinde in the Shiv Sena-led MVA government.

In 2005, the Shiv Sena faced another challenge when former chief minister Narayan Rane left the party and joined the Congress.

Mr Rane, who subsequently left the Congress, is currently a BJP Rajya Sabha member and also a Union minister.

The next shock to the Sena came in 2006 when Uddhav Thackeray’s cousin Raj Thackeray decided to leave the party and form his own political outfit – the Maharashtra Navnirman Sena (MNS).

Raj Thackeray had then said his fight was not with the Sena leadership, but with others surrounding the party leadership and not letting others in.

In the 2009 election to the 288-member Maharashtra Assembly, the MNS won 13 seats. Its tally in Mumbai was one more than the Shiv Sena.

The Shiv Sena is currently facing another rebellion by a section of its MLAs led by senior state minister Eknath Shinde, a four-time MLA from Thane district and a popular figure in the organization.

Political journalist Prakash Akolkar, who has written a book on the party, said, “The Sena leadership is taking some of its leaders for granted. Such an attitude has always backfired, but party is not ready to change its stance.” “Now, times have changed and most of the MLAs come to the party with a lot of expectations, he said. If those expectations are not addressed properly, such a revolt is bound to happen,” he said.

The Shiv Sena currently has 55 MLAs, the NCP 53 and the Congress 44 MLAs. All three constitute the MVA. The opposition BJP has 106 seats in the Assembly.

To escape disqualification under the anti-defection law, Mr Shinde needs the support of 37 MLAs. The rebel leader has claimed 46 Sena MLAs are with him.