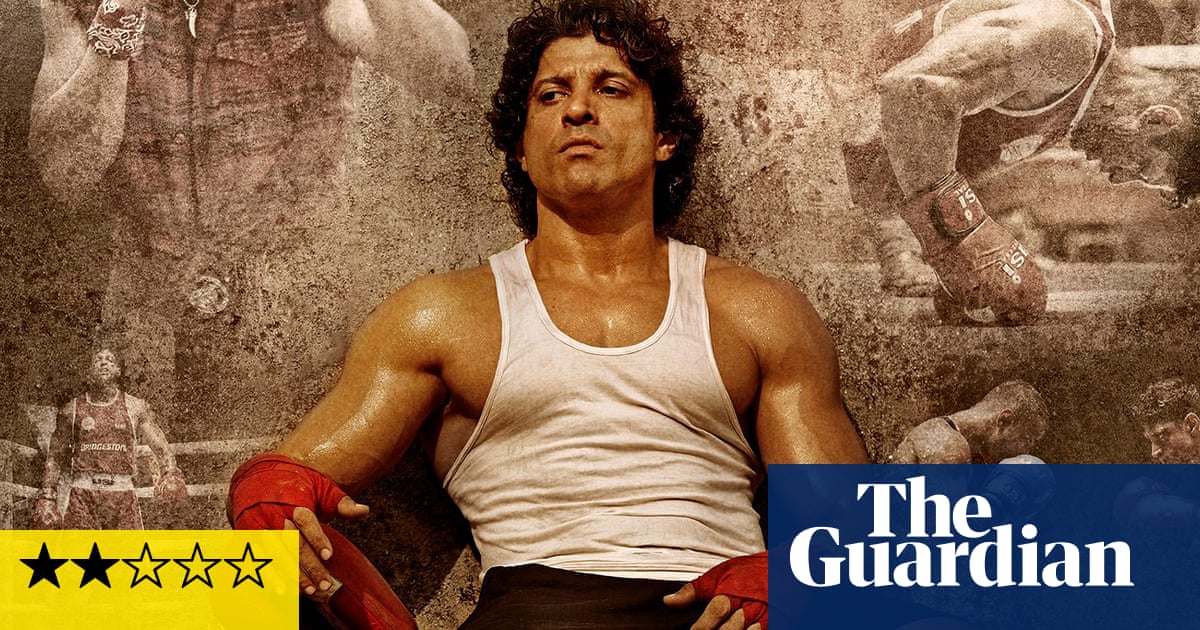 Partly set in the Mumbai underworld, Rakeysh Omprakash Mehra’s boxing drama aims at Raging Bull grit but has an unfortunately irresistible drift towards late-Rocky melodrama. Farhan Akhtar – in his second sporting collaboration with Mehra after the 2013 biopic of sprinter Milkha Singh – plays Aziz Ali, orphan and now burly debt collector from the hard-knock port of Dongri. After patching him up a few too many times, winsome but no-nonsense doctor Ananya (Mrunal Thakur) approves when he starts unleashing the beast down at the boxing gym run by fearsome coach Nana Prabhu (Paresh Rawal). A couple of training montages later, and Aziz is a light-heavyweight contender, with his very own snappy moniker: Toofaan (“storm” in Hindi).

With his mop of curly hair and slugger’s arms, Akhtar has a dry, easy charm, like an Indian Tom Jones, and impressively lets his weight fluctuate, De Niro-style, during the course of the film according to Aziz’s condition. Despite this discipline, and the rough and tumble street setting, Toofaan doesn’t fully commit to on-your-feet realism; it keeps one foot in high masala movie heroism, with a sentimental and moralistic sweep that stops it grappling with any complexities. More than once, Ananya makes everything simple for Aziz, and us, by holding up two fingers: “Will you be the Aziz hiding from the world? Or will you be the Storm that’ll rise again?”

This kind of slack rhetoric doesn’t do full justice to the characters, especially during the final act when Aziz finally faces real adversity. The film settles back into a formulaic series of bouts building to a climactic face-off against an emotionless, sandbag-splitting opponent straight from the Ivan Drago school. Any deeper emotional or sociopolitical themes are impatiently dispatched, especially the Hindu-Muslim animosity highlighted by Aziz and Ananya’s romance. Anurag Kashyap’s 2017 boxing film Mukkabaaz is a better-angled ringside seat on contemporary India.