58
Shares
Facebook22Twitter14WhatsApp3Telegram1
Linkedin1Pinterest5Tumblr1
Bhopal: Kamlu Vetti, recruited by Maoists at the age of 12, had to get a vasectomy a decade later when he got married. For Maoist cadres, this is compulsory, he said. The perception is that childcare will prove a distraction and the movement will suffer.  After surrender last year, he availed the government offer of… 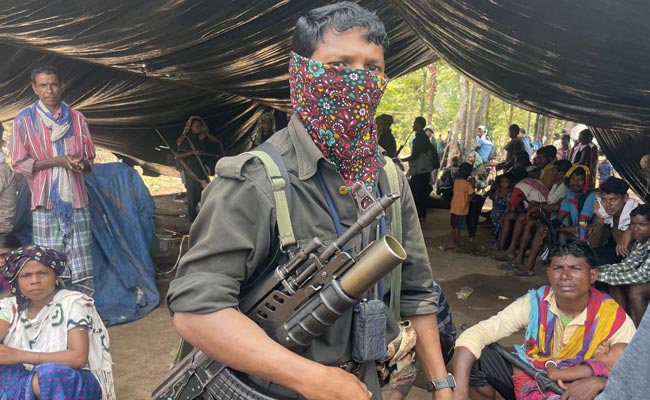 Kamlu Vetti, recruited by Maoists at the age of 12, had to get a vasectomy a decade later when he got married. For Maoist cadres, this is compulsory, he said. The perception is that childcare will prove a distraction and the movement will suffer.  After surrender last year, he availed the government offer of free reverse vasectomy operation and the couple are now expecting a baby.

In an interview to NDTV, Kamlu Vetti, 27, said he became a victim of Salwa Judum after his village was burnt in 2006. A year later, then area commander Hareram and Vasanti insisted they all join the movement. They were the ones who insisted that he undergo the compulsory vasectomy when he wanted to get married.

He got married in 2017. But before that he had undergone compulsory vasectomy at the age of 22.

“When we told our leaders that we wanted to get married, they said, ‘Yes, but only after vasectomy’. I decided to surrender because now we don’t get support from villagers, or food… After surrendering, we wanted to have kids. That’s why I got a reversal of vasectomy done,” he told NDTV.

Mr Vetti said Maoist leaders believe that childbirth and subsequent childcare will be a hurdle for the movement. They fear that the couples might return to their villages to raise the children. So if any of the cadres get married, vasectomy is compulsory.

Life in the organisation was hard, especially for tribals, Kamlu Vetti recounted.

The local tribal cadres in Bastar are subjected to hardship and harassment by the senior Maoist leadership, especially ones who speak Telugu.

Being in a leadership role, they force the tribals from Bastar to fight in the frontline.

A junior-level office bearer from Kerlapal who did not wish to be named, said, “Local cadres are compelled to undergo vasectomy operations whereas top Maoist leaders have a normal family life and children”.

“I want my wife and daughter back. I am separated from them,” added the man whose family is still living in a Maoist camp.

Sunil Sharma, Superintendent of police Sukma, said: “The rebel cadres had to undergo vasectomy as it is a precondition for marriage in the rebel camp. But now, as per the surrender policy of the government, reverse vasectomy is offered free of cost for surrendered Maoists at hospitals in Raipur”.

Asked about the family of the former area committee secretary, he said, “We are planning a special operation, so he can get back to his wife and daughter”.