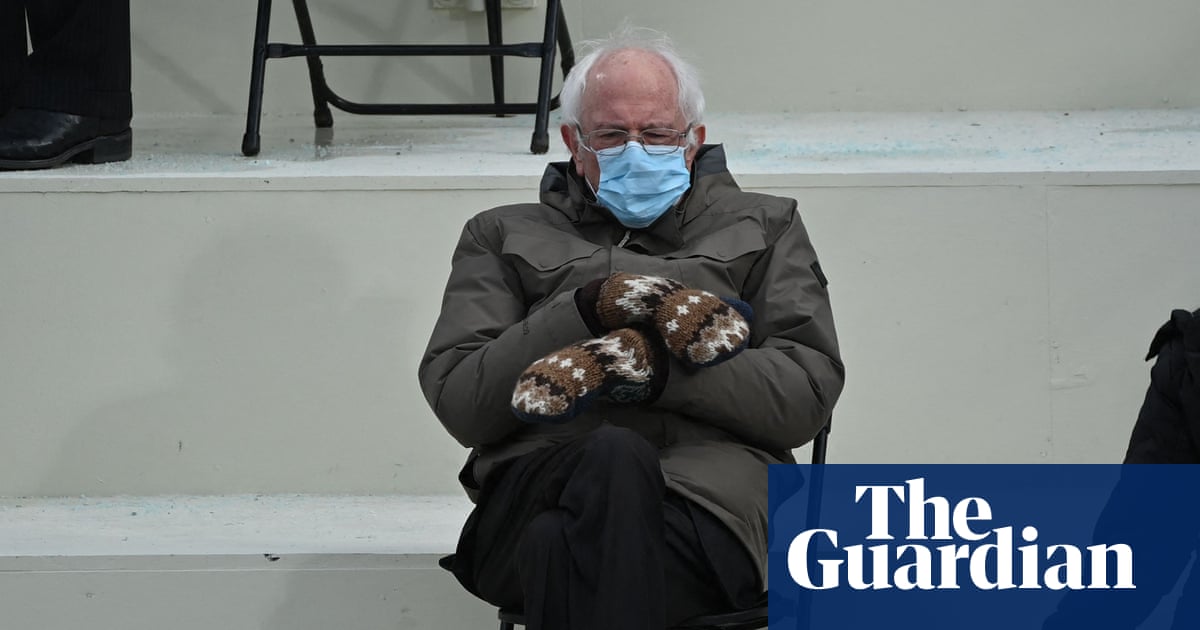 Squid Game, Bernie Sanders’ mittens and how to wear skinny jeans were among the most searched for subjects on Google around the world this year, and in the UK the Euros dominated web queries.

The annual search trends list released by Google showed that Squid Game, the bloody South Korean smash hit on Netflix, was the most searched-for TV show, while the knitted gloves worn by Sanders, a former US presidential candidate, at Joe Biden’s inauguration ensured that searches for mittens reached a global high in January.

The mitten memes turned into a search hit too, along with, for the more sartorially progressive, the query “how to style straight leg jeans”.

Indian cricket fans ensured that their national team featured in the most searched-for overall term in 2021, which was “Australia v India” as a Test series came to a close at the beginning of the year.

The most numerous “when?” questions in the UK related to “When will lockdown end?”, reflecting anxiety over the renewed anti-Covid measures at the start of 2021. Matt Hancock, who resigned as health secretary in June, was the most searched meme in the UK.

Globally, Afghanistan was the top news search, and “Covid vaccine” made up the third most searched-for term for news.

The other three entries in the top five overall reflected strong interest from amateur investors, as “AMC stock” came second thanks to small shareholders rallying online to invest in the cinema chain, and in fifth place was “GME stock”, the stockmarket ticker for the video game retailer GameStop whose stock rose to vertiginous levels via an online community on Reddit message boards. Dogecoin, the cryptocurrency favoured by Tesla’s CEO, Elon Musk, came fourth.

Alec Baldwin, the actor involved in the accidental onset shooting of the cinematographer Halyna Hutchins, was the most searched-for actor and person globally this year. The most searched-for death was that of DMX, the New York rapper who died of a heart attack in April.

The results for TV shows underlined the global dominance of the streaming platforms. Squid Game was followed by another Netflix smash, Bridgerton, the racy regency drama that dominated the cultural conversation to the extent that it was a surprise another show was able to overtake it. Third was WandaVision, the Avengers spin-off that helped spur the growing popularity of the Disney + platform, followed by the martial arts drama Cobra Kai on Netflix, and another Disney + Avengers effort, Loki.