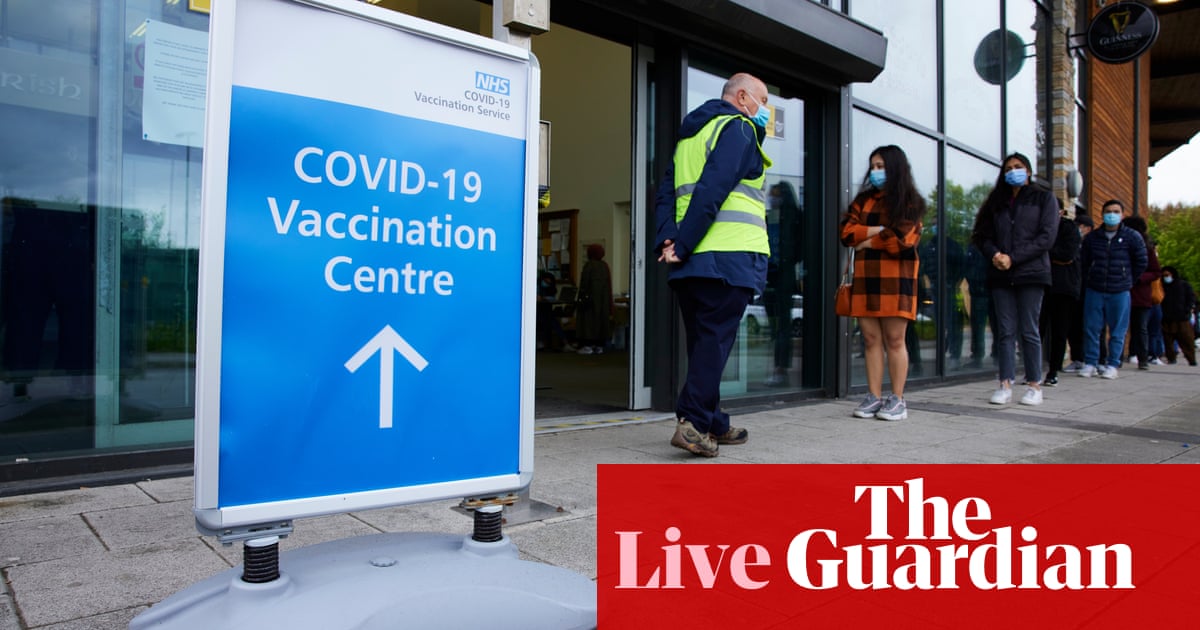 Family doctors in the UK are being forced out of their jobs after developing long Covid, prompting demands for the government to compensate NHS staff with the debilitating condition who cannot work.

GPs struggling with the condition have said they felt “shocked and betrayed” when their colleagues removed them from their posts because of prolonged sick leave.

In Taiwan, the country’s health minister has promised to resolve a logjam with reporting positive Covid tests after abruptly raising case numbers, a move that prompted criticisms from opposition politicians.

Reuters has the story:

Taiwan is dealing with a spike in cases after months of keeping the pandemic well under control, with restrictions in place across the island to limit gatherings.

On Saturday and Sunday, Health Minister Chen Shih-chung announced a total of 570 new cases whose positive tests had not been included in previous reports due to reporting delays following the surge in cases.

Chen said they were working to resolve the “traffic jam” problem by simplifying the reporting system and adding more machines that can perform quicker and more accurate tests.

He has said the “regression calibration” of case numbers was needed to more accurately reflect the state of infections.

The move has gone down poorly with Taiwan’s opposition parties. “Today the command centre created a new expression, ‘regression calibration’, adding 400 new infections,” Johnny Chiang, chairman of the main opposition party the Kuomintang, wrote on his Facebook page. “This information has terrified everyone, as the daily numbers being received were inaccurate.”

Taiwan has now reported 4,322 cases including 23 deaths since the pandemic began.

The UK home secretary Priti Patel would not be drawn on whether news of the effectiveness of the vaccines used across Britain against the India variant meant that ending restrictions on 21 June was a certainty. But she dropped quite a hint.

The prime minister himself has been clear that there are key tests and key stages in the run up to 21 June. We will always continue to look at the data when it comes to the next stage of the roadmap. That is sensible, that is responsible. We should absolutely reflect on the success of the vaccine, and how that is giving people, individuals, society [and] businesses the confidence to be back out there again.

Some teenagers and young adults who received Covid-19 vaccines have experienced heart inflammation, a US Centers for Disease Control and Prevention advisory group has said, recommending further study of the rare condition.

In a statement dated 17 May, the CDC’s advisory committee on immunisation practices said it had looked into reports that a few young vaccine recipients, predominantly male adolescents and young adults, developed myocarditis, an inflammation of the heart muscle.

The condition often goes away without complications and can be caused by a variety of viruses, the CDC group said.

CDC monitoring systems had not found more cases than would be expected in the population, but members of the committee on vaccinations felt that healthcare providers should be made aware of the reports of the “potential adverse event”, the committee said in the statement.

It did not say how many people had been affected and recommended further investigation.

Dr Amesh Adalja, senior scholar at the Johns Hopkins Center for Health Security, said vaccines are known to cause myocarditis and would be important to monitor to see if it was causally related to the vaccine.

Good morning, good afternoon and good evening to everyone joining our live coverage today of coronavirus and political news from around the world, centred on events in the UK.

One of the top stories this morning is news of a Public Health England student that has found both the Pfizer and AstraZeneca jabs are highly effective at protecting people from the strain of the Covid-19 virus first found in India.

The Observer’s science editor Robin McKie reports that a recent analysis shows the Pfizer vaccine was 88% effective against symptomatic disease from the India variant two weeks after a second dose, compared with 93% effectiveness against the Kent strain.

It was also found that both vaccines were 33% effective against symptomatic disease caused by the India variant, three weeks after the first dose. This compared with about 50% effectiveness against the Kent variant.

Its Mattha Busby here and I’ll be seeing us through for the next couple of hours. Do drop me a line on Twitter with any tips or thoughts.

It’s cold and wet, but Scarborough is a beacon of normality for families