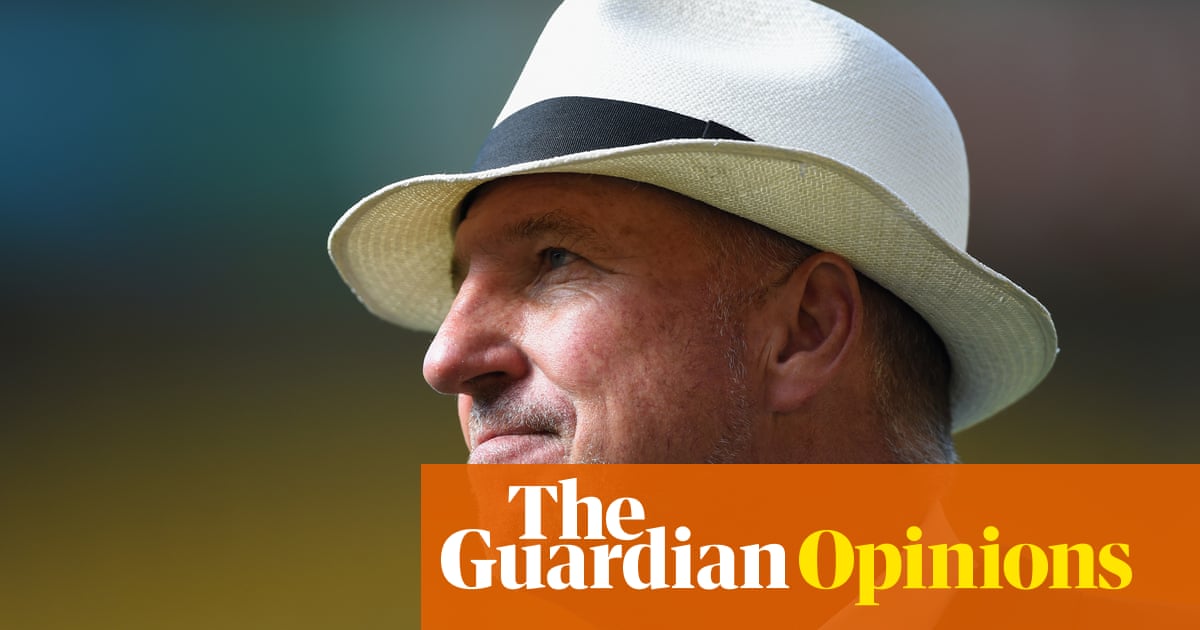 I am disappointed to note that a certain mirth has attended the news that Beefy Botham has been made a UK trade envoy. There seems to be some sense that his lordship is not up to the job, despite being a former cricketer with his own wine range, and despite the position of trade envoy being one that even Prince Andrew could manage for many years.

Not that Beefy has stepped directly into Andrew’s sweat-free shoes – Lord Botham’s appointment is Australia-specific, announced on Monday by pitilessly bubbly trade secretary Liz Truss. As she put it, “Ian will bat for business Down Under” – a statement that underscored the fact that if cliches were trade, Liz would be running a huge surplus. Alas, not everyone is as meaninglessly upbeat as her. (They couldn’t be: it requires suspending all critical faculties in the service of positioning oneself as the sort of glass-half-full person who would make a nice badminton partner or chancellor of the exchequer to a man who can’t bear bad news.)

Indeed, there will be those who judge that the unqualified Botham’s appointment is one of the rudest possible comments a government could pass on Australian sophistication or lack thereof. Which, considering the things people have said on that subject in the past, certainly puts things into perspective. But naysayers must take comfort from the fact that these trade envoy roles are not what you’d call hugely operational.

In the case of Prince Andrew, I had always assumed the role was a cover for ferrying HRH between international golf courses, in a manner that stopped dreary little people from asking annoying questions like who was paying for the helicopters. That said, the Duke of York’s parties at Davos were famously well attended, and Beefy At Davos is an episode of long-running sitcom The United Kingdom that I think we’d all like to watch.

He certainly has plenty of new colleagues. An awful lot of people seem to do unpaid work to promote UK trade, which can occasionally make one wonder quite why, particularly in the case of those who aren’t even UK citizens. Only last September, the former Australian prime minister Tony Abbott was appointed as an unpaid adviser to the board of trade, with his achievements in the role as yet obscure. Still, I assume the unpaid speech and conference and trade mission circuit has its consolations.

As for what is in it for Lord Botham, we can only speculate in the case of such a self-effacing character. In the old days one would of course have encouraged anything – anything – that kept him out of the commentary box. But now he has retired from sounding sulky and dull in some of the world’s most enviable cricketing destinations, perhaps he requires what is often called – particularly in the case of men of his age and drive – an “outlet”.

Forgive me if all these questions have already been addressed by Lord Botham, perhaps in something posted to one of his social media outlets. I stopped following him suddenly on Twitter some years ago, after seeing something nasty in the woodshed. The work of hackers, Botham explained. Like anyone who saw it, I have no wish to revisit the snapshot, though naturally it revisits me unbidden with horrible frequency. It is with me now as I type this, pushing my thoughts back yet again to that great question of the age: why do hackers so often go to all the trouble of gaining access to a man’s account, simply to post a single photo of a penis?

As with most people who remember how great this country used to be, it’s the hackers’ lack of ambition I can’t stand. There’s just no self-belief. Hackers with a sense of self-worth would have used control of Botham’s account to start a war with Pakistan – cricketing or otherwise – or at least to use the identity details unlocked to embezzle money in one way or another. Instead, we got yet another view of yet more male genitalia. If he ever wanted a side-job, I do think Botham might consider working to raise the ambition of social media hackers, who seem to lack enterprising spirit and could do with being taken under the wing of a respected trade envoy.