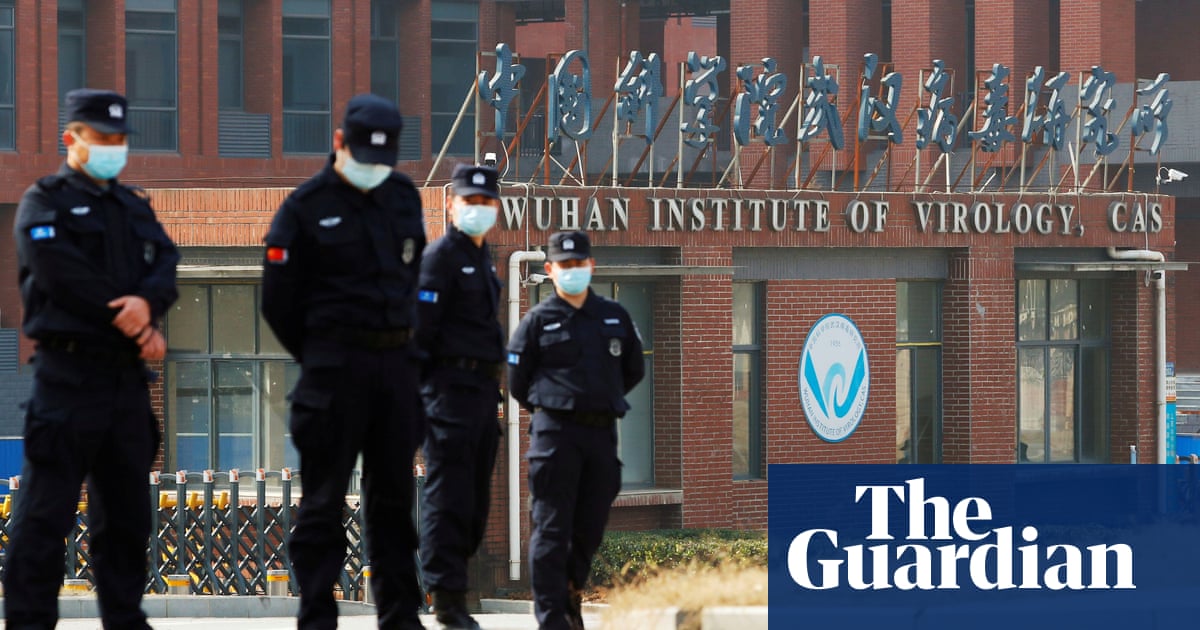 China has hit out against Joe Biden’s calls for a fuller US investigation into how Covid-19 was first transmitted to humans, questioning Washington’s motives and railing against the “notorious track record” of US intelligence in the lead-up to the 2003 war in Iraq.

The US president said on Wednesday he had ordered the US intelligence community to intensify its efforts to study the origins of coronavirus, including the possibility it emerged from a laboratory accident rather than from human contact with an infected animal.

The virus was first detected in the Chinese city of Wuhan in late 2019 and has since spread around the world, killing almost 3.5 million people. On Thursday the Chinese foreign ministry spokesperson, Zhao Lijian, said it was “extremely unlikely” the virus had come from a laboratory in Wuhan, pointing to the findings of a March report by a World Health Organization mission.

Zhao said: “[The US’s] one aim is to use the pandemic to pursue stigmatisation and political manipulation to shift the blame. They are being disrespectful to science, irresponsible to people’s lives, and counterproductive to concerted global efforts to fight the virus.”

Invoking memories of the 2003 Iraq war and the unfounded intelligence used to justify the US-led invasion, Zhao said “the notorious track record of the US intelligence community has long been known to the world”.

On Wednesday, Biden gave the US intelligence agencies 90 days to report back to him in an effort to reach a “definitive conclusion” about the origins of the coronavirus. He said the agencies were debating two possible sources for the virus: natural spread from animals, or the so-called “lab leak” theory.

He directed US national laboratories to assist with the investigation and called on China to cooperate with international inquiries into the origins of the pandemic. Biden said he had also asked the intelligence community to keep Congress informed of its work on the matter.

“The United States will also keep working with like-minded partners around the world to press China to participate in a full, transparent, evidence-based international investigation and to provide access to all relevant data and evidence,” he said.

Rumours that Sars-CoV-2 may have emerged from a Chinese laboratory began circulating shortly after China reported the first cases early in 2020. Although it was dismissed as a fringe theory at the time, the former US president Donald Trump, his secretary of state Mike Pompeo, and a Republican senator, Tom Cotton of Arkansas, promoted it as the death toll began to rise in the last months of the Trump administration.

The theory was dismissed by most scientists, and in February an international expert mission to China on behalf of the WHO called the lab leak theory “extremely unlikely”.

Peter Ben Embarek, the head of the WHO mission, said at the time that work to identify the origins of Covid-19 pointed to a “natural reservoir” in bats, but that it was “unlikely” this occurred in Wuhan.

However, the organisation’s director general, Tedros Adhanom Ghebreyesus, said in March that “all hypotheses remain on the table” after 14 countries, including the US and UK, made a joint statement to express concerns over the WHO team’s conclusions.

On Sunday the Wall Street Journal, citing “previously undisclosed” US intelligence, reported that three members of staff at a key virus laboratory in Wuhan had become sick with Covid-like symptoms and were taken to hospital before the first Covid patient was recorded in early December 2019.

The Wall Street Journal report came on the eve of a key meeting of the WHO’s decision-making body, which was expected to discuss in detail the next phase of an investigation into the origins of Covid-19.

Beijing vehemently denied the report, calling it “completely untrue”. On Thursday Zhao also proposed China’s own theory, without evidence, that the virus may have originated from a US army base in Maryland.