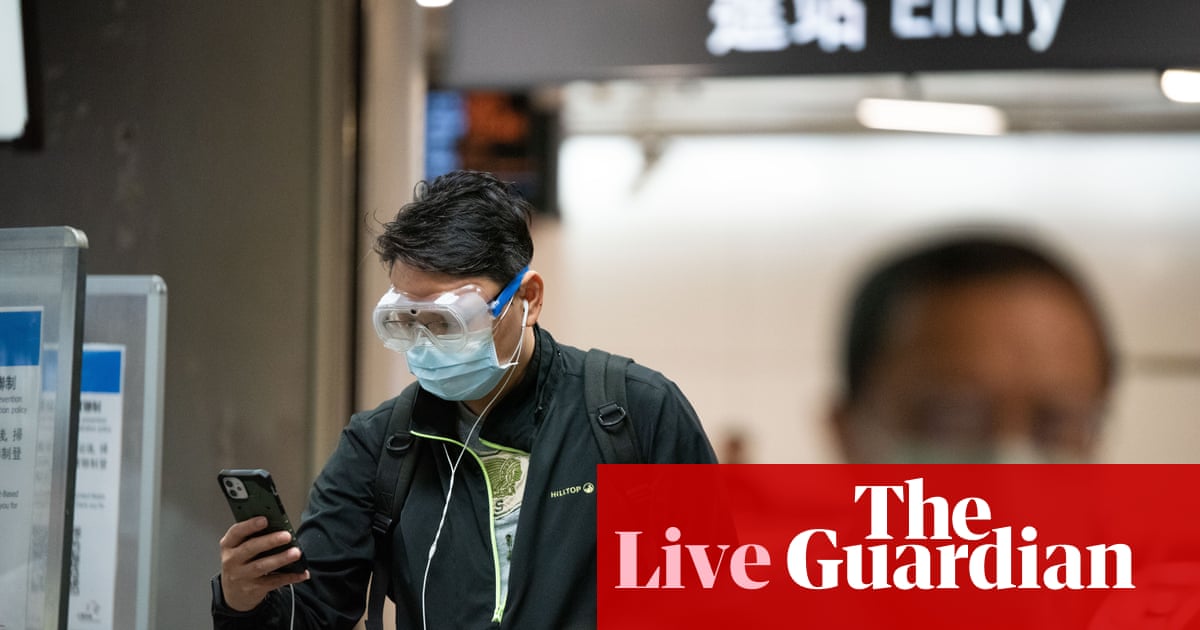 Sewage samples are being tested to determine which Covid-19 variants are most prevalent across regions accounting for two-thirds of England’s population.

The Department of Health and Social Care (DHSC) said the programme had helped identify the need for surge testing in areas such as Bristol and Luton. On Wednesday, the health secretary, Matt Hancock, said testing and vaccinations were being surged in six areas as a result of wastewater analysis.

“As infections fall and we head out of national restrictions, analysing wastewater to detect variants early on is important to help local authorities and NHS test and trace act quickly to stop variants from spreading in communities,” said Andrew Engeli, who is leading on the wastewater testing scheme at the Joint Biosecurity Centre, part of the newly formed UK Health Security Agency.

Sewage samples being tested across England to monitor Covid variants

Taiwan has reported 321 new Covid-19 cases, a slight rise from the 312 infections reported on Friday, but the health minister said the trend remained stable with cases clustered in the north, in and around Taipei.

The health minister, Chen Shih-chung, also announced 400 infections over the past six days which had not been included in previous reports due to a delay following a spike in cases, according to Reuters.

He reported two new deaths, bringing the total to 17 since the pandemic began.

Hello and welcome to today’s coronavirus liveblog. I’m Clea Skopeliti and I’ll be bringing you the latest updates from the UK and the rest of the world.

People aged 32 and 33 in England are now eligible to book their vaccine appointment, the NHS has said.

People aged 33 will receive texts inviting them to book a vaccination from Saturday, and 32-year-olds will receive a message from Monday.

NHS England will hit the milestone of delivering 50 million vaccines on Saturday, with more than 40% of adults having had both jabs.

Since eligibility was widened for under-40s just over a week ago, more than half of people between 35 and 39 have had their first shot, NHS chief executive Sir Simon Stevens said.

He added: “Today, the biggest NHS vaccination programme in history hits another milestone as we pass 50 million life-saving jabs delivered across England.”

Dr Nikki Kanani, GP and national medical director for primary care, reminded people that the vaccine offer “doesn’t go away” and they can take it up at any time.

Text invitations appear as an alert from ‘NHSvaccine’, including a web link to the NHS website to reserve an appointment.

People who cannot go online can call the service on 119 instead to book their jab.

‘I wasn’t bold enough’: Ed Miliband on losing, leading and the future of Labour