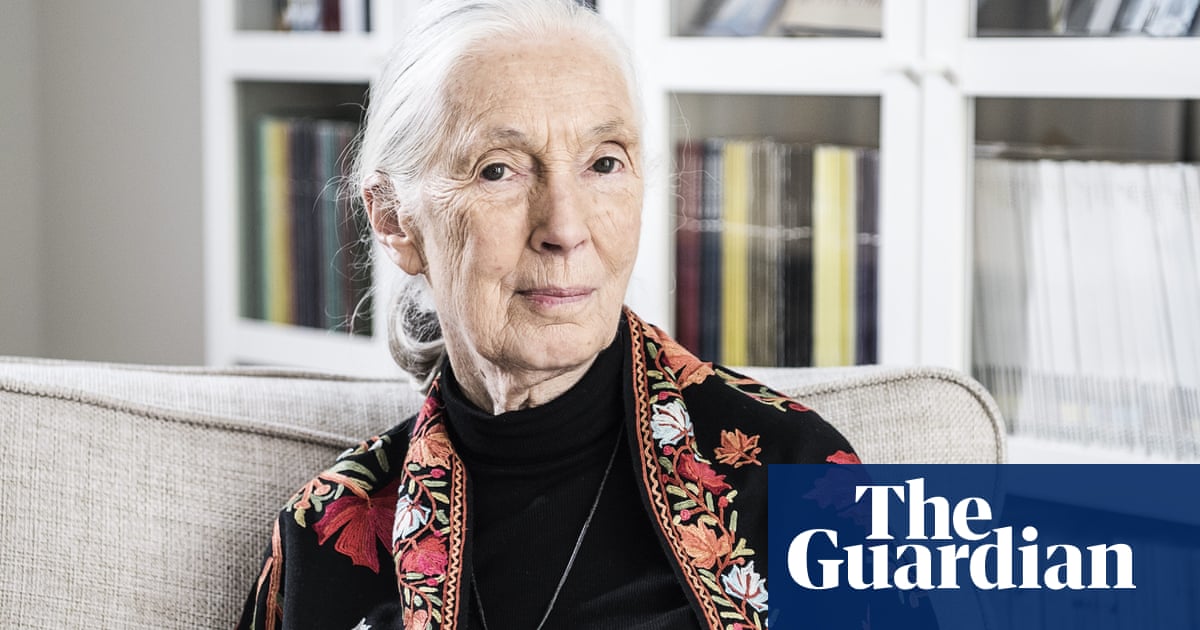 The naturalist Jane Goodall has been announced as the 2021 winner of the Templeton prize in recognition of her life’s work on animal intelligence and humanity.

Goodall, 87, built her global reputation on her groundbreaking studies of chimpanzees in Tanzania in the 1960s. Her foundation, the Jane Goodall Institute, works with local communities as well as providing safe habitats for chimpanzees and gorillas, and its educational branch, Roots and Shoots, operates in 67 countries.

The $1.5m (£1.1m) prize money “will make a huge difference to our programmes around the world”, Goodall told the Guardian. She said she was “humbled and overawed” to be awarded the Templeton prize, whose previous recipients have included the Dalai Lama and Archbishop Desmond Tutu.

The prize celebrates individuals who harness the power of science to questions about the universe and humanity’s purpose. Heather Templeton Dill, president of the John Templeton Foundation, said Goodall’s work exemplified “humility, spiritual curiosity and discovery”.

She added: “Her achievements go beyond the traditional parameters of scientific research to define our perception of what it means to be human. Her discoveries have profoundly altered the world’s view of animal intelligence and enriched our understanding of humanity in a way that is both humbling and exalting.”

Despite being grounded for the past 15 months due to the pandemic, Goodall said she was “busier than I’ve been in my entire life”.

“Virtual Jane” had attended conferences, delivered lectures, launched a podcast and answered countless emails. “It’s way more exhausting than travelling. But on the bright side I’ve reached millions more people in many more countries than I could in person,” she said.

Her message focused on “three very major problems in our lives today. We have to reduce the unsustainable lifestyles of so many of us. We have so much more than what we actually need, and we have this crazy notion that we can have unlimited economic development on a planet with finite natural resources and a growing population of humans and their livestock.

“We have to overcome poverty. If you’re really poor, you’re going to cut down the last tree in the forest because you’re desperate to get the farmer to grow food for your family, and land is getting scarcer, over-farmed, infertile.

“And we have to work out some kind of sustainable population, especially of livestock. Commercial agriculture is destroying immense areas of habitat to grow the grain to feed all these billions of animals – and a lot of fossil fuels are used in the process.”

Although states had a huge responsibility to tackle the climate crisis, individual actions also made a difference, she said.

“If you feel that you’re alone in picking up pieces of plastic trash, or eating less meat, or walking or cycling instead of driving a car, then you might feel it doesn’t make any difference. But there’s a growing awareness, partly elevated by this pandemic, of the fact that we really need a new relationship with the natural world.”

Goodall prefers to call herself an advocate rather than an activist which “has a ring of aggressiveness”. She said: “I believe people will only change from within. So to change people, you have to reach their hearts.”

She grew up in a Christian family, but identifies as spiritual rather than religious. “When I’m out in nature, especially when I’m alone, I feel a really strong spiritual connection with the natural world on which we depend.”

Although now in her 88th year, she has no plans to slow down. “I can’t, can I? If what I’m doing made no difference, I’d give it up. But I get so many messages saying, ‘You’ve changed the way I think, I promise you I’ll do my bit.’ So I’ll keep going for as long as I can.”