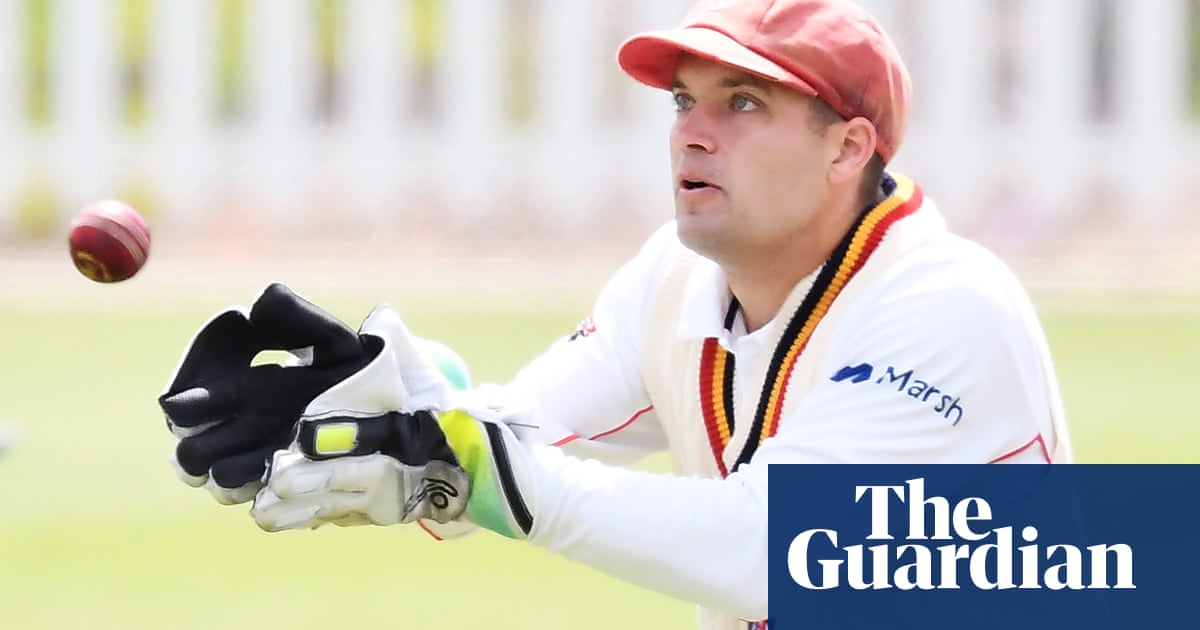 A shock Twenty20 demotion and underwhelming recent red-ball form have failed to derail Alex Carey’s push for a baggy green, with the wicketkeeper in a good mental place as a Test debut awaits.

Carey is expected to replace Tim Paine behind the stumps for the Ashes opener, which begins in one week at the Gabba.

He is yet to speak with Justin Langer about whether he will become the 463rd man to play Test cricket for Australia, with that conversation likely to take place soon after the coach returns from a trip to Tasmania to support Paine.

But Josh Inglis’ pre-planned trip home to see family on Tuesday was the latest pointer regarding Australia’s plans for life post Paine.

“Selection is totally out of my control now. It’s something that I shouldn’t waste time worrying about,” the South Australian told RSN. “The kids are home – a 12-week-old and three-year-old – so it’s actually been great [sleep] the last couple of nights up here in Brisbane. Hopefully we hear soon.

“If I am lucky enough to get the opportunity, I’d feel really proud and grateful … a young kid’s dream come true.”

The 30-year-old served as stand-in ODI skipper this year and was then excluded from Australia’s T20 World Cup squad, with selectors preferring uncapped Inglis as reserve keeper.

The upside was it meant plenty of domestic cricket in recent weeks. Carey passed 50 in just one of eight Sheffield Shield innings this season but Sunday’s one-day century was a timely reminder of his talent.

“It wasn’t a case of ‘which end do I hold the bat?’. I still felt like I knew what I was doing,” he said. “I felt in a really good place mentally … I was hitting the ball well.

“Although the runs didn’t come as I would have liked in the first part of the Shield season, over the last couple of years I have been really pretty solid. If you miss out in one game, you’re probably judged on that and feel like everything is coming down on you.

“It takes one innings to turn all that around and you’re in great form again. Justin and George [chief selector George Bailey] have played so many games … they know what it’s like.”

Carey remains determined to break back into Australia’s T20 plans ahead of next year’s World Cup.

“You go one of two ways [after being dropped],” he said. “Get pretty upset about it, cranky and don’t respond too well. Or cop it on the chin and learn from it. That’s the path I’m going to take … but for now it’s prepare as well as I can [for the Test].”