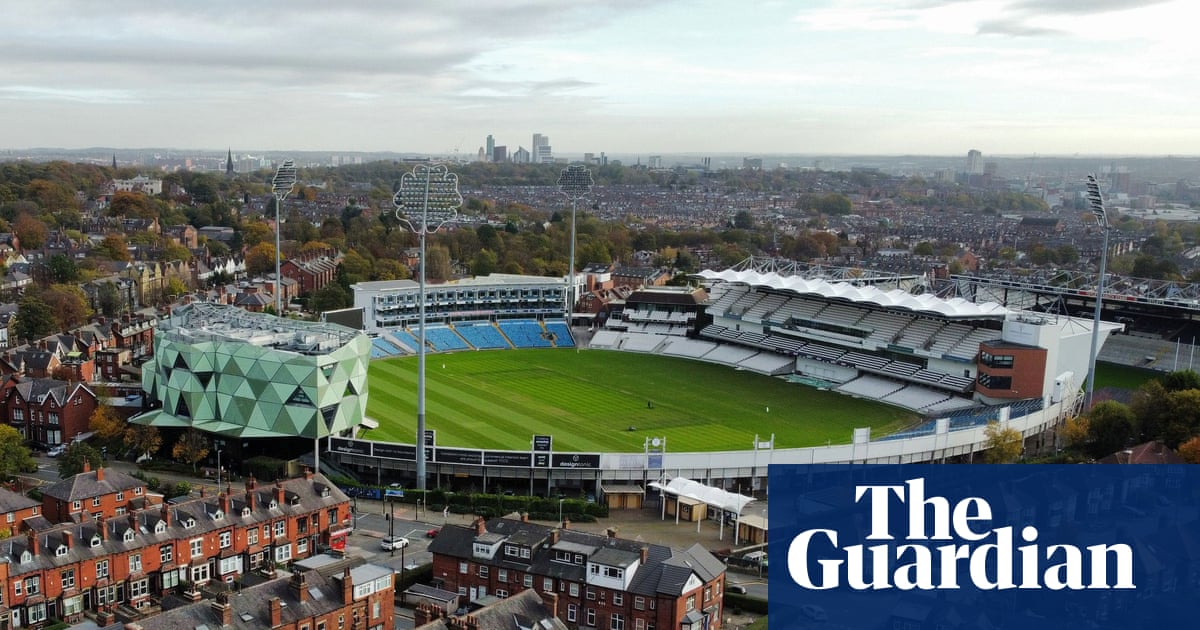 Britain’s equality watchdog has said that racism alleged to have taken place at Yorkshire County Cricket Club was probably unlawful and threatened legal action if appropriate steps are not taken by the club to address discrimination.

The club has faced widespread condemnation after its former player Azeem Rafiq alleged it was institutionally racist, detailing years of “inhuman” treatment and abuse he suffered in his two spells there, including players of Pakistani heritage being called the P-word.

On Tuesday, Marcial Boo, the chief executive of the Equality and Human Rights Commission (EHRC), said: “The accounts of racism and discrimination at Yorkshire County Cricket Club were upsetting and deeply concerning. Sports are meant to bring people of all backgrounds together. Racism has no place in any sport, business or society.

“We have now reviewed the documentation and we consider it likely that an unlawful act has taken place.”

Boo said the commission had confidence that the new management at the club was taking appropriate steps to deal with past failures.

Roger Hutton stepped down as the club’s chairman in early November, and Mark Arthur resigned as chief executive a week later following public outrage over the treatment of their former player and the handling of the investigation into Rafiq’s allegations.

Earlier this month, the club’s entire coaching team departed, in a move the new chairman, Kamlesh Patel, said was “in the best interests of the club”.

The EHRC also welcomed the agreement of a 12-point action plan between Yorkshire and the England and Wales Cricket Board, which has itself been criticised for inaction after Rafiq first blew the whistle last year and for failing to act on racism within the game more generally. However, the regulator warned that the club could end up in court if it does not adequately put the plan into effect.

“We will … be monitoring the club’s action plan closely and we reserve the right to take legal action if the action plan isn’t implemented properly,” said Boo.

“We aim to work with the England and Wales Cricket Board and the regulators of other sports to ensure that all those participating, whether for fun, fitness, or as professionals, are not subjected to discrimination and harassment.”

In devastating testimony last month to the digital, culture, media and sport select committee, Rafiq told MPs that he had faced repeated racist comments from senior players throughout two spells at Yorkshire between 2008 and 2018 but that the club had done nothing to stop it. He said that racism also seeped into the England dressing room. Rafiq said he had felt suicidal and that his experiences meant he did not want his son “to go anywhere near cricket”.

The Pakistan-born player also recounted how, as a 15-year-old at Barnsley Cricket Club, he had wine poured down his throat despite this going against his Muslim faith.

On the same day that the equality watchdog announced its response to Yorkshire’s action plan, the club announced it had entered into a partnership with a Pakistan Super League team, the Lahore Qalandars, which would include opportunities for players at all levels of each club to gain experience and playing time with the other.

Patel said it would “represent an exciting step toward a Yorkshire County Cricket Club that is welcoming and supportive to all”.