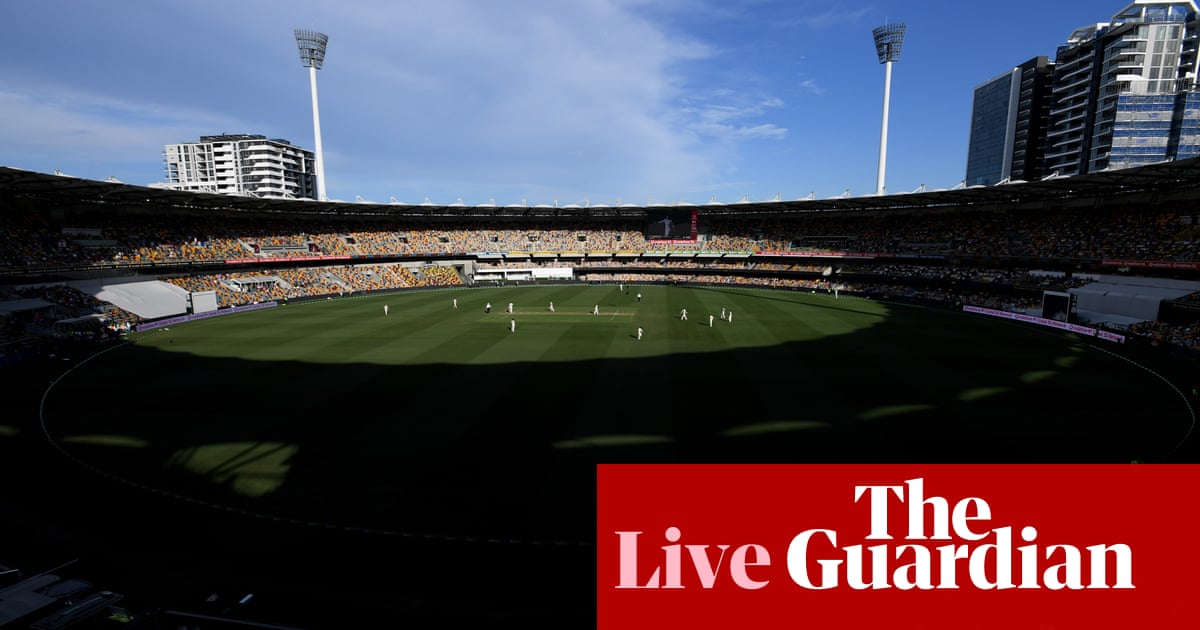 A big Brisbane hello to all of you out there in the world, from the few of us in here, in the privileged position to actually be at this match. Most of the press contingent is in Sydney or Melbourne doing it remotely, but there is a hardy few banded together at the Woolloongabba ground.

And you’d scarcely credit it, but the skies are largely blue, the radar is clear, and the forecast is mostly sunny at a top of 31 degrees by the sensible scale of measurement. The score is Australia 343 for 7 in the second innings, after England’s 147 in the first.

But there is a way back into this match for England. The deficit is 196. The weather is set fair for the next two days. The way is: get these last three wickets quickly, then bat like a dream. Make about 400, get a couple of hundred ahead, and be in the game on the final day.

It may not seem likely at this stage, but I would guess this pitch will be its best to bat on today and tomorrow, with more time in the sun. Given Australia’s push towards 400, England could make one too.

But of course, that depends on getting those three wickets. And we’ve seen the last few partnerships put on plenty before. One of the players resuming will be Travis Head on 112 not out from 95 balls, having made one of the fastest ever Test centuries by an Australian. He trusted his hands and eye last night, played a shot at each ball, and it worked for him. If he can push on today, he can shut the gate on even that narrow English avenue back into the game.