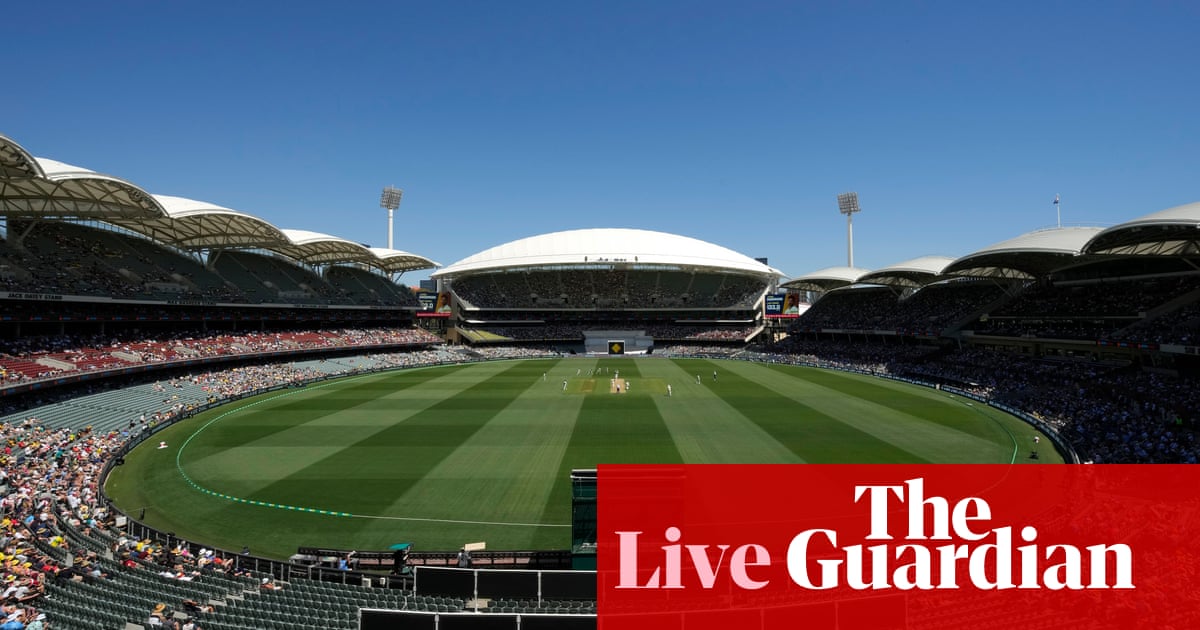 If you are still catching up on Friday’s happenings, Ali Martin was at the ground and has your back:

Good afternoon Australians. Good (very early) morning Britons. We are back at Adelaide Oval for this, day three of the second Test. Well, lightning was England’s player of day two as the elements halted proceedings before the tourists’ already-dented innings took any further hits. A divine intervention, if you will, at 17 for two and trailing by 456 runs. Now they resume, on a mission from god, to save this Test and the series.

The standoff between Cricket Australia and the South Australian health authorities is frankly more fraught than much happening on the pitch right now. And as Pat Cummins watches from isolation back in New South Wales, his side are taking their confidence from bat to ball. England’s circumstances are effectively the inverse of this. The scoreboard is bearing down, Mitchell Starc already has his tail up, Michael Neser has his first Test wicket and Jhye Richardson is looking sharp. That’s before we even get to Nathan Lyon, who likes the pink ball very much indeed.

Word is it’s a little cooler (though still relatively humid) at Adelaide Oval today, which will suit Australia’s bowlers. This wee fact might have been bouncing around that very particular tactical brain belonging to Steve Smith yesterday. While the mercury hovered in the mid-30s the captain had his hosts hunker down with the bat and force England to continue toiling in the field until sunset, at which point he declared at 473 for nine.

That scoreline also had a bit to do with England’s largely one-note attack and some general carelessness. It is difficult to see the tourists making a proper go of this Test but Ben Stokes is still a believer so let’s see what happens. Over to you, Joe Root and Dawid Malan. At the Gabba this pair brought up a 159-run partnership. Can they do it again?