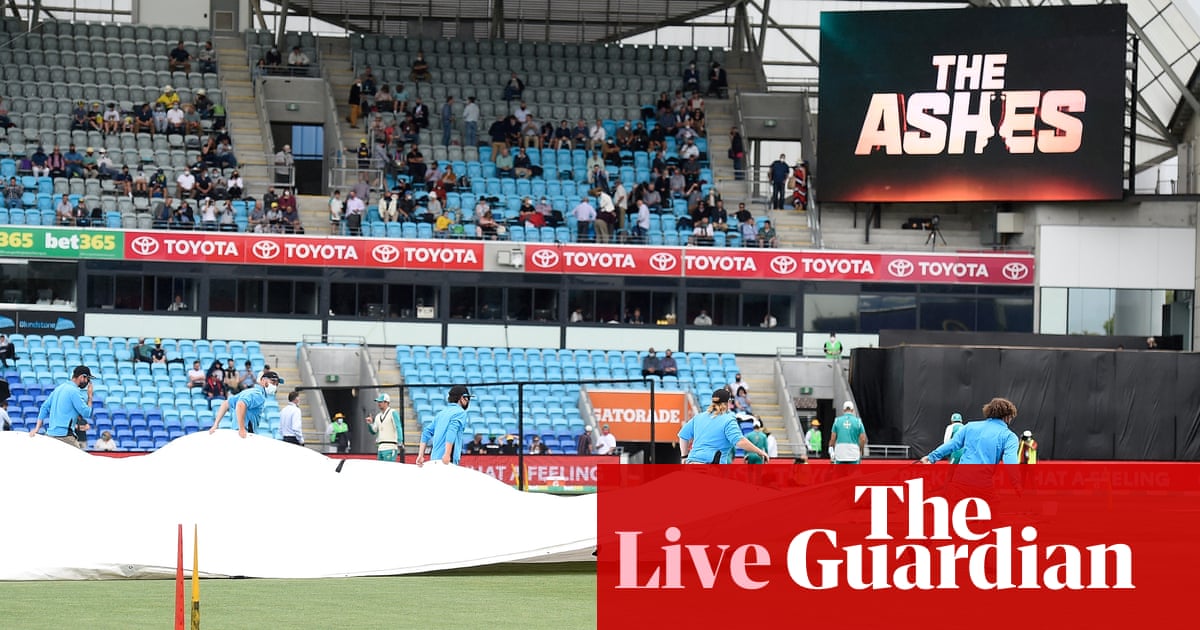 Holy heck! Every half-decent seamer from Hobart to Hull just started short circuiting. A rare sight on these shores.

And here’s Ali Martin, who’s been in fine fettle throughout the series, on an England team shambling to the end of a rough tour.

To kick things off, here’s a wonderfully evocative piece from Geoff Lemon on Tasmania; just how beautiful it is, just how cold it is (by Australian standards!) and just what this Test match means to the locals.

Hello all, and welcome to our over-by-over coverage of the opening day of the fifth Ashes Test. Weather permitting, and it rarely permits in this part of Australia, play kicks off in Hobart at 3pm local time – that’s 4am in the UK.

“We’re here preparing for the biggest sporting event Tasmania has ever seen,” the State’s Minister for Recreation and Sport said earlier this week. And indeed, there’s lots to be excited about in the Apple Isle. It’s first Test match in the state for five years. It’s the first ever Ashes Test in Tasmania. And it’s Hobart’s first day/night Test. The ball is pink. The pitch is greener than Bob Brown. The skies are temperamental. There’s plenty to look forward to.

The rest of the country, it must be said, has other concerns. Covid is rampant, the supply chains are breaking down, the federal government is dithering, and the national mood is bleak. The smirking mug of Novak Djokovic leads the news every night. A Test cricket match, dead rubber notwithstanding, is a welcome distraction from all that.

A bruised and battered England side is looking to win its first Test in Australia since 2010-11. The fourth Test was an absolute doozy and the visitors will be looking to go one better and salvage something from what’s been a dire month and a bit. Australia’s record in pink ball home Tests is extraordinary – nine Tests, nine wins. The bookmakers have them as prohibitive favourites. For the rest of us, something resembling the final day in Sydney would do nicely.