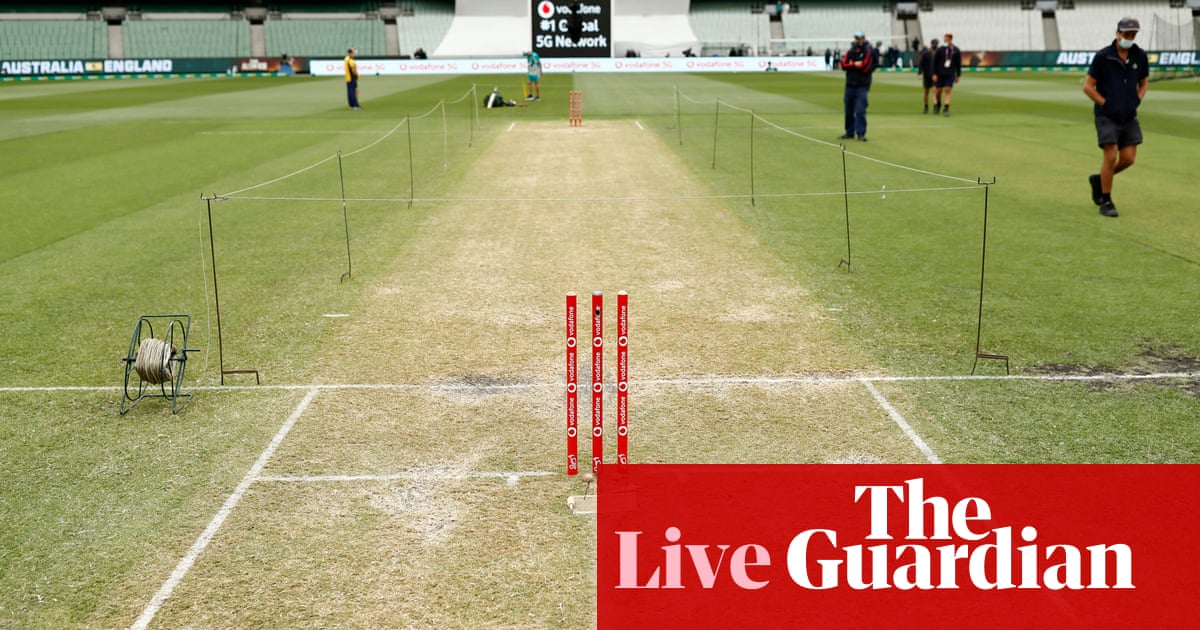 So, Channel 7 has just come on air in Australia and the frontline broadcasters (Ponting, Botham etc) are off having PCR tests. They have been replaced by the crew normally on BBL duty – Alister Nicholson, Brad Hodge, and Lisa Sthalekar.

Further, the ECB has just released the following statement about a touring family member also testing positive. Once again the precarious nature of this series reveals itself.

Some early reports coming through on Channel 7, the host broadcaster, that the MCG press box has a confirmed case of Covid-19. I’ll bring you more as it comes, but it wouldn’t surprise me if there was some disruption to how this match is broadcast.

Hello everybody and welcome to live over-by-over coverage of day two of the Boxing Day Ashes Test. We’re underway at the Melbourne Cricket Ground at 10.30am local time (11.30pm UK).

History doesn’t repeat, but it often rhymes, or so the saying goes. If that’s the case, then England’s Ashes series is turning into something from the Dr Seuss canon.

On day one at the MCG all the familiar failings materialised. Both openers fell cheaply, set batters got out to poor shots, no pressure was applied to Australia’s attack, and (although this is minor in comparison) England’s one true hope, Joe Root, could not convert a half-century into a Test-defining score.

There was plenty of noise after Adelaide that England had talked frankly about their performances. This set the tone for the topic of conversation throughout a miserable day’s play: that of England not backing up their words with deeds. I think we’ve all been willingly, or unwittingly, overthinking things.

From England’s perspective, the remainder of this series has to focus on how such a well-funded cricket board can deliver an outcome like this with such consistency. Something very significant is wrong that cannot be addressed by interrogating a heated dressing room debate or the angle of an opener’s blade.

This Test is not over, yet, but England’s first-innings dismissal just 65.1 overs after the toss means it is moving on apace. The next two days promise the best batting conditions at the MCG. Further ignominy for the tourists awaits.