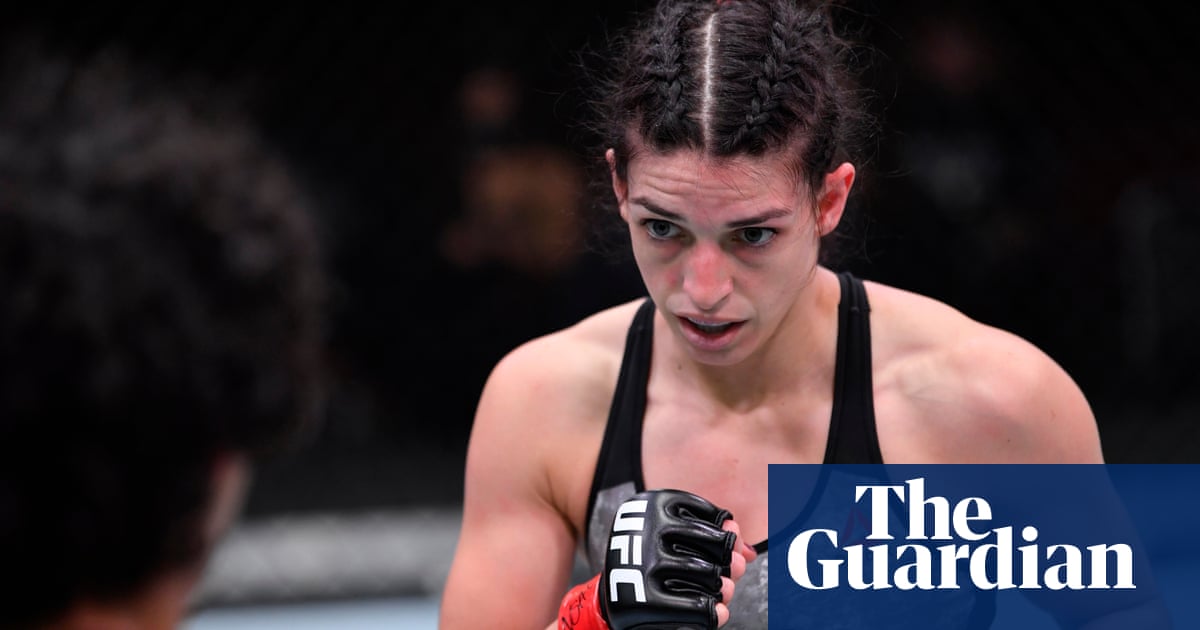 1) The upcoming Ashes series is still in the balance, but let’s close our eyes and pretend we’re at the Gabba anyway. Here’s a brutal bout of rain from 1987, a sensational hailstorm discharged in 1992, and a further classic enjoyed in 1998.

2) On Saturday night, Mackenzie Dern takes on Marina Rodriguez in the UFC’s straw-weight division. The daughter and step-daughter of Brazilian jiu-jitsu champions, Dern’s submission game is exceptional, so here’s a little doc about her rise and an interview in which she discusses people’s fascination with her accent (amongst other things).

3) Last weekend Manchester United played Everton, more than enough reason to revisit this masterful interview given by Alex Ferguson in 2010 when Wayne Rooney apparently fancied a move to Manchester City. Plus a we’ve-all-been-there special from the recent Champions League games: person in crowd criticises player while player is busy doing something great.

4) This week in 1998, George Graham – a league champion with Arsenal as both player and manager – took charge at Spurs. His appointment caused no small consternation at White Hart Lane – witness these fans outside the ground discussing things in a laudably dignified manner. And here’s a behind the scenes report from when Graham was at Millwall.

5) On this day in 1916, Georgia Tech – coached by John Heisman – beat Cumberland 222-0, the biggest winning margin in the history of college football. Here’s a look back at that through the eyes of the victors, and here’s a perspective which puts the match into context.

6) Laura Harper played six Tests and 25 ODIs for England between 1999 and 2005. Here she is, aged 12, appearing on Blue Peter after being picked for the Cornwall boys’ team.

1) A driver’s-eye view of a fairly swift jaunt around a mountain.

2) When a goalkeeper is unbeatable.