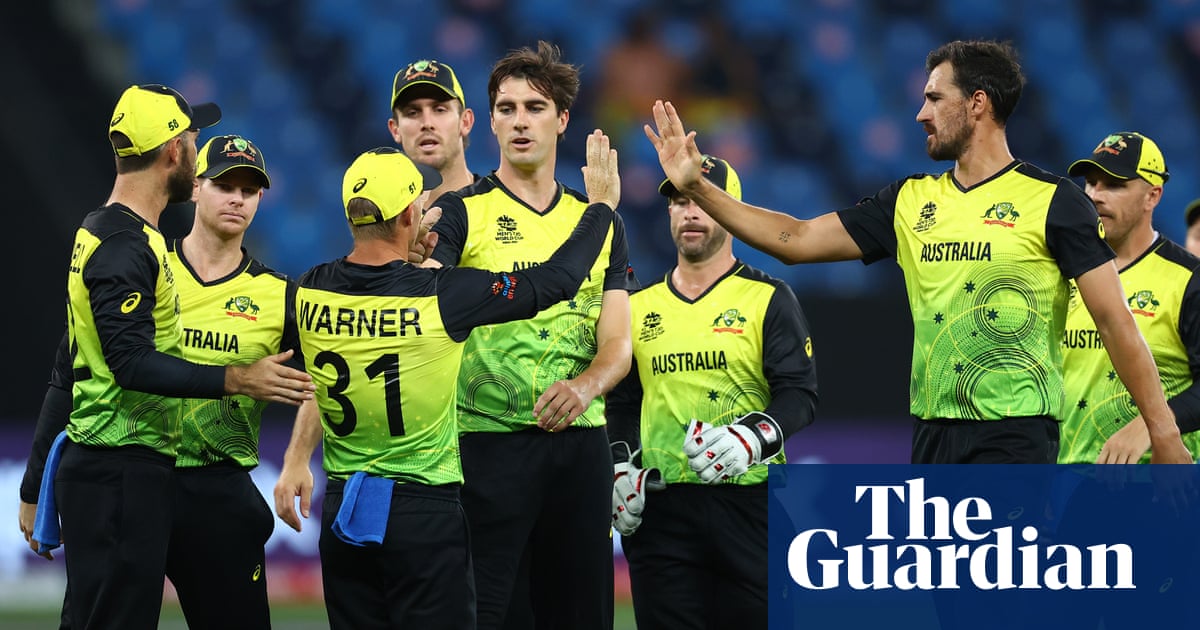 It’s that time again. The oldest grudge match in cricket. A contest spanning centuries. The Twenty20 Ashes. Too much? Yes, alright. Still, it is gently amusing that while the cricket reporters and fanbases of those two countries are gearing up for a Test series that won’t start for over two months, international cricket’s founding nations of the 1800s will play off at the entirely 21st century T20 World Cup.

Both sides have won both of their matches so far in run chases that should have ranged from a stroll in the park to a social hike up a gentle incline, although each ended up puffing and blowing more than they should have in one of their respective ascents. Their wins have been based on the work of their bowlers as well as switched-on fielding, with neither side having to go full tilt with the bat. They will play off for top spot in Group 1 on Saturday night. Despite their similar campaigns, Australia and England will launch into the contest in decidedly different ways.

For Australia, their T20 side has a lot in common with their Test team. The fast-bowling attack is Mitchell Starc, Patrick Cummins, and Josh Hazlewood, the latter two still learning their way in this format. David Warner and Steve Smith remain the key run-scorers, while the side features recent Test players Matthew Wade keeping wicket and Mitchell Marsh batting at three.

The Australians are banking on the quality of those pace bowlers to win out, and so far they have: in two matches a combined nine wickets, one every 16 balls, costing 17 runs apiece at 6.45 an over. They constitute a gamble though, in an XI stacked for batting. Most modern teams have a keeper in the top six, making room for a bowling all-rounder. Australia’s coach Justin Langer played with Adam Gilchrist at seven, and his team’s keeper does the same. This means four overs need to be found from the top order between Glenn Maxwell, Marcus Stoinis and Marsh.

It also means Adam Zampa is the sole specialist spinner, bowling defining two-wicket spells in both matches so far. When Maxwell had one over collared during the Powerplay against Sri Lanka on Thursday, his captain Aaron Finch hid him for the rest of the night, meaning no more spin on a surface where Zampa’s four overs returned 2 for 12.

England have a much more tailored T20 side. Of the unchanged XI in the tournament, Chris Jordan, Tymal Mills and Adil Rashid are all specialist bowlers in the format. Chris Woakes offers plenty with the bat and choked out Bangladesh with 1 for 12 from four overs. Moeen Ali is their trump card, a genuine batting option anywhere in the order while also taking 2 for 17 followed by 2 for 18. That makes three seamers, including one left armer, with an off-spinner and a big-turning leg-spinner, all of which before you come to Liam Livingstone’s less-than-frontline doorknobs as option number six.

Then there’s the batting power through the line-up, carrying on the approach of England’s 50-over World Cup campaign in 2019 by letting players keep hitting without having to worry about what is left to come. Jason Roy and Jos Buttler break it open at the top, Dawid Malan can anchor the innings if required, before Jonny Bairstow, Moeen, and Livingstone blast. Eoin Morgan has been short of runs but is still holder of the world record for sixes in a one-day innings. Woakes, Jordan and Rashid are genuine lower-order hitters, to an extent their counterparts don’t match.

The main consideration for England, given the role that they hope he will be fit to play in the Ashes, is whether to give in to the strong temptation to select Mark Wood for an early look at Warner and Smith. One of the fastest bowlers in the world, Wood is also one of the most injury prone. He could play in place of Mills, another express bowler with a long medical history, but it would equally be a spectacle to see them bowl in tandem. Top pace might be one of the things that could unbalance Smith.

Alternatively, Moeen’s flexibility does create the option of him going up the order to replace someone like Malan, creating room for Wood. Malan, though, has an astonishing T20 record against fast bowling, which could be vital for seeing off any especially dangerous overs from Australia’s quicks. If Roy and Buttler can’t take command early, and that sort of caution is required, the key to this match could well be how England’s hitters go against Australia’s makeshift fifth bowler. If someone like Livingstone ransacks those four overs, that could be the match. Whatever happens will have very little to do with what is coming up in a couple of months’ time. But for a while on Saturday night, it will seem to matter.

Tense Moments In Pak After Flight Diverted: SpiceJet Boss To