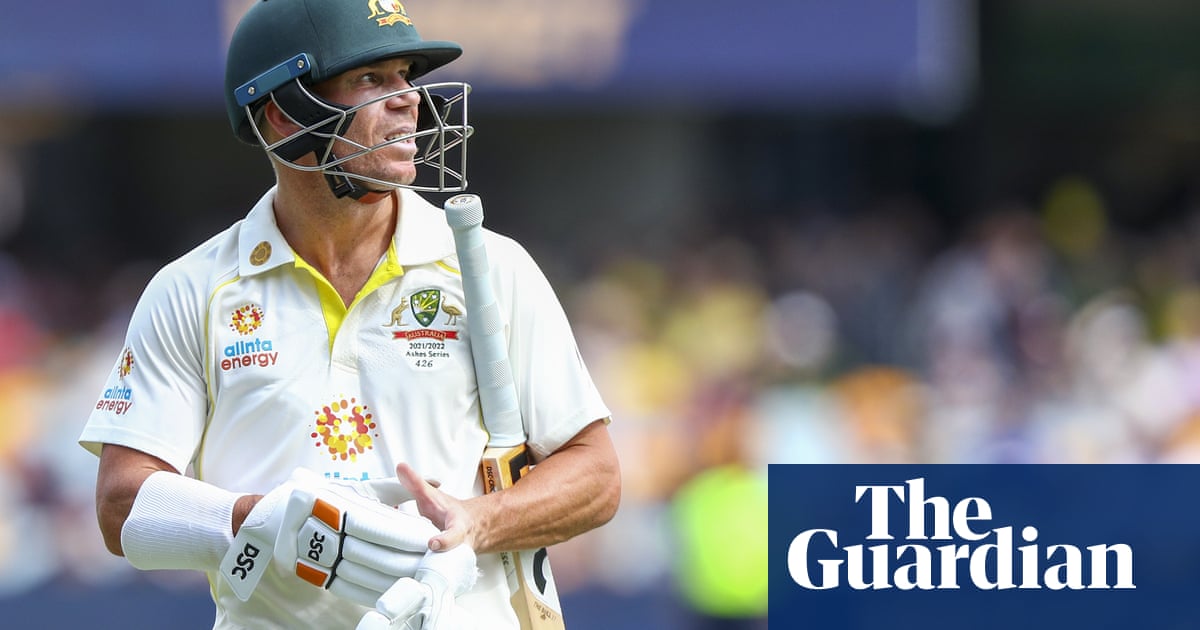 Australia have backed David Warner to recover from a rib injury in time to face England in the second Ashes Test on Thursday. The opener has been nursing bruised ribs since being hit twice in his first-innings 94 at the Gabba, before not batting in Australia’s simple chase of 20.

That prompted questions over his availability for Adelaide, after the left-hander also stayed off the field during England’s second innings. Australia have a training session under lights on Tuesday night at Adelaide Oval, which will likely give the biggest indication on whether he will play.

“I flew home with him a couple of days ago. His family have come into Adelaide which was nice,” Travis Head said. “And he felt like he was in a good space. Obviously he was a little bit sore, we didn’t take any risks with him only needing 20.

“He was going to bat but in the end our bowlers did a fantastic job to give him a day off. So I think for him it was just rest. I think he’s ready to go. So no issues for David.”

If Warner was to be out, Australia have a ready-made replacement with Usman Khawaja ready to step in at the top of the order. That could effectively create a shootout between he and Marcus Harris for the Boxing Day Test, with Harris’ spot still far from locked in long-term.

Bryce Street would also shape as a back-up option at the top in the event of further issues, after scoring a century for Australia A against the England Lions last week.

Warner’s situation comes as Australia’s selectors to continue to weigh up Josh Hazlewood’s replacement. Jhye Richardson remains the favourite after a hot start to the Sheffield Shield, with his extra pace seen as a factor in day sessions where the ball does not move around as much.

He also claimed five wickets at an average of nine in his only other day-night Test, on debut against Sri Lanka at the Gabba three summers ago. Neser’s debut meanwhile would be a long time coming, and his ability to swing the ball would only be enhanced under lights with the pink ball.

“Jhye has a bit more ball speed and that raw talent,” Head said. “We’ve seen that break games open. Nes is probably a little bit like the mould of of Josh, it’s relentless pressure, can get the ball to move around. The pink ball that suits their bowling both really, really well.”