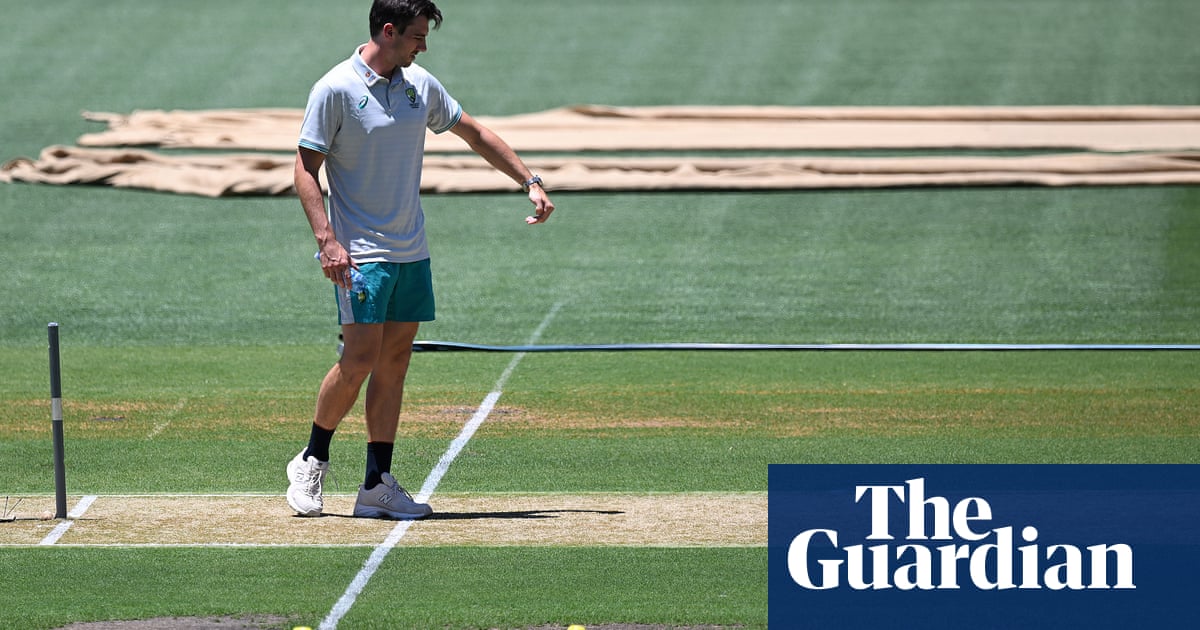 Australia’s best-laid preparations for the second Ashes Test were thrown into disarray before the start of play at Adelaide Oval as their captain, Pat Cummins, was ruled out after being identified as a close contact of a positive Covid-19 case.

Just hours before Thursday afternoon’s toss in Adelaide, it emerged that Cummins was dining at a restaurant in the city on Wednesday night when a person at the next table was identified as a positive case.

Cummins left the venue immediately and promptly informed cricket authorities, but the exposure was deemed sufficient for the fast bowler to be forced into isolation for seven days, under South Australia Health protocols.

Mitchell Starc and Nathan Lyon were dining at the same restaurant as Cummins, but Australia escaped the nightmare scenario of losing three frontline bowlers as that pair were seated at a separate table outdoors. They were deemed casual contacts and as such were free to play.

Cummins, who took a five-wicket haul in the first Test at the Gabba, was replaced by Test debutant Michael Neser in Australia’s starting XI. Steve Smith stepped up to lead the team for the first time since being stripped of the captaincy in the wake of the 2018 ball-tampering scandal.

Travis Head, who along with Cummins headlined the first Test in Brisbane with a century, assumed Smith’s role as temporary vice-captain.

“Gutted to miss this Test but really excited to see Neser finally get his chance in the baggy green,” Cummins tweeted. “He has done the hard yards and is a seriously skilful player.

“Super frustrating but Covid has thrown us all some curve balls over the last couple of years. Will be cheering along!”

Nick Hockley, CA’s chief executive, lamented the situation and said it was an unfortunate case of being in the wrong place at the wrong time.

“It’s a sign of the times we are in,” Hockley said. “We worked very quickly with SA Health to establish their position and everyone has been very co-operative, including the individual who tested positive.

“We struck a balance. We always know there is a level of risk, we’ve just been extremely unlucky. It’s a really unfortunate, really disappointing situation.”

Strict biosecurity bubbles were not deemed necessary for this series, with Australia and England players afforded as many freedoms as possible. There is no suggestion Cummins broke any rules and Hockley said the 28-year-old, who has since had a PCR test and produced a negative result, had worked “completely to the protocols our medical team had prescribed”.

The series moves onto Melbourne for the Boxing Day Test, where Cummins is expected to return, and then to Sydney for the fourth Test starting on 7 January. Hobart makes its Ashes debut in the series finale later in January.

There is an unwillingness to overhaul protocols and completely lock down players, and Hockley said it was a “prudent approach” to keep the tour going. But CA will continue to monitor the situation, especially in Melbourne and Sydney where the Omicron strain of the virus is spreading.

“We’re got protocols that flex, we’re looking at it every single day.” Hockley said. “Our protocols include the playing group dining in small groups, that is designed to mitigate the risk we have seen unfold very unfortunately here in Adelaide.

“I spoke to my counterpart this morning and everyone wants to see full strength sides out on the park. Dining outside is a great way to mitigate risk.”

Australia are dominant with the pink ball and are seeking to open up a 2-0 series lead under the lights in Adelaide after a convincing victory at the Gabba last week put them in the driving seat.

But the loss of Cummins comes as a major blow to the hosts, who were already without fellow quick Josh Hazlewood due to an injury picked up during the match in Brisbane. Cummins, the world’s top-ranked bowler, is fearsome with the pink ball in hand and has taken 46 wickets at an average of 16.23 in day-night Tests.