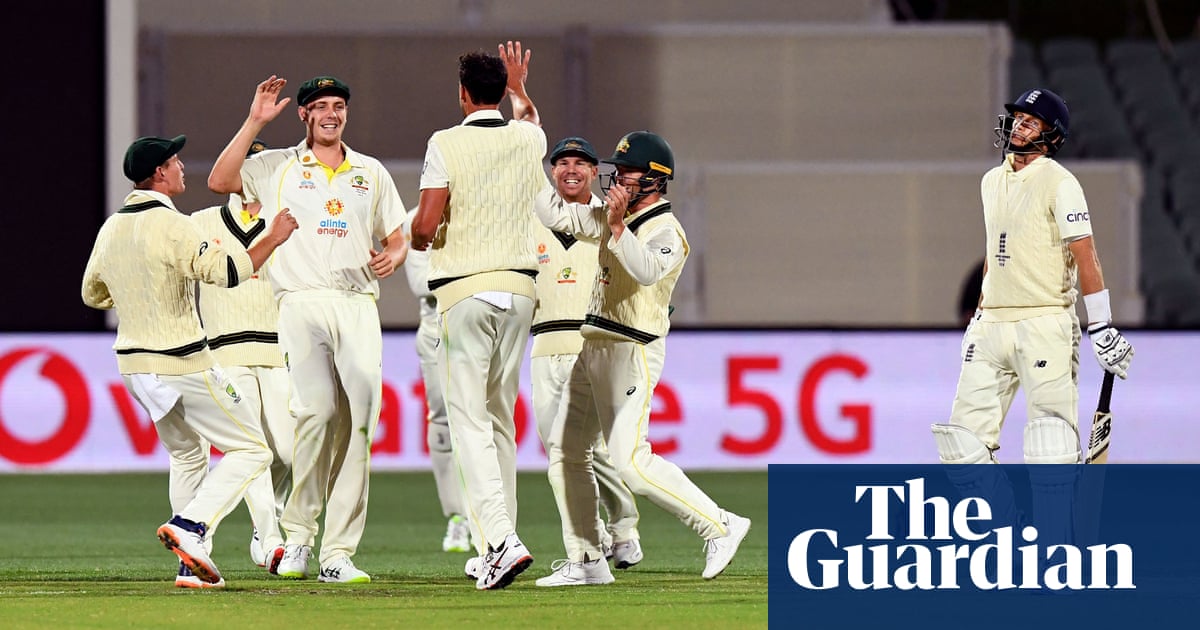 England lost Joe Root to the final delivery on day four of the second Ashes Test, a hammer blow that left the tourists on 82 for four, needing to bat for three full sessions in Adelaide on Monday with just six wickets in hand.

Root’s day was bookended by bouts of eye-watering pain after he was struck in the groin without the protection of a box during the pre-play warm-ups. The England captain was clattered again in the same area by an 85mph delivery that left him buckled over in pain in the final session.

The lasting blow was dealt after he bravely resumed the battle, nicking Mitchell Starc outside off stump with close of play looming. His physical discomfort will likely ease in time, but England’s Ashes may not if they slip 2-0 down with three to play.

England began their second innings aiming only to stay in the game after Australia set them an enormous victory target of 468, but Haseeb Hameed was quickly out for a duck off Jhye Richardson. Rory Burns and Dawid Malan fell for 34 and 20 respectively before Starc’s late wicket ended Root’s resistance.

Stokes, who showed the right kind of bloody-minded intent with an unbeaten three for 40 balls, does not know how to give up on a lost cause but he will need major back-up from the likes of Ollie Pope and Jos Buttler if he is to take it close.