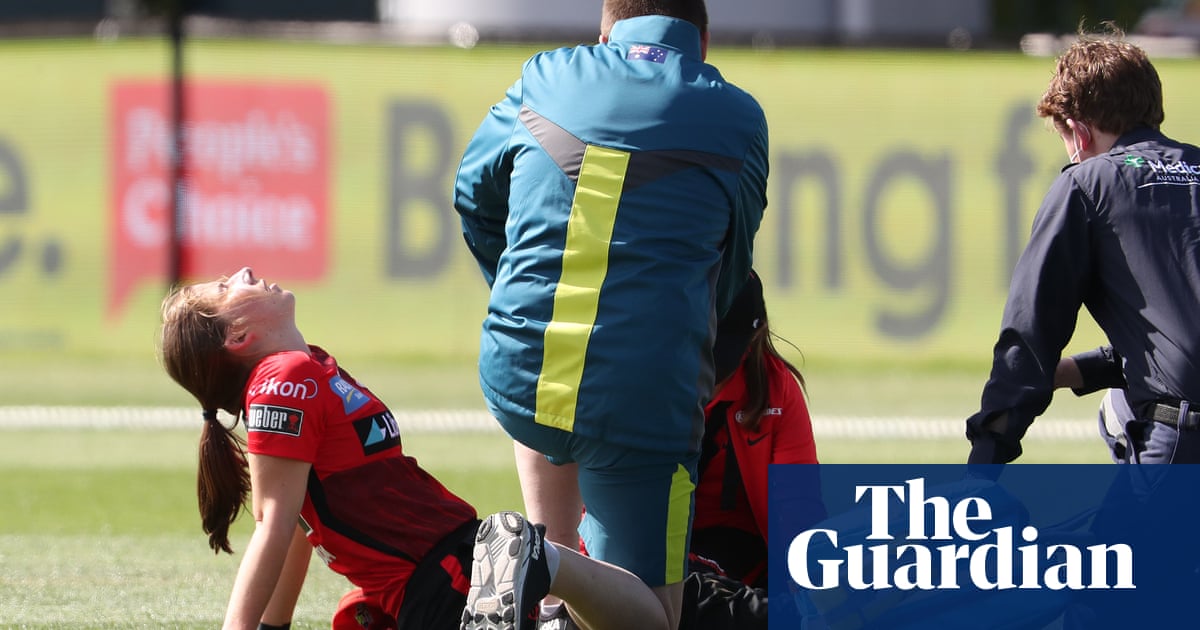 Australia are set to be without their first-choice legspinner for the women’s Ashes and one-day World Cup with Georgia Wareham suffering a serious knee injury.

Wareham was hurt while fielding for the Melbourne Renegades in Wednesday’s loss to Adelaide, going down as she ran across the boundary. Scans have since confirmed a ruptured anterior cruciate ligament in the 22-year-old’s left knee.

The news comes as a serious blow to Australia ahead of the Ashes, given Wareham is their first-choice wrist spinner and one of the world’s best legspinners.

Cricket Australia are yet to put a timeframe on Wareham’s return, however given the usual six-month recovery she will struggle to make the one-day World Cup in New Zealand in March.

“She had an ACL rupture on the same knee at the age of 14 whilst playing [Australian rules football] which was reconstructed using a synthetic ligament,” Australia’s team doctor Pip Inge said.

“Whilst in the field yesterday she had an instability episode of the left knee resulting in a rupture of the graft. As a result she will be unavailable for the remainder of the WBBL season.

“Cricket Australia and Cricket Victoria medical staff are working in consultation with Georgia on the longer term management plan.”

Beyond the 50-over World Cup, Australia also have a Commonwealth Games next August.

Wareham has been one of Australia’s best since debuting in 2018, never relinquishing her spot. In T20 cricket she averages 13.52 with the ball and goes at less than six an over, while in one-day cricket her economy rate is at a lowly 4.24.

Coach Matthew Mott has a wealth of depth with finger spinners, but Wareham was his only real wrist-spinner in recent years.

Amanda-Jade Wellington will likely be Australia’s next option if selectors want a legspinner in their squads, after she played in the 2017-18 Ashes but was dropped shortly after.