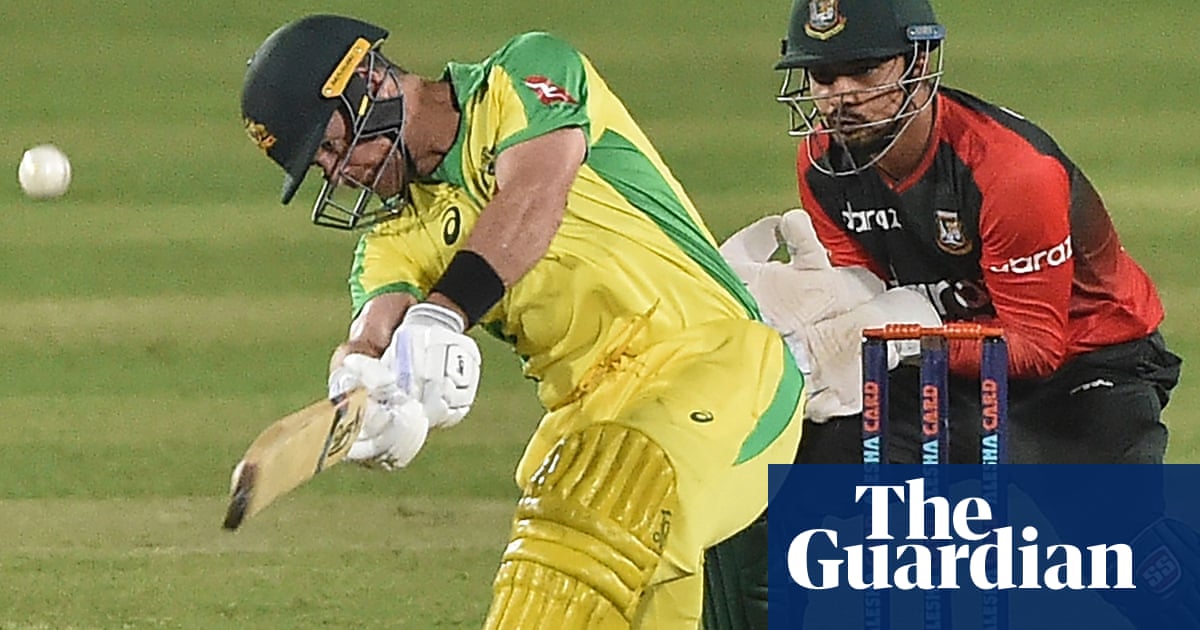 Australia have overcome what allrounder Dan Christian labelled the toughest conditions in the world to score a drought-breaking three-wicket win in a low-scoring Twenty20 thriller against Bangladesh in Dhaka.

Chasing Bangladesh’s 104-9 in the fourth match of the series on Saturday, Australia looked in control after a 15-ball 39 from Christian but they lost five wickets for 18 to slip to 65-6 in the 11th over.

Ashton Agar (27 off 27) got Australia back on track, adding 34 with Ashton Turner before being dismissed in the 18th over with six needed for victory. Turner and AJ Tye picked off the remaining runs and Australia reached their target with an over to spare to record their first win after three losses.

“It will be great for the group, we don’t feel like we’ve been playing that badly,” Christian said. “We’ve been bowling really well and we”ve put some really good partnerships together.

“Bangladesh are a really good team here in their conditions, probably the toughest conditions you will get anywhere in the world, and they are able to exploit them really really well.

“They don’t compare to anything I’ve faced in my career, these are as difficult conditions that I’ve ever seen for Twenty20 cricket. A total of 120 is like 190 anywhere else. It’s an extremely difficult place to try and bat,” added Christian, who has played in T20 competitions in many countries.

Australia have not scored more than 121 across the series, with Bangladesh’s best only 10 runs higher. Bangladesh lost 56-8 after they were 48-1 two balls out from the halfway point of their innings.

Recalled bowlers Mitchell Swepson and Tye each played a major part for the visitors. Legspinner and man of the match Swepson, who was chosen for the first time this series, returned career-best T20I figures of 3-12. Paceman Tye, making his third appearance of the series, ripped through the lower half of the Bangladesh order, taking 3-18.

Australia’s chase got off to a poor start with captain Matthew Wade bowled by offspinner Mahedi Hasan (2-17) off the fourth ball of the innings. Christian briefly soothed Australia’s nerves with a blistering cameo after being promoted to number three.

He belted five sixes in an over off left-arm spinner Shakib Al Hasan (0-50), bludgeoning the ball over long on and deep midwicket, as Australia raced to 45 by the end of the fourth over.

“We needed big runs up top, and that changed the match.” Wade said.

Asked about his elevation in the order, Christian said: “We spoke a lot about how difficult it’s been for both teams in all the games to bat at the death, so we figured that trying to maximise that power play was going to be the best option.

“My role was just to come out and try get as many as I could as quickly as I could, try and break the back of that chase and make it bit easier for the guys coming in later on.”

Bangladesh got back into the game with wickets in successive overs and continued to work their way through the middle order. Left arm Mustafizar Rahman (2-9) again proved difficult to score off but Bangladesh paid for only managing to hit four boundaries and two sixes in their innings.

“We didn’t assess the wicket well enough batting first,” said Bangladesh captain Mahmudullah. Paceman Josh Hazlewood (2-24) swelled his wicket haul for the series to a team-leading eight, by taking the first two of the Bangladesh innings.

The final game of the series will be played on Monday.