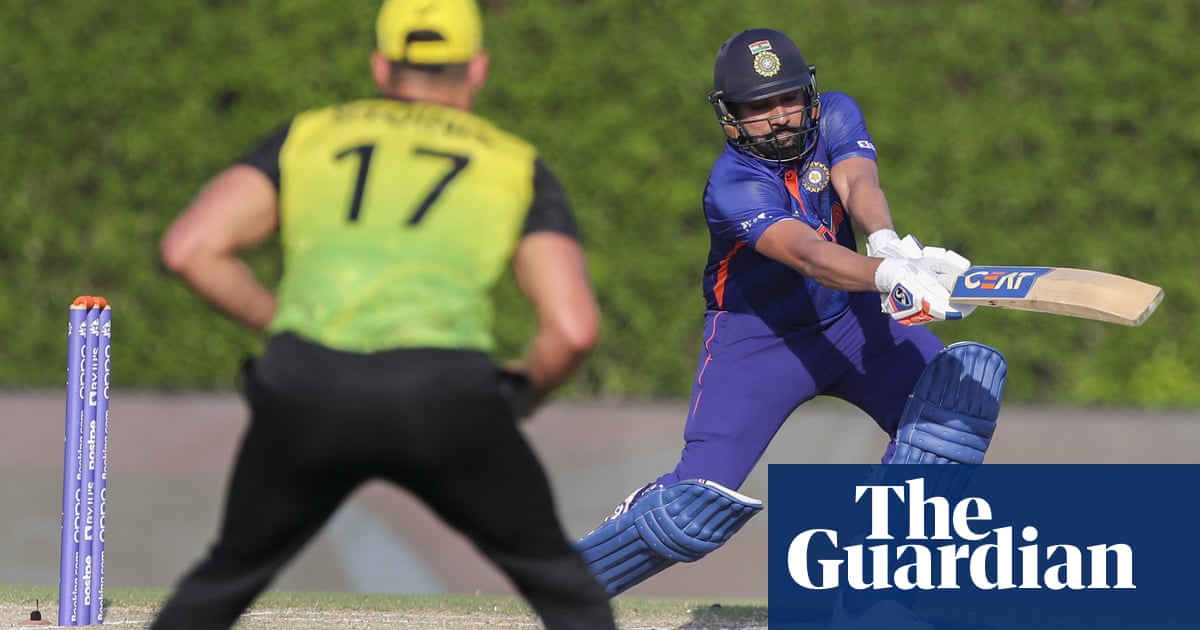 Aaron Finch’s team never recovered from a bad start in which they were reduced to 11 for three. Steve Smith, with a 48-ball 57, enabled them to reach 152 for five but India cruised to the target with more than two overs to spare. Australia dismissed only one batsman, with Rohit Sharma retiring when he reached 60 to provide batting practice for his teammates.

Underlining the status of the match India used seven bowlers, including Virat Kohli, and Australia eight. Nevertheless, the one-sided nature of the match will have been a concern for Australia only three days before the start of the competition.

Australia had begun poorly with David Warner leg before to Ravi Ashwin for a seven-ball one and Mitchell Marsh perishing next ball for a duck. When Finch fell to Ravi Jadeja for eight Australia were 11 for three off 19 balls.

Smith and Glenn Maxwell rebuilt the innings adding 61 in 53 balls before the latter was bowled for 37 off 28 balls. Marcus Stoinis, who hit the innings’ only six in an unbeaten 41, then helped Smith double the score with Australia scoring 58 off the last five overs.

Smith was dismissed off the penultimate ball but Matt Wade hit his only delivery for four to carry Australia past 150.

When they bowled it took 12 overs for Australia to make a breakthrough, Ashton Agar having KL Rahul caught at long-off by Warner in the 12th over.

That, however, was the only wicket taken. Sharma’s 60 took 41 balls, Suryakumar Yadav made an unbeaten 38 off 27 balls, and Hardik Pandya finished the innings with a six off Kane Richardson to tally 14 off eight.

Australia open their campaign against South Africa in Abu Dhabi on Saturday.