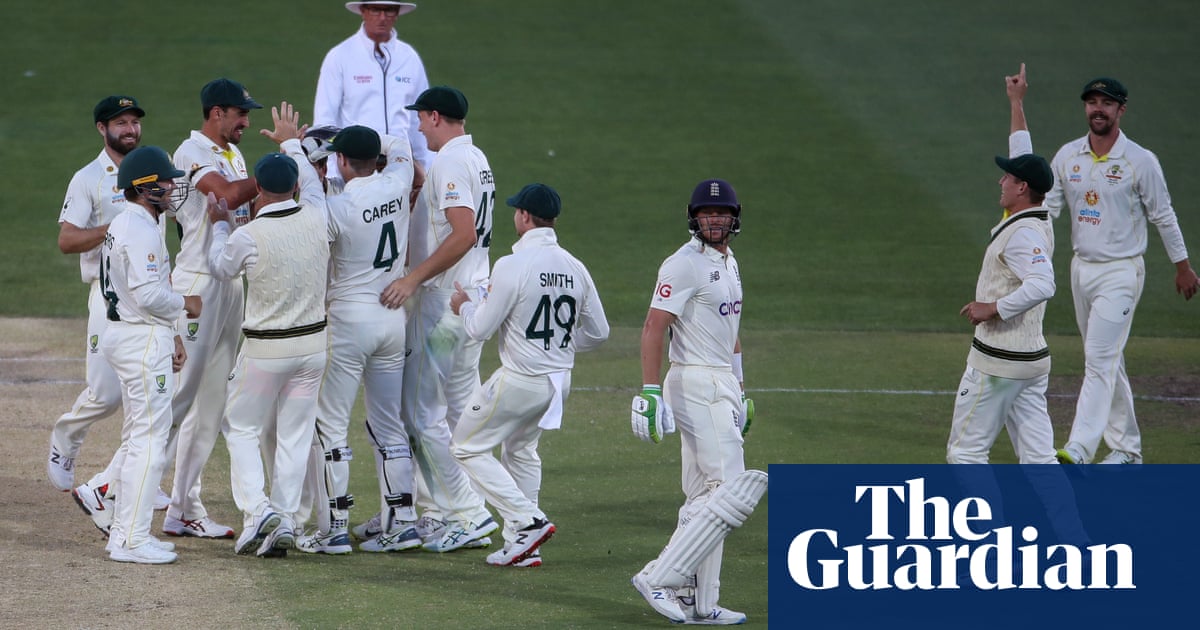 Australia were made to work hard before claiming England’s six remaining wickets on the fifth day of the second Test at Adelaide Oval to secure a comprehensive 275-run win and open a 2-0 series lead.

English hopes of salvaging something from the day-night Test were assumed to rest on the shoulders of Ben Stokes, who resumed at the crease alongside Ollie Pope on the final day of play with a clear remit to block as long as possible.

But the odds that England could bat the entire day and salvage an unlikely draw lengthened with Stokes’s dismissal 14 overs into afternoon. By that time, Pope had already departed.

Stokes fell for 12 to Nathan Lyon, who successfully reviewed an lbw decision initially given as not out, after Pope had gone in just the third over the day, well caught in the slips by Steve Smith off the bowling of Mitchell Starc.

England continued an unlikely resistance, however, that frustrated Australia. A gutsy partnership between Chris Woakes and Jos Buttler significantly extended the day as they managed to navigate England safely to the dinner break without further loss.

Woakes eventually went on 44, clean bowled by Jhye Richardson, which brought Ollie Robinson to the crease.

England were just a few minutes away from the tea break when Lyon picked off Robinson, who hung around for 39 balls and eight runs before fending to slip.

England somehow made it to tea with Stuart Broad surviving an lbw appeal along the way but when Buttler went shortly after the resumption, having somewhat farcically trod on the base of his off stump after an epic effort to reach 26, it left England’s two elder statesmen bowlers an improbable task to see out 23 overs.

And so it proved, with Richardson removing Jimmy Anderson for two to wrap up a second victory for Australia.

The series moves to Melbourne for the Boxing Day Test, when Australia will be able to win the Ashes with a third straight victory, or at least retain the urn if they can avoid defeat.