Australia thrashed by Bangladesh after collapsing to 62 all out 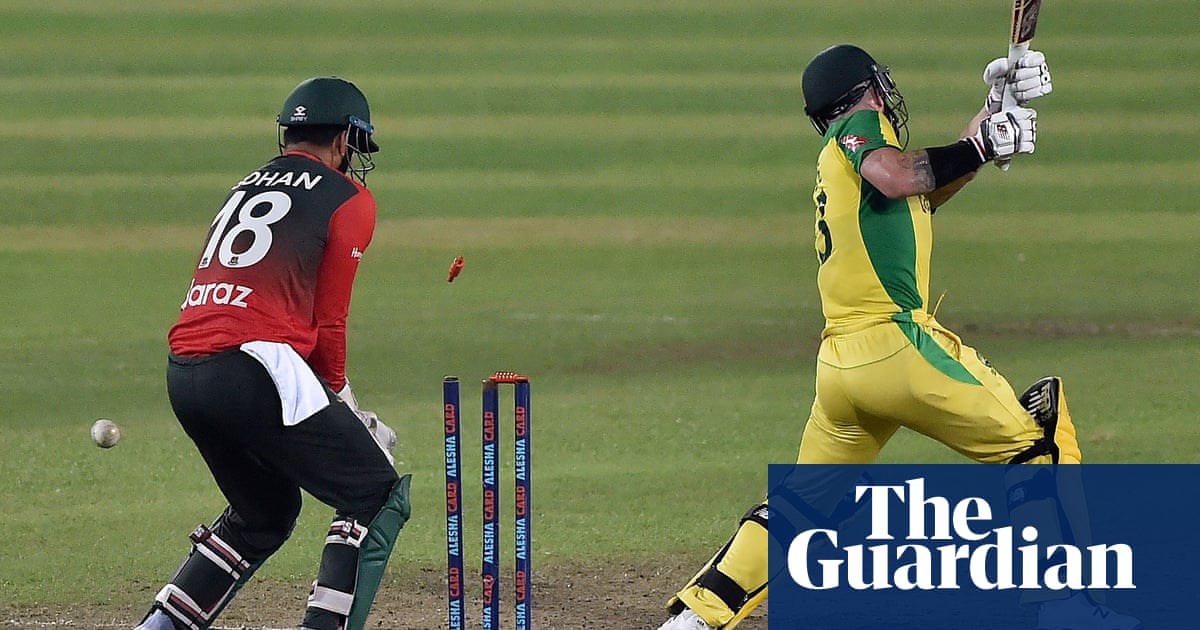 The all-rounder Shakib Al Hasan triggered a middle-order collapse as Bangladesh thrashed Australia by 60 runs in the fifth Twenty20 international in Dhaka on Monday to secure a handsome 4-1 series win against the touring side.

Set a target of 123, Australia were bowled out for 62 in 13.4 overs – their lowest total in T20s – as Shakib completed figures of four for nine, superbly assisted by Mohammad Saifuddin (three for 12) and Nusum Ahmed (two for eight).

Bangladesh won the toss and openers Mahedi Hasan (13) and Mohammad Naim (23) got their innings off to a quick start with a partnership of 42 before Australia fought back, giving away just 20 runs in the last five overs as the hosts finished on 122 foe eight.

The bowlers all chipped in, with Nathan Ellis (two for 16) and Dan Christian (two for 17) using their variations to great effect on a wicket where runs were hard to come by as the innings wore on.
It was Australia’s second successive T20 series defeat following the loss in the West Indies last month. The T20 World Cup starts in October.

We Were Born to Do This!