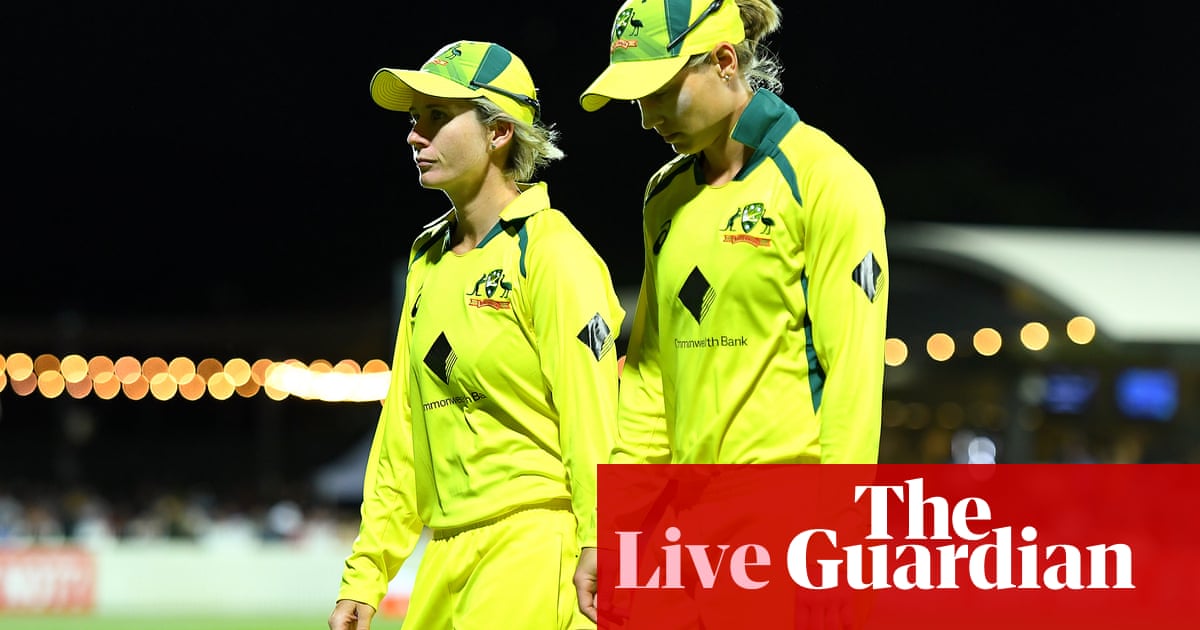 The news, the news. Rachael Haynes is still out injured. But Tayla Vlaeminck is back! They’ve been waiting for this since she got hurt just before the 2020 World Cup, really. Easing her in with a four-over stint. Hannah Darlington is making her debut in this format, having started out in ODIs a couple of weeks ago. This is the format where she’s been so good bowling at the end in the Big Bash. And Tahlia McGrath is playing her first T20 for Australia, which is odd considering she started in ODIs in 2016 and played a Test in 2017. But here she goes. And with Healy opening with Mooney, that means Perry will bat at 5. Interesting to see what her future in the T20 format is for Australia, given her best work domestically is done at the top.

For India, Harmanpreet Kaur is back! The captain in this format, recovered from injury. Yastika Bhatia gets a cap as reward for her good work in the other two formats. Tania Bhatia was the specialist keeper for the Test but makes way for Richa Ghosh here. The seamer Renuka Singh makes her debut, and Shikha Pandey is back in the short form after being left out of the ODIs. No room for Sneh Rana despite recent heroics in all formats.

Have a look, then chase. The T20 mantra. Australia get that chance.

This is… part three. Of the multiformat series, that is, between Australia and India. And the whole thing is on the line. The Australians would have come into this affair confident of bossing the fixtures on home ground, and that was borne out when they wiped out India in the first one-dayer, chasing a decent target one wicket down like it was the easiest thing in the world.

Since then, though, things have changed. India dominated the second match and should have won but for some late choking with the ball, and the Aussies got away with it. India came back from that disappointment to win the third match. Then the visitors had much the better of the Test match, and rain was the main factor preventing them from pressing for a win.

So the Aussies have been challenged. Nonetheless, they lead the points system 6-4, and are a champion team. Three T20s will round out the series.

The equation is that India need three wins from three to win the series. So first mission for Australia, notch one more limited-overs win and at least lock in a shared result. From everything we’ve seen so far, this should be another good contest.