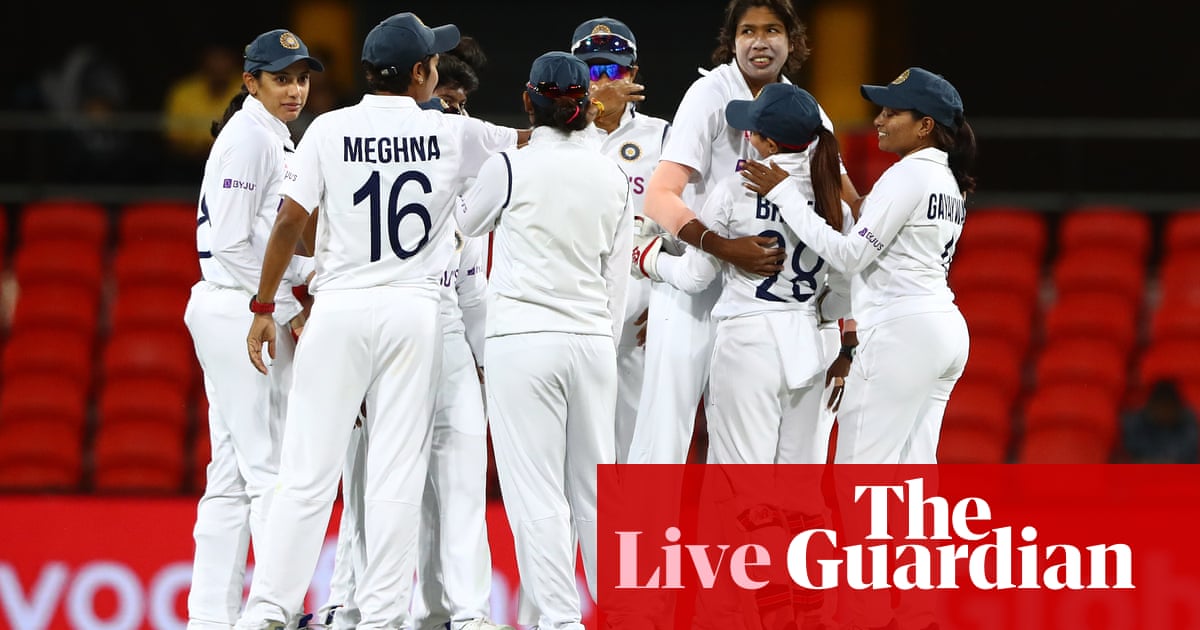 Hello, friends and fiends. Day four, the last, the final, the ultimate, in this women’s Test match between India and Australia – the first time these sides have played since 2006. And a good argument for having a fifth day in women’s matches, which so often end in draws, because this one will struggle to get a result unless there’s a crash of wickets.

We’re only into the second innings of the match, with Australia on 143 for 4, trailing India’s first-up score by 234 runs. The follow-on mark is 150 runs in four-day matches rather than the 200 we see in five-day Tests, so the Australians are still 84 runs away from saving it. If India can get them out short of that mark, the visitors are still a chance to win. If not, it’ll be hard to find a path.

The best news for Australia is that Ellyse Perry is still at the crease, the player born to play this format. Her last three innings: 76 not out, 116, and 213 not out.