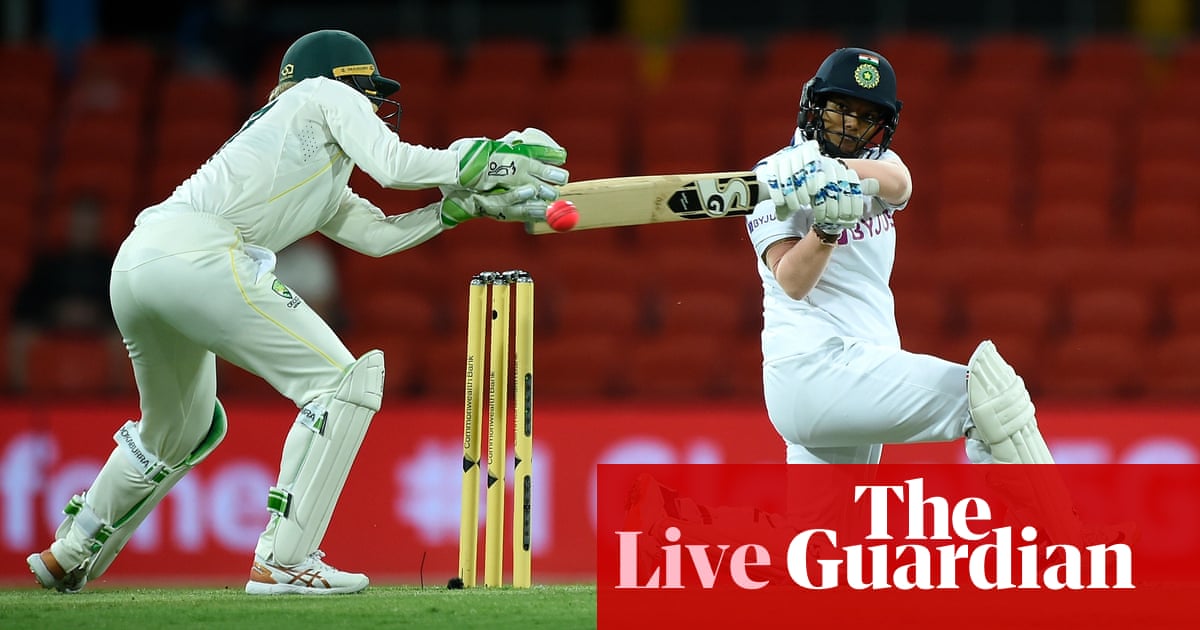 So, the state of play from when we left off. It was not long after Sutherland got that remarkable run out of Mithali Raj. Taniya Bhatia faced 13 balls without scoring, she didn’t look to be any hurry to score. It will be interesting to see if she’s going to get a bit more of a hurry on today and push for a win.

From Australia’s point of view, Tayla Vlaeminck speaking on Fox Sports says the team are optimistic about the bounce of the wicket today and are hoping to be able to rip through the tail and get out there to bat fairly soon. So it sounds like they will be taking the aggressive route to look for the win, but if India go into defensive mode, that task will be much more difficult.

Well, it’s bit a very mixed start to this Test so far. There have been passages of exciting play, long periods of slow scoring and of course, the near constant threat of rain. Storms interrupted play on the first two days, which of course significantly decreases the likelihood of a result, especially considering it’s only a four day Test. Could this be the argument to push five day Tests for women over the line? I certainly hope so.

As for what we’re likely to see today, I think we’ll be able to tell pretty early if India are planning to go for the win, or play it safe and take the draw. A win for India would be huge in the context of the series, but with four points on the line, there’s a chance neither team will want to take the risk and instead will look to capture the series in the T20s. I really hope that isn’t the case, because I love exciting Test matches and teams that go for a result. If you were following the live blog yesterday during the rain delay you may have noticed that my favourite Test is Australia v England in 2011, when Australia under Alex Blackwell’s captaincy declared behind and went on to win. I’m hoping we see something bold and exciting from one or both teams out there today!

From all reports up at the Gold Coast, today is a warm, sunny day with no storms on the horizon, so let’s see if we can get 100+ overs in today. Only 30 mins until the first ball, so it’s time to get into it!