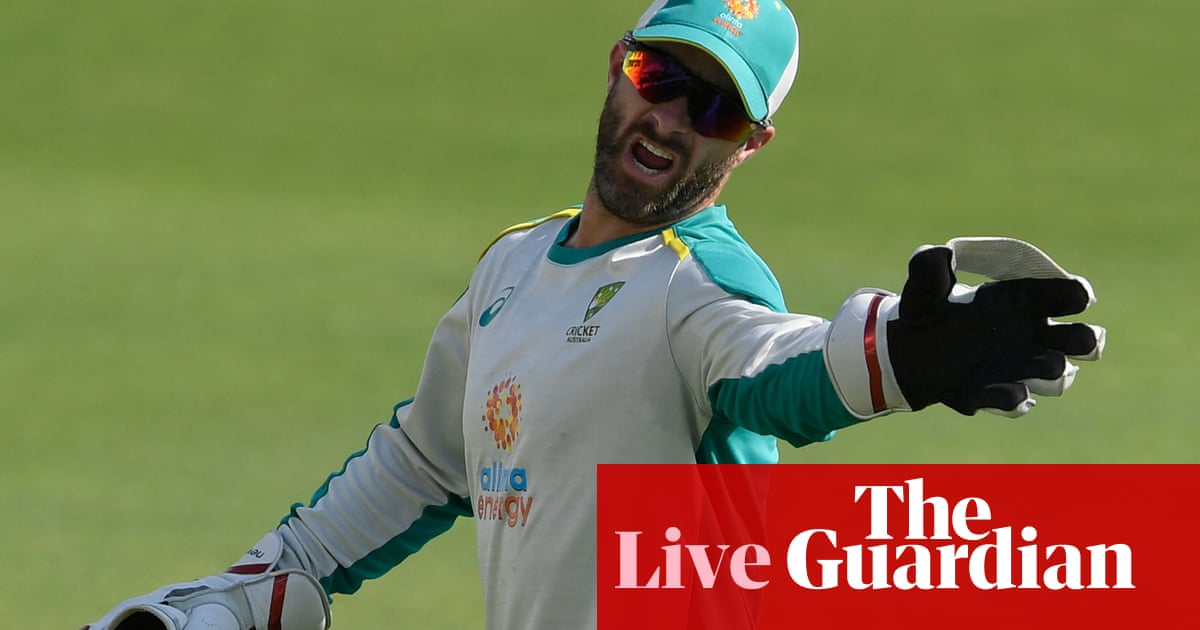 Is this the group of death? You can look at it two ways. In theory, having Namibia and Scotland over in the other pool makes it look like the place to be. On the other, it means that over here, in group one, there might be more latitude with historically stronger teams taking points of each other. It made Australia’s scrappy win over South Africa all the more important, as was Sri Lanka’s triumph over Bangladesh when chasing down plenty on Sunday at Sharjah.

There was a wobble in the latter of those games, but Charith Asalanka and Bhanuka Rajapaska (on his birthday) pinged enough balls out of the ground to get the job done. It took Marcus Stoinis and Matthew Wade to chase Australia’s target of just 119 with a couple of balls to spare in the tournament opener on Saturday, albeit after bowling and fielding outstandingly well against the Proteas.

Will Aaron Finch deploy Ashton Agar as an extra spinner? On paper, it appears logical on a wearing pitch, but Josh Hazlewood and Pat Cummins are doing everything right and Mitchell Starc has to play where a white ball is involved – he’s fine to play, by the way, despite copping a whack at training training. With Wade at No7, it means four overs out of Glenn Maxwell and/or Marcus Stoinis, which worked well at Abu Dhabi, but won’t come off every time.

As for Dasun Shanaka’s men, they have at their disposal the tweak of Maheesh Theekshana, who missed through injury. What’s certain when the coin goes up: the captain who wins will bowl first.

Right, we’re about 20 minutes from the toss at Dubai Sports City. Back with you with news from that shortly. Between times, you can stay in touch with me throughout via email or on twitter.