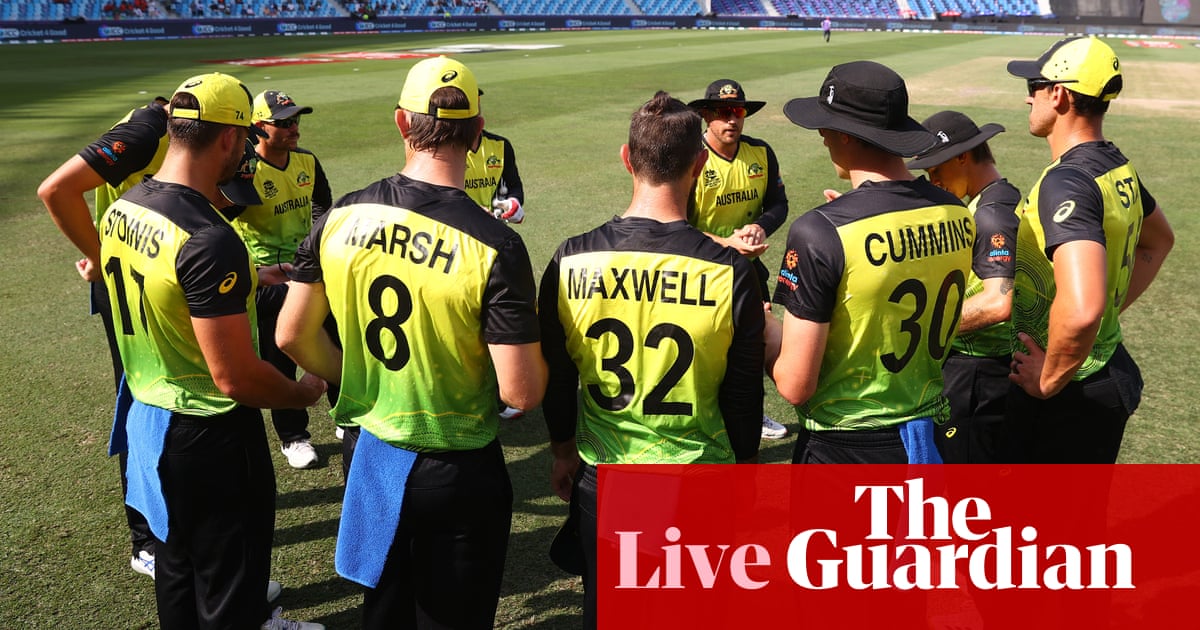 Hello, good evening and welcome to live coverage of Australia v West Indies in Abu Dhabi. Whatever your preferred nomenclature – Judgement Day, Super Saturday or, as it was once known, Saturday – this is a very big day (and night) for Australia. In around 10 hours’ time they will either be planning for a semi-final, probably against Pakistan in Dubai on Thursday, or arranging flight DO1 back to Australia.

You almost certainly know the state of play, but let’s have a quick recap just in case. There are two games today that will decide whether Australia reach the semi-final of the men’s T20 World Cup for the first time since 2012: this one in Abu Dhabi and then England v South Africa in Sharjah. The use of net run-rate (NRR) as a tiebreaker, and the fact the two matches are staggered, means a whole heap of uncertainty. Australia could lose and go through; they could also win and go out.

South Africa’s trump card is the schedule. For most of this tournament it’s been beneficial to bat second. Today, it’s an even bigger advantage to play second. South Africa will start their game against England knowing exactly what they need to do to qualify. (It’s possible that both Australia and South Africa could go through at England’s expense, but it’s probably a 500/1 shot.)

All Australia can do is win against West Indies – the bigger, the better, as renowned cricket tragic Karen O would say – and hope England do the necessary, whatever that may be, against South Africa. It’s going to be a long night, so you might want to source a few things before play starts: industrial-strength caffeine, valium, a calculator. And if you know how to set up a NRR spreadsheet, you’re my new best friend.