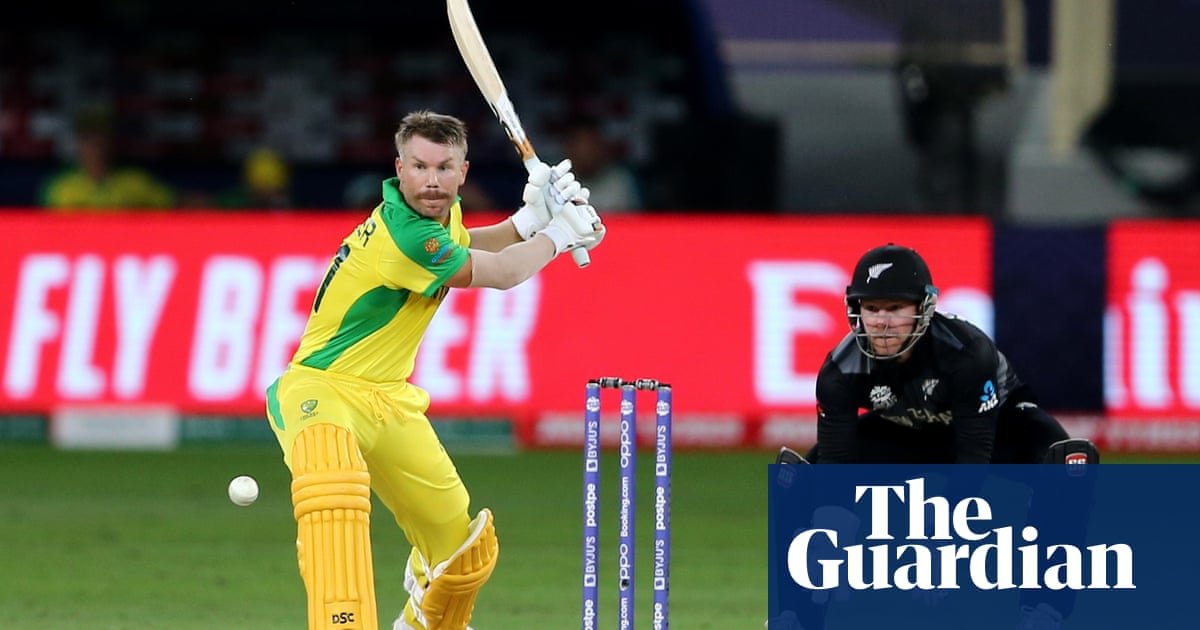 A 92-run second-wicket partnership between David Warner and Mitchell Marsh set Australia up to win the T20 World Cup final against New Zealand by eight wickets.

The two came together with the score on 15, before blasting away the Black Caps bowlers as Australia eased to the 173 target with an over to spare.

After a slow opening 10 overs, Kane Williamson struck Mitchell Starc for 19 runs in the 11th to inject impetus into the New Zealand innings. The first ball of the 12th, however, saw Martin Guptill launch Adam Zampa towards deep midwicket where Marcus Stoinis was waiting to end the second-wicket partnership for 48 runs.

Following the loss of Guptill, captain Williamson took it upon himself to ensure New Zealand set a competitive total for Australia to chase. Williamson reached his half century from 32 balls with a six off the bowling of Glenn Maxwell. Williamson targeted the bowling of Mitchell Starc, who went for 50 runs from his opening three overs, as the Blacks Caps captain raced to 85 from 48 balls before being caught at long-off by Steve Smith from Josh Hazlewood, leaving his teammates to complete the innings as New Zealand made it to 172-4 from their allotted overs.

In response, Warner set the platform for Australia as he struck four fours and three sixes on his way to 53 from 38 balls. He’d been joined at the crease by Marsh who reached his 50 even quicker than Warner, bringing up his half-century with a six to complete it in 31 balls. Marsh would go on to hit an unbeaten 77, ably assisted by Maxwell whose lusty blows kept the momentum up after Warner was dismissed as Australia raced to victory with seven balls to spare.