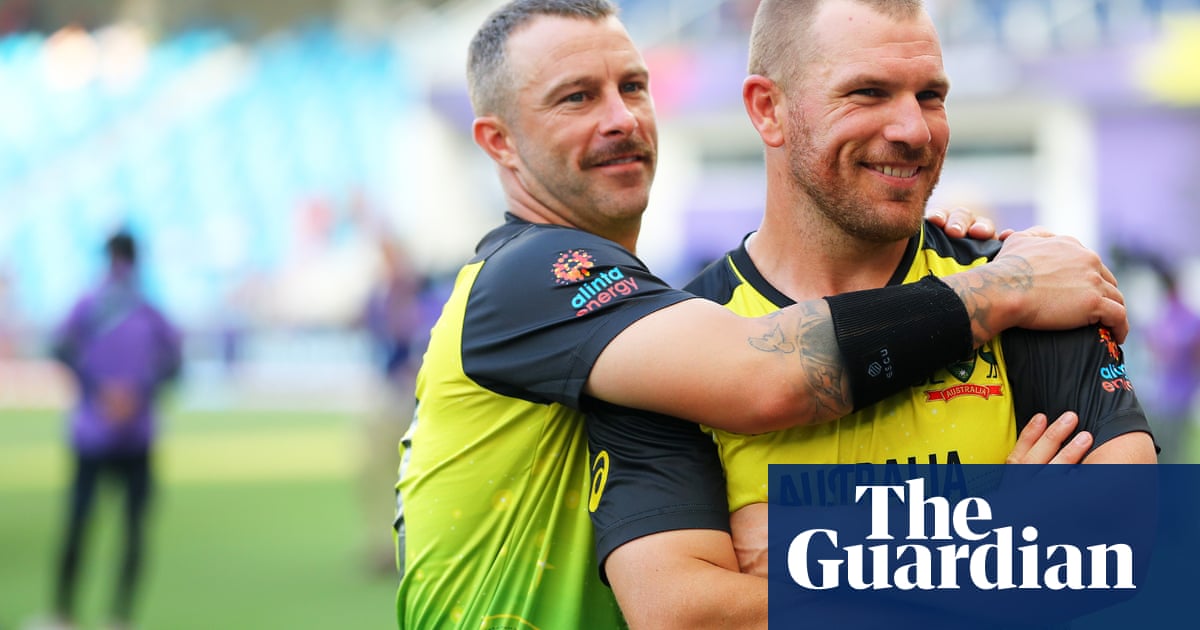 If Australia’s Twenty20 team and World Cup campaign were each flat after being steamrolled by England a few nights ago, they each received a fair amount of reinflation by Thursday’s performance against Bangladesh. Adam Zampa took five wickets for the first time in the format, almost every bowler struck within their first over, Aaron Finch blazed at the top of the order, and Australia knocked off an embarrassing target of 73 in barely six overs. The resulting boost to net run rate put Australia into second spot in the group, with a better chance now than South Africa of reaching a semi-final.

Some sporting results have little significance when it comes to assessing the strengths of the relative teams. Australia’s recent T20 meetings with Bangladesh all fall into this camp. Playing in Dhaka in August on rugged surfaces that left both teams struggling to reach triple figures, the home team’s wins were standalone pieces of performance art. Conditions at the World Cup were never going to be so extreme.

Nor did anyone predict that when the tournament arrived, Bangladesh would implode. Losing to Scotland in the pre-tournament qualifying round, scraping through to the main draw in second place, choking against West Indies and Sri Lanka, all out for 84 against South Africa. In their last match of the competition against Australia, these were players who were well past ready to sack off the whole thing and go anywhere but here.

So there isn’t much to read into a win in which Liton Das reached for the third ball of the match from Mitchell Starc and steered it into his own stumps. Nor when his partner Soumya Sarkar did the same from Josh Hazlewood the following over. Nor when Mushfiqur Rahim missed a tame delivery from a part-time off-spinner to be trapped in front. Three overs, three wickets, puncture hissing. The Bangladesh scorecard ended up with four ducks and eight scores in single figures. All out in 15 overs, the match barely lasted one regulation innings.

What it will have done, though, is make the Australians feel good. Zampa will be confident against left-handers, knocking off three of them with his wrong ‘un spinning away from the bat among his figures of 5 for 19. Starc had the new ball swinging, which is key to his craft. Glenn Maxwell got a tidy bowl in the Powerplay after being looted by England. And after that same match in which Australia batted in boots of cement, Finch found the middle of the bat and the edge of the arena repeatedly in his 40 from 20 balls.

The only persistent concern will be Finch’s partner, David Warner: his innings featured one vintage Warner punch behind point, but otherwise consisted of a couple of boundaries off the top edge, some dashed singles, and a few missed swipes, including the one that saw him bowled for 18. Even the chance to put away a free hit instead turned into a single to mid-on.

Perhaps the most pleasure the Australians will take will be from the brief closing work of Mitchell Marsh. It is curious, given his lot as a Test player was defined by inconsistency, that this year Marsh has become the most essential part of his country’s T20 batting. His unarguable solidity as he walks out, the snap of sound when he pulled his first ball for four, the refined violence in the way he rifled through extra cover, or pulled another all but beyond the grandstand to seal the win, was the stuff of authority that can inspire others to fall in behind. He didn’t play against England, and this may have made no difference to the result, but it will cheer his teammates to imagine that it could have.

Australia’s position in the tournament is much strengthened. If they win their fifth and final assignment against West Indies, South Africa would have to thrash tournament favourites England by enough to beat Australia’s net run rate. Even if Australia lose, they could keep their semi-final spot via a more likely South African loss. Those contests come around very soon, this Saturday night.

That upcoming fifth match may tell as little as the fourth one. Like Bangladesh, West Indies have had a dud campaign and are waiting for the plane out. Perhaps the ageing and exiting champions have one last hurrah in them, perhaps they will find it hard to care. Sweeping Bangladesh aside has not make Australia the best team in the competition. But for a day or two, it might make them feel like it. Among the vagaries of the short format, this can mean as much as anything else.