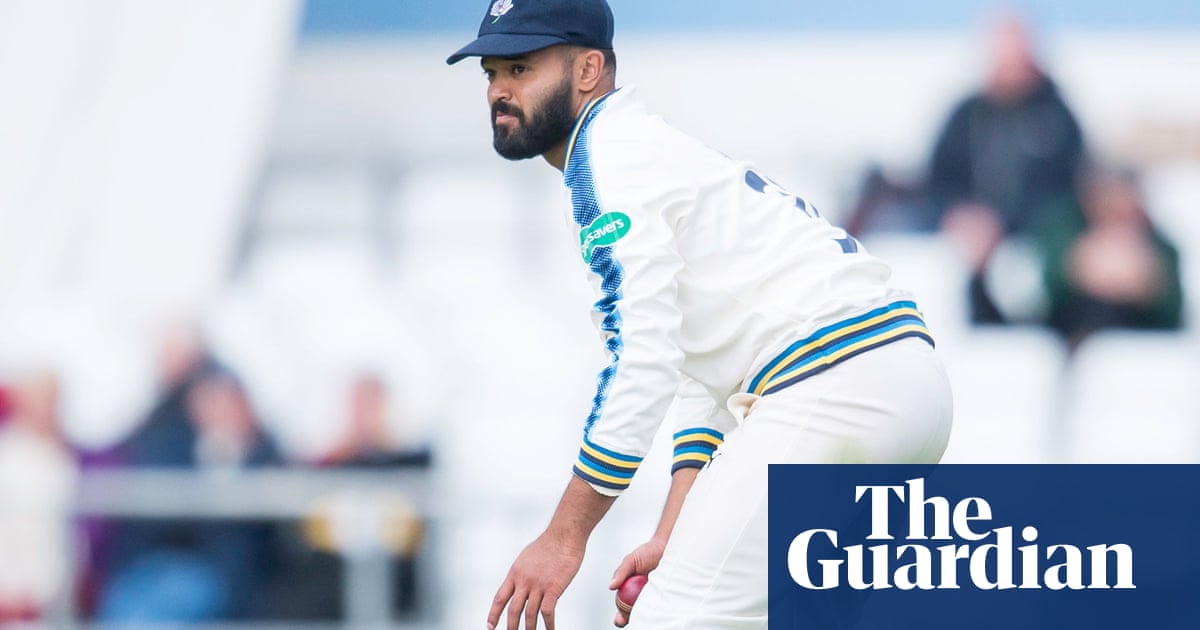 The third Test of an intriguing series between England and India starts on Wednesday at Headingley, but one former Yorkshire player who will not be watching is Azeem Rafiq.

Rafiq, who was once the England Under-19 captain and whose accusations of institutional racism at Yorkshire CCC prompted the long-delayed and still unpublished report into racism at the club, finds any reminder of cricket too painful to touch. The “moment of unity”, held before every Test this summer to show solidarity against discrimination, will be particularly raw.

“I’m with Michael Holding, I don’t know why it had to go away from taking the knee,” he says, talking from Pakistan where he is staying after a family bereavement. “I think it is quite weird, I hope people who are there [at Headingley] will find it awkward. I hope Sky is going to talk on this subject, I think, at Headingley, it needs to be spoken about.”

The club last week offered its “profound apologies” to Rafiq after the report upheld many of his claims. But what particularly upsets him is the club’s description of the allegations as “inappropriate behaviour” and “historic”.

“I felt a lot of frustration, anger,” he says. “I felt so lonely and disrespected by the statement. What I had tried to do was explain to the investigation how I came to the end point that I came to, how isolated incidents had built up, how it made me feel the way I did.

“There are things that happened in my first spell, 10 years ago, but the majority of what tipped it for me was actually in my second spell, right up to the end really. People talk about the ‘race card’, but actually I was in denial that the way I was treated was because of my religion, culture or colour.”

“Unfortunately, Yorkshire have had ample opportunity, almost three years to the day that I went to [non-executive director] Hanif Malik’s house and literally cried in his front room. It could have easily have been resolved, all I was looking for was an acceptance and an apology, I was happy to crack on and move on with my life.”

Espn Cricinfo has reported that Rafiq was offered, and rejected, a substantial sum in return for a nondisclosure agreement. Rafiq won’t talk about that but says: “For me it has never been about a big payout. Even when my emotions were hurt, I let it go for the sake of the cause. A switch came a couple of weeks ago when I found out that someone in that Yorkshire umbrella right now is being treated in a similar manner.

“At that point I thought: ‘Why the hell am I giving opportunity to leadership that frankly do not care?’ I’ve spoken to the person straight myself, first-hand conversation. That took me into a new zone.”

Does he think he has any future in the game? “I have got my level-four coaching assessment in the winter, I don’t know if I want to complete it. In my level-four interview, I told them that when you play professional cricket it should be the best time of your life. Right now, as I’m going through all of this, it is really difficult for me to want to get involved in the game in any capacity.

Rafiq has heard good things about the recently installed Yorkshire chairman Roger Hutton, and has the utmost respect for some of the players, particularly Joe Root – “an outstanding guy”. But he has little trust in the rest of the club.

“I just hope that the game, from the hierarchy above, is going to step in,” Rafiq says. “My hope has never been with the people at Headingley, I don’t have any hope or expectation left for people at that place. I always thought that it was the wrong process for Yorkshire to be investigating Yorkshire, and Yorkshire deciding what everyone could see. I just hope the ECB mean what they say about zero tolerance.”

“As a young boy, I absolutely loved the game, adored the game, I would get up 4am to watch cricket. But as late as last week I got an opportunity to play in America, but I can’t get myself to be around cricketers or cricket people because it brings a lot of hurt back. I just want to put an end to this, be the best dad I can be, the best husband I can be, the best family man I can be.”